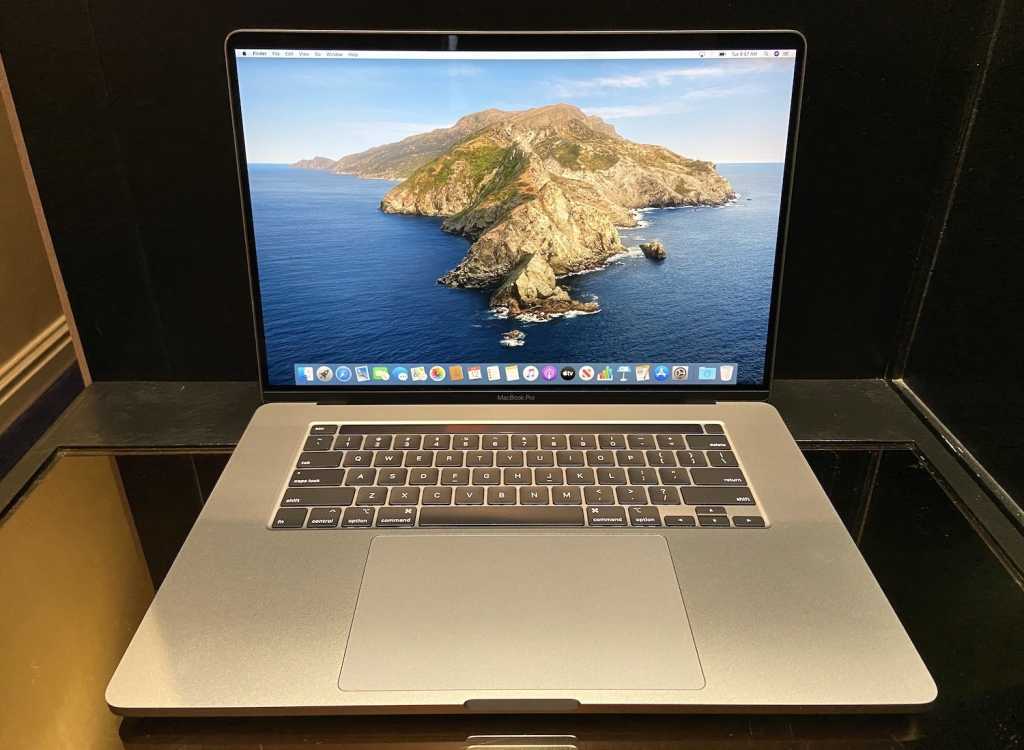 On Tuesday Apple announced the new 16-inch MacBook Pro, which replaces the 15-inch models in Apple’s laptop lineup—and delivers some welcome updates to boot. I have a loaner unit and have already begun testing, so stay tuned for my final review. In the meantime, check out my first impressions below. The short story? This new 16-inch MacBook Pro—which is available for order on Apple’s website, and will be selling in the Apple store later this week—doesn’t completely rewrite the MacBook story, but it’s definitely better in some key areas.

Critics, rejoice: Apple dumped the butterfly-mechanism keyboard that it’s been using in the MacBook Pro since 2016. The new 16-inch MacBook Pro keyboard uses a scissor mechanism, and is based on the keyboard for the iMac and iMac Pro.

This new keyboard doesn’t feel as stiff and hard as the previous, oft-maligned keyboard. The keys feel like they have a tiny bit more travel. With the previous MacBook keyboard, I always felt like I was slamming my fingers against a rock. But the new keyboard feels more like the keyboard on the 2015 MacBook Pro—and that’s a good thing. And it’s much quieter, too. Are you familiar with the pounding sound effect that emanates from the butterfly-mechanism keyboard? Yeah, it’s not there in the new model.

Beyond that, the new keyboard makes some small but meaningful changes to the key layout: The Touch ID button has more room to breathe, the Escape key is back, and the arrow keys get a new config.

Apple reduced the bezels on the 16-inch MacBook Pro, allowing the engineers to spec a larger display for more usable screen real estate. This may not be noticeable to some, but if you’ve been using a 15-inch MacBook Pro for a while and then switch to the 16-inch model, you should discern a tangible difference.

As for actual pixel-by-pixel display quality, there’s nothing about this display that disappoints. Apple still uses a backlit LED and still supports the P3 color gamut, but with a native resolution of 3072×1920, you’re staring at about 5.9 million pixels on screen. The level of detail is tremendous, with color vibrancy to match. If you want to use this MacBook Pro for production work that includes color correction and fine attention to detail, this display is more that up to the task.

Apple updated the 16-inch MacBook with a new speaker system: six speakers total, including what Apple calls “force-cancelling woofers.” The woofers have two speaker drivers mounted back-to-back, which causes them to cancel out each other’s vibrations.

Turn up the volume, and you’ll immediately note the sound output is loud—much louder than what you’d expect from a laptop. And once you get beyond the sheer loudness (well, for a laptop), you’ll really begin to notice the amount of bass it delivers. It won’t make you feel like you’re in a dance club, but it’s deeper and cleaner than what most laptops produce. Overall, the sound is richer and more satisfying than before.

While Apple added speakers to the keyboard chassis, it didn’t sacrifice any ports. The 16-inch MacBook Pro has four Thunderbolt 3/USB-C ports, just like the 15-inch models. And it has a headphone jack, too.

Here are some preliminary benchmark results using Geekbench 5. Since there are preliminary numbers, they could change as we do more testing.

Some quick thoughts on these early benchmark results: Both the new MacBook Pro and the 15-inch models it replaces use 9th-generation Core i9 processors, and one of the 15-inch models included in the comparison here is the same processor as the one in our test unit, a 2.4GHz 8-core Core i9 processor. But even though the processors are the same, the new 16-inch MacBook Pro shows a marginal speed gain, with a 4 percent single-core boost and a 5 percent multi-core improvement. Considering that the new laptops are priced the same as the 15-inch models they replace, you actually get a pretty decent deal after you factor in the other updates, like the bigger screen and new keyboard.

So that’s my early take based on just a half-day of use. Keep on eye out for our full review of the 16-inch MacBook Pro, where I’ll take a closer look at features, design, and usability. And we’ll also run more benchmarks to gauge the performance.