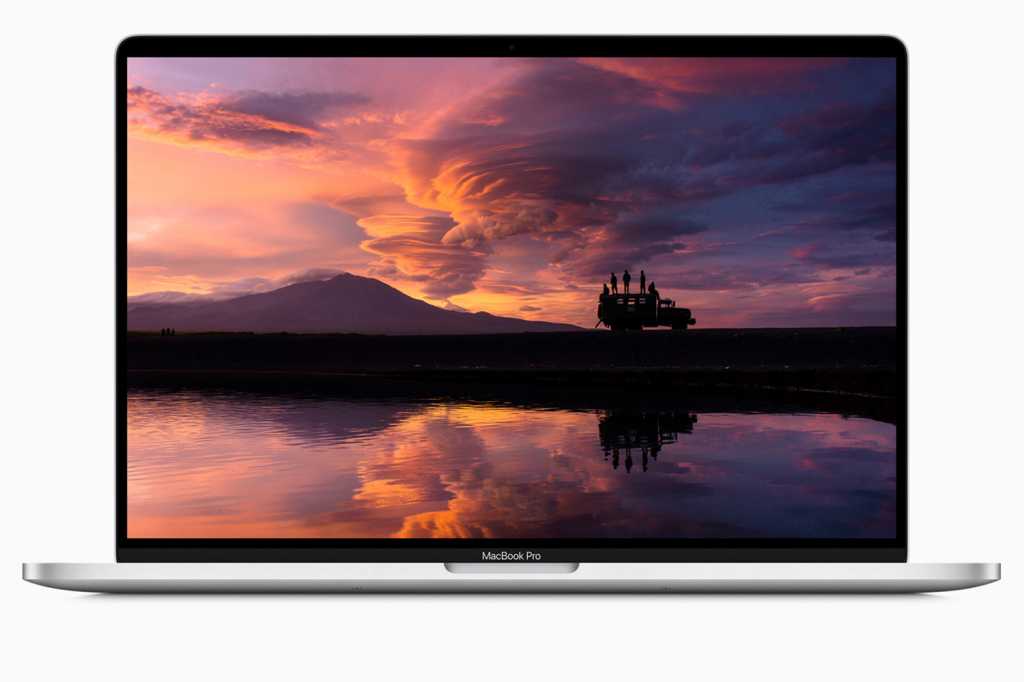 Apple on Wednesday finally took the wraps off the long-rumored 16-inch MacBook Pro, and it ushers in a new era for the highest-end Mac notebook you can buy. Most notably, it brings a much-needed change to the keyboard, eschewing the maligned butterfly mechanism for more traditional scissor keys that should be quieter and more reliable than recent models.

But along with a bigger screen, better speakers, and more battery, the new MacBook Pro still feels like an iterative update rather than a transformative one. Yes, it introduces a new screen size for the first time in years and retires a model that’s been in existence for more than a decade, but aside from some extra pixels, the new notebook doesn’t really break the mold or offer much in the way of big change.

If the new keyboard on the MacBook Pro is worthy of praise—and it is—then the camera deserves some serious condemnation. Not only is it the same 720p FaceTime HD camera that Apple has been using for years—so FaceTime and Skype calls will be no better than before—it brings nothing new to the table at all. The bezel is plenty thick enough for the TrueDepth camera array, and a notebook is the perfect place for Face ID, since your face is constantly aligned with the camera, but here we are with another generation that doesn’t have it.

And while we’re at it, I wouldn’t be opposed to a camera kill switch that lets you shut it down when not in use—so people could stop putting duct tape on their pretty MacBooks.

Anyone who plunks down $2,500 on a 16-inch MacBook Pro will be plenty pleased with the display. It has a 3072×1920 resolution, a wide color gamut, True Tone technology, and 500 nits of brightness. It should be very easy on the eyes for long stretches of work. However, it’s hardly revolutionary. It’s still an IPS LCD, so that means we’re still waiting for the more efficient and brilliant OLED and micro LED displays. We also aren’t getting the rounded corners or 120Hz ProMotion capabilities in the iPad Pro.

But most importantly, Apple is still stubbornly refusing to allow a touch-screen in a MacBook. The Microsoft Surface and other Windows 10 laptops have long proved that a touch-trackpad hybrid is ideal for ergonomic efficiency, but we’re going to have to keep waiting if we ever want one in MacBook.

Don’t get me wrong, the ninth-gen Core i7 and Core i9 processors in the new 16-inch MacBook Pro are plenty powerful, but it’s still stymied by the limitations of Intel. As we can plainly see when comparing iPhone to any Android phone, Apple is killing it when it comes to chips, but we’ve yet to see what the A Series can truly do when unleashed on macOS.

I get it, there are a number of reasons why Apple is holding out on making a Mac with an ARM processor, especially one of its professional notebooks, but it’s hard not to think of the Intel-based Mac as a dinosaur. It might be years before Apple opts for its own silicon in a Mac, but it’s hard to not look at the new chip and not feel underwhelmed.

The 16-inch MacBook Pro might slim the bezels around the screen a bit, but for the most part, the new MacBook Pro isn’t the redesign I hoped for. While the laptop makers are standing out with new materials, ultra-thin bezels and funky screens, Apple has opted to stick with its tried-and-true design. Sure, it might be classic and functional, but it’s also a little stale. Heck, we didn’t even get any new colors.

Granted the MacBook design is still one of the best (and most imitated) in the business, but the new laptop feels like a missed opportunity to truly take it to the next level.