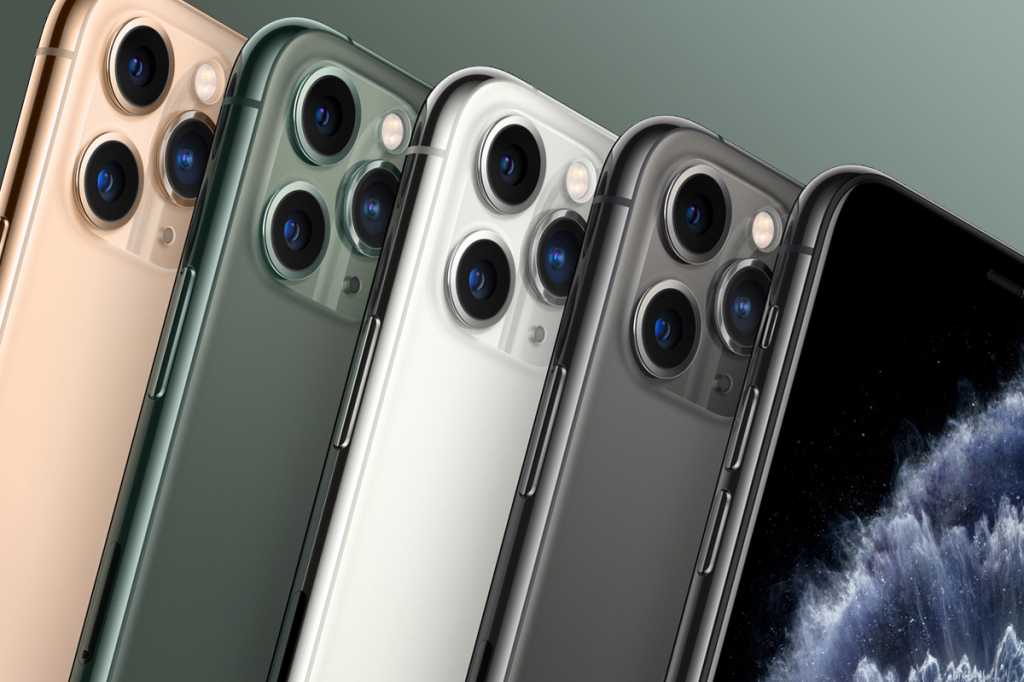 Black Friday is now behind us, but many of the deals are still active and will remain so through Cyber Monday (or beyond). In the “absolute best deals” section below, we’ve updated this list and struck through deals that are no longer active or where the items are no longer in stock as of Saturday morning. Check back with us on Cyber Monday, as we’ll have a new roundup of excellent deals.

This page focuses entirely on Apple-related deals, so you’re looking for a larger selection of Black Friday offers, check out the massive roundup at our sister life PCWorld.

There’s a ton of information to sort through below, so if you’re mainly interested in knowing where to find the products with the steepest discounts, we’ve collected them in this section.

Here’s a generally reliable Black Friday tradition: If you want the best deals on Apple products on Black Friday, steer clear of Apple itself. This year is little different.

Apple is giving out gift cards this year, but only for highly specific purchases. Here’s what you can expect:

In other words, meh. You’ll be better off checking out the summary of the best deals at the top of the page.

Casery: Casery makes some lovely marble-like iPhone cases, and you can get most of them on Amazon for 20 percent offRemove non-product link by selecting the coupon on the product page. This deal lasts through December 2 (Cyber Monday).

Casetify: Casetify makes colorful cases for iPhones, and its products are especially appealing to people who like to switch out cases often. The case-maker is currently running a sale on its siteRemove non-product link through December 2 (Cyber Monday) that makes it easier to buy multiple cases. Simply enter the code FILLMYBAG at checkout. Buy one item, and you’ll save 15 percent on your entire order. If you buy two, you’ll save 25 percent and 3 percent if you buy three. The code works for all items on Casetify’s site aside from licensed accessories.

Mujjo: Mujjo is a popular maker of leather iPhone cases and accessories, and one of its leather cases even made our roundup of the best iPhone 11 cases. For Black Friday weekend, you can take 25 percent off the entire siteRemove non-product link from November 28 through December 3. Just use the code #25off when you check out.

Zagg: Zagg is one of the best-known makers of iPhone and Mac accessories, and it’s also the company behind brands like Mophie, Invisible Shield, and Gear4. From November 27 until December 8, you can take 40 percent off everything on Zagg.comRemove non-product link—although you’ll have to keep it limited to 10 products per order.

As anyone who follows our daily deal posts knows, Amazon is an excellent place to find deals on Apple products. It’s also quite unpredictable. Sales will appear, and then the products will sell out before we even have a chance to write about them. Amazon also does a lot of price matching, which means that if Best Buy offers a killer deal on an iPad, Amazon will likely follow up with one of its own. With that in mind, though, here are the best deals we know of. Just keep in mind that they might change quickly.

AirPods: Amazon is now selling the second-generation AirPods for just $129 (down from 159), which is a match of Walmart’s highly publicized price. Walmart’s stock has sold out multiple times since Thanksgiving morning, though.

Apple Watch Series 5: Get the 44mm stainless steel GPS + Cellular model for $669, down from $749. It’s been at this price for a couple of weeks, but this is still the lowest price we’ve seen.

MacBook Air (2017): This is the older model—that is, the one before Apple ditched the glowing logo and introduced the “butterfly” keyboard. Get this model with 8GB RAM and a 128GB SSD for $699, down $300 from the normal retail price of $999.

Mac Mini: The new 128GB model with a 3.6GHz quad-core Intel Core i3 processor is selling for $699, down from $799. This is the lowest price we’ve seen, but it’s been at this price many times before.

Target has long been one of the best stores to visit for Apple products on Black Friday, and it continues that tradition this year with some fantastic deals on iPhones, Apple Watches, and AirPods. Most of the deals go live for the general public on Friday itself, but Target RedCard and Circle rewards members can start taking advantage of the deals on November 27, the day before Thanksgiving.

Brick-and-mortar Target stores will open on Thanksgiving Day at 5:00 p.m. local time and stay open until 1:00 a.m. on Friday. On Black Friday itself, stores will open at 7:00 a.m. We’ve singled out the Apple stuff below, but if you want to see everything Target is offering, check out its massive 54-page mailer.

iPhone: If you buy an iPhone 11, iPhone 11 Pro, or iPhone 11 Pro MaxRemove non-product link from Target and activate it with either Verizon or AT&T, Target will give you a $200 Target gift card. This deal lasts the whole weekend, starting at 7:00 a.m. on Friday and ending on Sunday, December 1.

Apple Watch Series 3: Get the still-impressive Series 3Remove non-product link for as little as $169.99. It’s hard to confirm, but the model looks like the 38mm aluminum model with the white sport band. Walmart is offering a better deal.

App Store and iTunes gift cards: Buy one gift card at full price and buy a second for 30 percent offRemove non-product link. The values of the cards included in the deal aren’t specified, but it’s probably safe to assume the deal covers all of them.

Walmart has some fantastic deals this year—some of the best, in fact—particularly if you’re in the market for a slightly older Apple Watch. The items below go on sale online on Wednesday, November 27 at 1 a.m. Eastern, and then you’ll see then in stores on Thanksgiving Day beginning at 6:00 p.m.

AirPods: Walmart will be selling the standard second-generation AirPodsRemove non-product link for $129, down from the regular retail price of $159. This is the best price we know of. As of the time of writing, they’re already on sale for $139.

B&H Photo is one of the better destinations for Mac and iMac deals, and this year there are plenty to choose fromRemove non-product link.

We also recommend checking out the two models below. Unfortunately, these aren’t really “Black Friday deals,” as both will end at 11:59 p.m. Eastern on Wednesday night (November 27).

Most retailers drop all their deals on the table at once, but not Costco. Instead, it’s dropping new deals every few days. As such, we’ve organized Costco’s section by date rather than product. Just a reminder: You have to be a Costco member in order to take advantage of its deals.

Some of the best deals, though, aren’t strictly limited to Black Friday. From November 25 through December 24, Costco is selling theGPS-only 40mm aluminum space gray Apple Watch Series 5 for just $354.99, down from Apple’s normal retail price of $399. The larger the larger 44mm modelRemove non-product link is selling for $384.99, down from Apple’s retail price of $429. These are the best prices we’ve seen this watch listed for.

One exception is the discount for the Apple Watch Series 4Remove non-product link, which starts at $299 for the smaller 40mm model, down $50 from the usual retail price of $349.

Staples has some decent deals for Black Friday, but nothing remarkable—we’ve seen these prices (and better) at other retailers. You can take advantage of these deals online on Thanksgiving and in the stores beginning at 7:00 a.m.