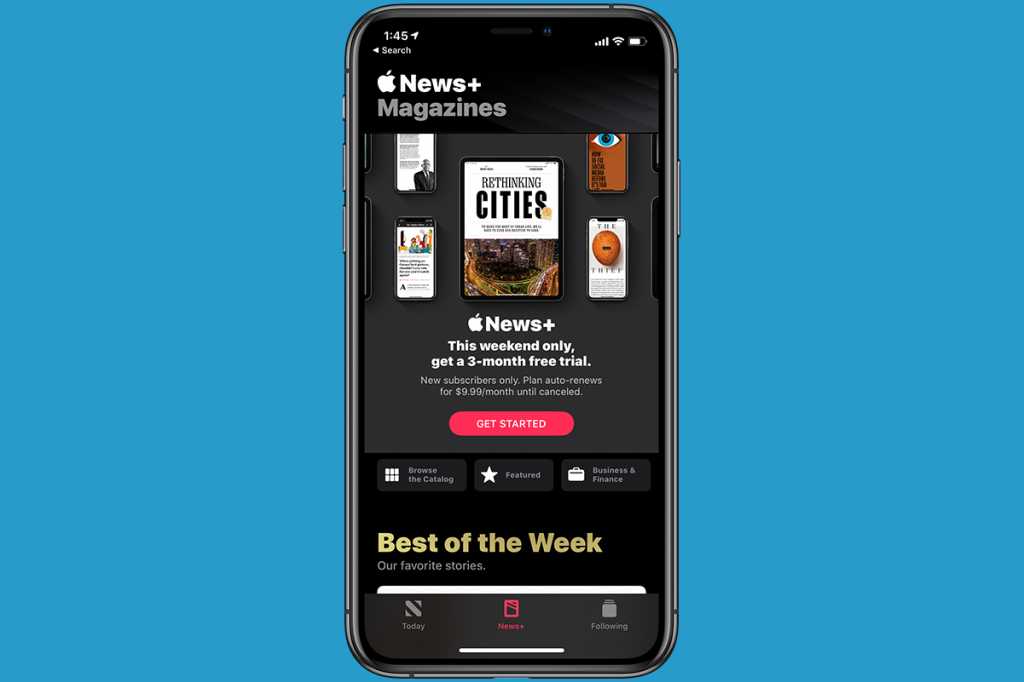 Remember Apple News+? Apple really wants you to give its off-the-radar magazine-based subscription service a shot, so if you’re a new user and you sign up today, you can get a free trial for three months instead of the usual single month. To activate it, go to your Apple News app on your iPhone, iPad, or Mac and press the Apple News+ tab, and you should then see the offer.

Sorry, early adopters: If you used a free trial when Apple News+ first launched and you’d like to see what has changed, you’ll have to pay the full $9.99 monthly fee (or $12.99, if you’re in Canada) to jump in again.

I wouldn’t worry too much—after all, not much has changed. Apple News+ appears to have had a rougher time than any of Apple’s other new subscription-based services, and earlier this month I suggested that may partially be because Apple can’t curate the content as easily as it can with Apple Music, Apple Arcade, and Apple TV+. It has apparently struggled to gain more subscribers than the 200,000 that signed up in March. Among a few other remaining problems I first wrote about in March, the integration with regular Apple News remains wonky and you’ll find a jarring mishmash of PDFs and normal digital text as you jump from magazine to magazine.

It doesn’t look like the experience will get better any time soon. The most optimistic recent rumor claims Apple is thinking about including Apple News+ in a bundle with its other subscription services, and that sounds plausible enough. As for actual improvements, though? Nothing.

But I won’t dissuade you from trying it out if you enjoy magazine content. Macworld, after all, counts as a magazine, and you’ll even get to see our PDF-based digital magazine with an Apple News+ subscription. Magazine writing has given us some of the most literary and timeless works of journalism, and for obvious reasons I’m rooting for anyone who wants more of that in their lives. I just wish the implementation were better.

If nothing else, look at it this way: Apple News+ is a relatively inexpensive ways to read publications like The Wall Street Journal, The New Yorker, and National Geographic.