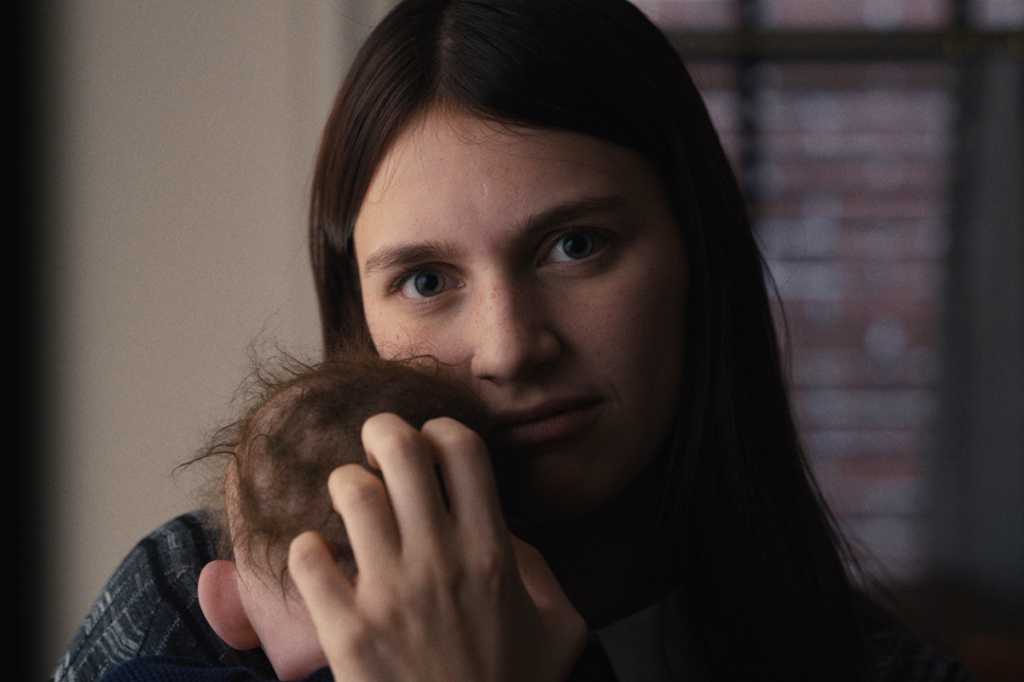 Servant is a show that makes you question what is real and what is not, and a show that might make you suspicious of people you live with and even love. Does the educated, professional woman it shows us truly believe the obvious falsehood before her, or does she embrace it solely because it makes her happy? Are spooky shenanigans really afoot, or do the protagonists have a relatively workaday crisis on their hands? For that matter, you might find yourself thinking, is there anyone in this world who’s not utterly awful?

All of which is to say that Servant is a perfect show for our times. That’s said with tongue firmly planted in cheek, but there’s plenty of evidence that producer (and sometime director) M. Night Shyamalan wants Servant to be exactly that. Every scene of this extremely watchable creepshow suggests that it’s dying to say so many things.

The action brings us into the home of Sean (Toby Kebbell) and Dorothy (Lauren Ambrose) Turner, a well-to-do Philadelphia couple who hire a humdrum Wisconsin girl named Leanne (Nell Tiger Free) to look after their infant son Jericho. This being a Shyamalan production, explaining much beyond that runs the risk of spoiling his twists—and there are several here. Like Knives Out (currently in cinemas), Servant seems eager to stoke the fires of class consciousness, as when we see Sean brusquely dismisses Leanne as “staff,” even though she lives under his roof. It nudges us toward thinking that Sean and Dorothy only get away with the central twist because of the counterintuitive isolation of contemporary life: For all of their celebrity and connectivity—with Apple products, naturally!—Sean and Dorothy never interact with their neighbors. It makes us recoil at aspects of Sean and Dorothy’s bougie lifestyle, particularly when Sean (a consulting chef who works from home) violently rips apart wiggling animals to sate his clients’ tastes.

These are all fine ideas, but so far Servant doesn’t linger on them long enough to make us feel anything apart from the shuddery sense of “ugh” looming over every scene. Good thing, then, that this sensation manages to carry Servant through some of its rougher parts, chiefly through the strength of its cinematography and sound direction. It’s unmatched by anything we’ve seen from Apple TV+ so far. In the first (and Shyamalan-directed) episode, the camera communicates the distance between Leanne and her hosts with long shots down hallways that also evoke gazing into pits. When Dorothy’s lush of a brother Julian (Rupert Grint) conspires with Sean, the camera lingers on their lips, the better to highlight the strength of their connection over those they share with the people around them.

Here, too, are good lessons in well-placed Apple product placement. Servant’s debts to The Blair Witch Project reveal themselves most obviously in the splintery crosses Leanne hangs over Jericho’s crib, but they’re used most effectively in a scene where Julian FaceTimes Sean from a rotting building. Sean watches on his iPad Pro, the window in the corner revealing his dread as neatly as a reaction cam on Twitch.

And while—so far—there’s nothing in the way of human gore, Servant manages to trigger a few horror-appropriate shocks with jarring thwaps and thunks of meat and metal: the hard bump of an eel’s head against a table or a baby’s head slamming into the railing of a crib. (That’s not as bad as it sounds. Or is it? Part of Servant’s horror is that the answer isn’t clear.)

So far, at least, Servant manages to maintain its creepy vibe by piling twist upon twist and routinely unveiling surprises about each of its characters—most of which make them a little less likable than before. Indeed, the ever-thickening plot would probably be overbearing were it not for the presence of Grint, who serves as subtle comic relief but delivers the show’s best performance and leaves behind all trace of Harry Potter’s Ron Weasley (while managing a believable American accent, to boot).

For all that, the core predicament hasn’t changed much across the three available episodes. It’s at once a show where many things happen and a show where not much happens at all. Servant may be one of the best shows in Apple’s new streaming service, but it’s not clear if all these twists can help it maintain the necessary tension over the seven remaining installments. And this season will only be the start of it. Shyamalan claims it will take around six seasons to tell Servant story and, well, that seems excessive.

Horror thrives best in short bursts, whether it’s in the relatively roomy confines of a flick like The Shining or in the bite-size plots in Dark Mirror or The Twilight Zone. (For that matter, some of Stephen King’s most effective frights come from his short stories.) Horror stories also tend to build to violent climaxes that unleash all the tension they spend so long building. Servant, though, seems content to creep along—to be a monster we gawk at rather than flee.

So far, at least, it’s working well enough. Working in Servant’s favor is the fact that its episodes are only around 30 minutes long and that, from here on out, we’ll only see a new episode every Friday. So long as you watch one episode per week, that’s probably enough to sustain the chills. One episode at a time, it’s riveting. But some of the magic was already wearing off after watching three episodes back to back, and it’s hard to imagine an entire season of Servant ever being something someone would want to watch in a single viewing. The scenes and situations get familiar. Even the well-crafted spookiness becomes just another character.

If it keeps up, this direction won’t be good for the show’s longevity, but perhaps it will serve as Servant’s more relevant and most frightening lesson: Given enough time, given enough exposure, even the most disturbing and unsettling circumstances can become mundane.