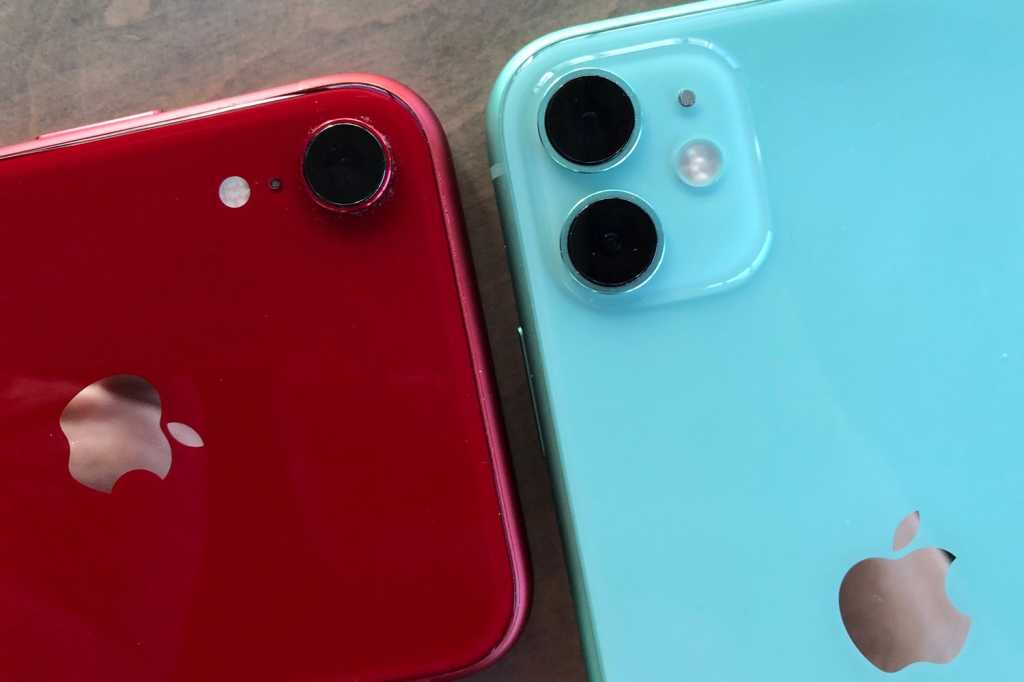 It hasn’t even been three months since the release of Apple’s latest iPhone lineup and already the rumor mill is working overtime on what might arrive in the company’s smartphones next year and, believe it or not, the year after that.

Even if the iPhone is making up a smaller percentage of Apple’s revenue these days, it hasn’t ceased being the product that defines Apple, meaning speculation remains at peak levels. And all the smartwatches, streaming services, and fancy wireless headphones aren’t going to be changing that calculus anytime soon.

Certainly the next iPhone is still a way off, but it’s worth taking a moment to look at this latest round of rumors and think critically about what they might portend—even if they don’t end up coming true.

No port in a storm

Let’s start with the latest tidbit to dribble out: that the 2021 iPhone—not this coming year’s, but the year after’s—will lack any sort of physical port whatsoever, relying instead on wireless connectivity for both data transfer and charging.

On the face of it, this idea hardly seems difficult to believe: the company’s long been on a mission to reduce and, where possible, eliminate ports. The iPhone 7 did away with the headphone jack. The 2015 MacBook had only a single USB-C port for power and connectivity.

With the inclusion of wireless charging in more recent iPhones, it’s certainly not impossible that Apple is heading in this direction. Removing the data port frees up more space on the interior of the phone, which potentially means more battery life, and removing it on the outside opens up the possibility for—an Apple favorite—a thinner phone. Not to mention that it’s one less thing you have to water- and dust-proof.

All of that said, part of me remains skeptical. For one thing, wireless charging isn’t yet as omnipresent as physical plugs. It would be all too possible to get stuck somewhere with no ability to charge. For another, physical connections allow for a level of diagnostic troubleshooting that you can’t always do via a wireless connection (especially if the wireless capabilities are themselves the problem). Even the Apple TV has a secret Lightning diagnostic port. Plus, there are still accessories that you just can’t use without a port—microphones, for example—which means Apple might need to come up with some way to accommodate users of those devices.

I definitely think it’s plausible that Apple is currently experimenting with the idea of an iPhone without physical ports—heck, these days I rarely plug my phone into anything but my car charger. But not everything the company investigates ends up in a shipping product.

A vocal contingent of iPhone customers have certainly made their desire for a smaller phone known ever since the iPhone SE was discontinued. This may not quite scratch that itch, as even a 5.4-inch model would be considerably larger than the iPhone SE’s 4-inch display. Sadly, the rumored SE 2 successor that could arrive next spring would likely be the size of the current iPhone 7/8 models.

It seems not unlikely that Apple will eventually broaden its lineup to include smaller phones again. After all, if you’re looking to appeal to customers who aren’t currently buying your product, you could do worse than filling a product gap that your lineup doesn’t address.

The sound of one finger tapping

Finally, there remains a persistent theory that Apple will bring back Touch ID in its home-button-less phones by embedding a fingerprint sensor underneath the screen, using an ultrasonic method developed by Qualcomm. Some phones already on the market use this technology, including Samsung’s Galaxy S10; however the version Apple would theoretically use would probably be more advanced, allowing users to place their finger anywhere on the screen rather than a specific spot.

I remain skeptical about this. While there are still some circumstances where Touch ID is more friendly than Face ID, they are vanishingly few. Plus, the ultrasonic fingerprint technology is still in early stages—the Samsung models that used it initially had issues with screen protectors, which could accumulate dirt and particles that might be mistakenly recognized as a fingerprint.

More to the point, Apple is not a company that goes backwards often; even the recent update to its MacBook Pro keyboards was put forth not as a step back to the old mechanism, but forward to a new, even better mechanism. With the amount of time that the company has put into talking up the security and magic of Face ID, I have a hard time believing that it would decide to come back around to a fingerprint reader. And if it does, you’d best believe that the feature would need to work a whole lot better than the current generation if the company is to devote any of the valuable real estate inside of its phones to the technology.