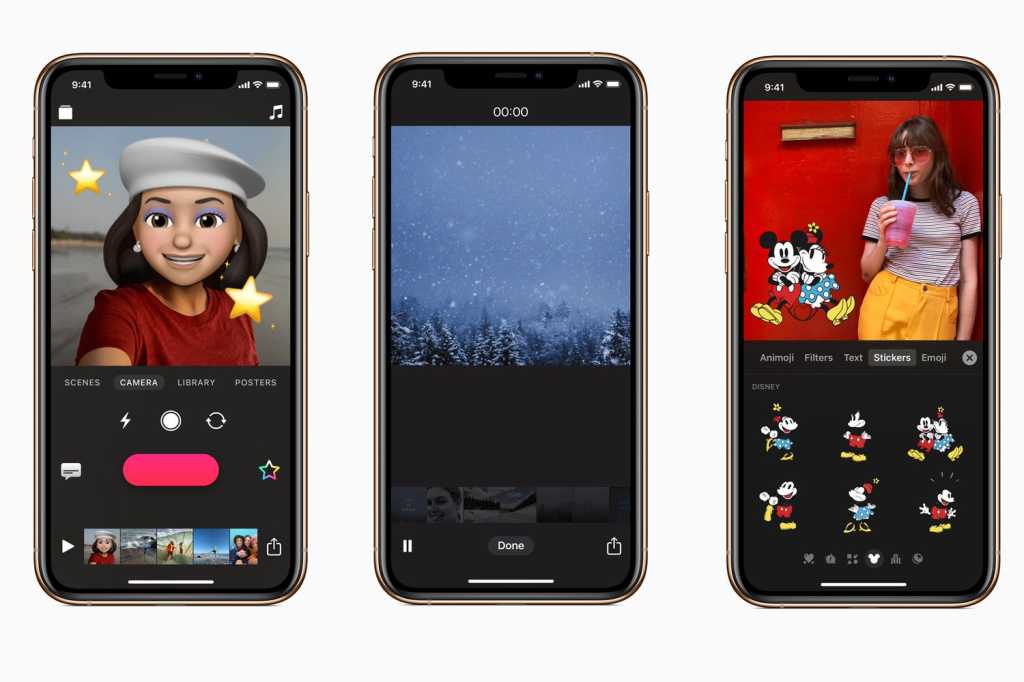 Apple on Thursday did not release the Mac Pro that they said would ship in December. The company did, however, release something that probably is more appealing to the general Apple customer: An update to Clips, its iOS app for creating and sharing short video clips.

The main feature of the 2.1 update is support for Animoji and Memoji characters. Memoji that was made in the Messages app can be brought into Clips, and Memoji and Animoji characters can be layered with stickers, filters, and animated text. Animated stickers and emoji now follow the movements of a user’s face using the iPhone and iPad’s front-facing camera.

Other new features include a new “Let it Snow” poster, seven new Mickey Mouse and Minnie Mouse stickers, and support for right-to-left languages.