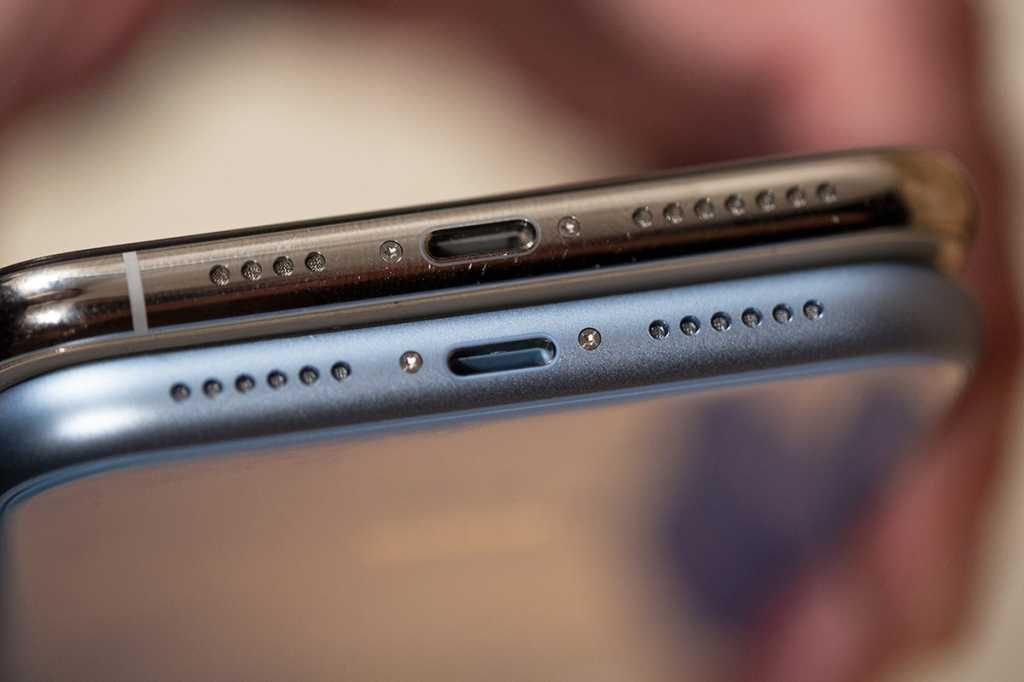 Does Apple think that a single port is still one port too many? That’s a possibility according to analyst Ming-Chi Kuo, a relatively reliable source on Apple’s supply-chain plans, who reports that in 2021 Apple will launch a high-end iPhone without a Lightning connector.

Apple pushing Lightning out of the equation isn’t surprising—the USB-C port on the iPad Pro could be a portent for such a move—but that’s not what Kuo is actually suggesting. He’s suggesting the Lightning port will be removed, to be replaced by a “completely wireless experience.”

I want to laugh this report off, but I can’t. This is the company that deleted the headphone jack on the iPhone a few years ago—a move that seemed far-fetched when it was rumored, and was absolutely true. Fool me once, shame on me—this time I’m going to take this report seriously.

The key first question is: why would Apple choose to do this? Some ideas:

Aesthetics and corporate philosophy. I would hope the company has learned from some of its recent missteps and wouldn’t delete a port just because ports are ugly and break symmetry and that the platonic ideal of a device is one without visible buttons or ports.

Engineering flexibility. I’m sure that, as with the headphone jack, there’s an argument that removing a mandatory port opens up space inside the phone for other technology, more battery, or both. Perhaps even more importantly, a port has to be located in a very specific, convenient place on the outside edge of a product—so when you delete it, you don’t just get back space, you increase the flexibility engineers have in positioning items inside the device.

One less point of failure. I don’t hear a lot of reports of Lightning ports failing, but failures happen. The fewer ports exposed to the outside world to be shorted out or clogged with lint or peanut butter or whatever, the fewer iPhones needing repair.

Ruggedization. For the last few years, Apple has been increasing the water and dust resistance of its iPhones. While this is a positive trend, Apple is still unwilling to replace iPhones that fail when they get wet. If you drop your iPhone in the toilet and it dies, it’s your fault, no matter how water resistant it was supposed to be. Perhaps the removal of the Lightning port might be another step on the road to creating an iPhone that’s truly waterproof, not just water resistant.

How we use Lightning

Are any of these points enough to merit the deletion of the port? What about a combination of them? We can’t begin to answer this question without considering how the Lightning port gets used today, and how that would be disrupted by a move like this.

Charging. Yes, Qi charging is a thing. I have two Qi chargers. But when you need to charge fast, wires are more effective. And when you’re out and about, how do you charge your iPhone if there’s no charging port? Are we meant to replace our external battery packs and USB chargers in cars, airports, and airplanes with inefficient Qi chargers that waste power that should be going straight to our phones?

Disaster recovery. Ever tried to revive an Apple Watch bricked by a watchOS beta? You can’t, because there’s no equivalent of the device reset found on the iPhone and iPad, where you plug in a device via a wired connection and wipe it clean. Imagine an iPhone unable to be reset by such means.

USB connectivity. I don’t transfer large files between my Mac and iOS devices over a Lightning cable much these days, because AirDrop is fast and convenient. But some people do still sync data between Mac and iPhone, and wired connections are much more stable. You can also attach almost any USB device to an iPhone via an adapter, adding items like musical instruments, microphones, ethernet adapters, and pretty much anything else you can think of. It’s hard to imagine a future iPhone Pro that a professional DJ or musician couldn’t use because of a lack of USB connectivity.

CarPlay. Wireless CarPlay support was announced years ago, but the truth is, most CarPlay units still require physical connectivity to function. It’s hard to imagine Apple releasing an iPhone that is incompatible with a majority of cars, especially since it’s very hard to replace in-car entertainment systems and most people won’t buy a new car just to work with their new iPhone.

How does Apple balance the scales?

Technology doesn’t stand still. Apple can replace some—maybe even all—of the ways we connect using Lightning with different hardware and software technologies. It just has to build those—and weigh the cost of building them against the benefits of deleting the Lightning port.

Purely in terms of data connectivity, Apple could solve this problem with an adapter that connects to the iPhone wirelessly and then provides a Lightning or USB-C port for use with CarPlay or external devices. (If it supports external devices, however, it’ll also need to supply them power—which further complicates the design of that adapter.)

In terms of power, Apple could either replace or supplement Qi charging with a different inductive charging technology that might be more efficient and convenient—and capable of being powered by an adapter plugged in to a USB port on a battery or in a vehicle. Consider something like the Apple Watch charger.

But “completely wireless” can be read a different way. What if Apple replaced the Lightning port with a series of contacts that could be used to transfer power and data when connected to an adapter? The current Smart Connector found on the iPad Pro does this, but at a much smaller scale than would be required to charge a phone and transfer lots of data at a decent speed.

Still, an upgraded Smart Connector might be an option—assuming that it could be added without causing some of the very same engineering complications that might drive Apple to delete the Lightning port in the first place! (If you’d prefer to think of this as a modern-day MagSafe connector, or the Surface Connect, that’s up to you.)

Removing a port from the iPhone and tossing an adapter into the box to compensate is something Apple has done very recently, so it wouldn’t be surprising if it did it again.

That brings me back to my first question: Why do it? What improvement would make it worth it to remove a well-adopted port standard, requiring adapters and potentially breaking compatibility with CarPlay, external battery packs, and more. Is any improvement worth the disruption to users?

It’s hard to swallow that level of disruption. But if recent history tells us anything, it’s that Apple’s unafraid of disrupting its users for what it perceives as a product benefit. If Kuo’s report is correct, we’ve all got a couple of years to weigh the pros and cons of losing Lightning.