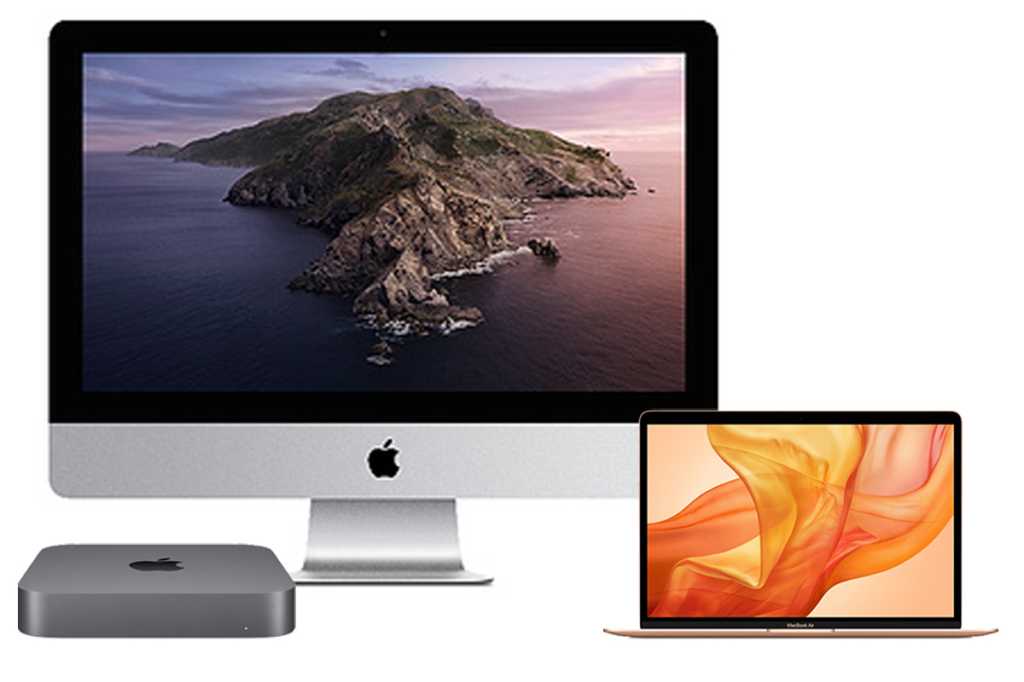 At long last, some two and a half years after Apple declared itself serious about enticing professionals back to the Mac, the Mac Pro is finally here. It joins the iMac Pro and the new 16-inch MacBook Pro as a triptych of attractive options for professional Mac users. That’s great.

But while Apple was focused on the professional market, its consumer-facing options have languished a bit. It’s not that the MacBook Air, the iMac, and Mac mini aren’t perfectly serviceable machines, but they could all use a little bit of love—especially after all the attention that’s recently been lavished on their pro-level counterparts. The consumer Macs may lack the high margins of the pro market, but they more than make up for it in terms of volume.

The iMac, whose design has remained largely unchanged since 2012—and, if we’re being honest, probably 2009—could use a refresh, but it’s the consumer portable segment of the Mac lineup that is crying out for attention. At present, that range, once the crown jewel of the line-up, is surprisingly sparse. The 13-inch MacBook Air is a good product, and will, presumably, be even better once it hopefully ends up with the same redesigned keyboard in the 16-inch MacBook Pro—but it’s only one machine, with relatively few configuration options.

I get it, I do. Apple’s learned a lot from what’s actually important to users with its successes in the iOS device market, where options don’t go beyond color and storage capacity. At times, the company has been dinged for taking some of those lessons too close to heart, such as emphasizing qualities like thinness and light weight over computing power.

Now that Apple has addressed many of those criticisms with the redesigned 16-inch MacBook Pro (and, presumably, some as yet unannounced but likely update to its 13-inch counterpart), it may be time to refocus on a few of the other benefits that it could import from its iOS line-up. Thinness and lightweight aren’t inherently bad—throw in some all-day battery life, and there’s a compelling Mac laptop that a lot of consumers would probably jump at the chance for, even if it meant sacrificing some power in exchange. A lightweight laptop designed around a custom-built Apple processor seems like it would go a long way to filling that niche.

More to the point, it would provide another very distinct option alongside the MacBook Air—because as good as the Air is, one size doesn’t fit all when it comes to laptops. There’s a reason that the 11-inch MacBook Air and 12-inch MacBook existed alongside larger, more powerful counterparts. Even the iPad has multiple consumer options, from the iPad mini to the iPad to the iPad Air.

The same could be said about price points. The MacBook Air, in addition to being the only consumer-focused laptop in Apple’s lineup, is also the company’s entry-level option, just barely hitting that sub-$1000 price tag. That’s long been a staple for the company, but if it’s time to shake things up in the laptop lineup, perhaps it’s time to reconsider the price range that the Mac exists in as well.

I’m not suggesting Apple make a bargain basement laptop—that’s simply not the way the company does business. But even experimenting with an $800 or $900 price point could go a long way to making the Mac seem more accessible, especially to first-time buyers. That may position the Mac in direct competition with the iPad—but, honestly, that’s already happening. The entry-level 12.9-inch iPad Pro is just $100 less than the entry-level 13-inch MacBook Pro, and if the iPad lineup can scale up to what’s traditionally been a laptop price point, there’s no reason the Mac can’t scale down into tablet territory.

This gets to the heart of something that Apple seems to finally be recognizing: Mac users and iOS users aren’t the same. Sure, many folks use both platforms, but there are always going to be customers who prefer one or the other, so why not appeal to both? The company has, in recent declarations, staunchly upheld that the Mac is the Mac and iOS is iOS, and never shall the twain meet—or, less poetically, what works for iOS users doesn’t always work for Mac users. Mac customers buy Macs because they want the Mac, not just because they want any consumer-level computing device. To many of them, an iPad—comparable though it may be to a Mac laptop—simply doesn’t fill the same niche.

Perhaps it’s time for Apple to take a long look at exactly what a consumer Mac is, with the same sort of attention so recently bestowed on the pro market. Let’s just hope it doesn’t take two and a half years.