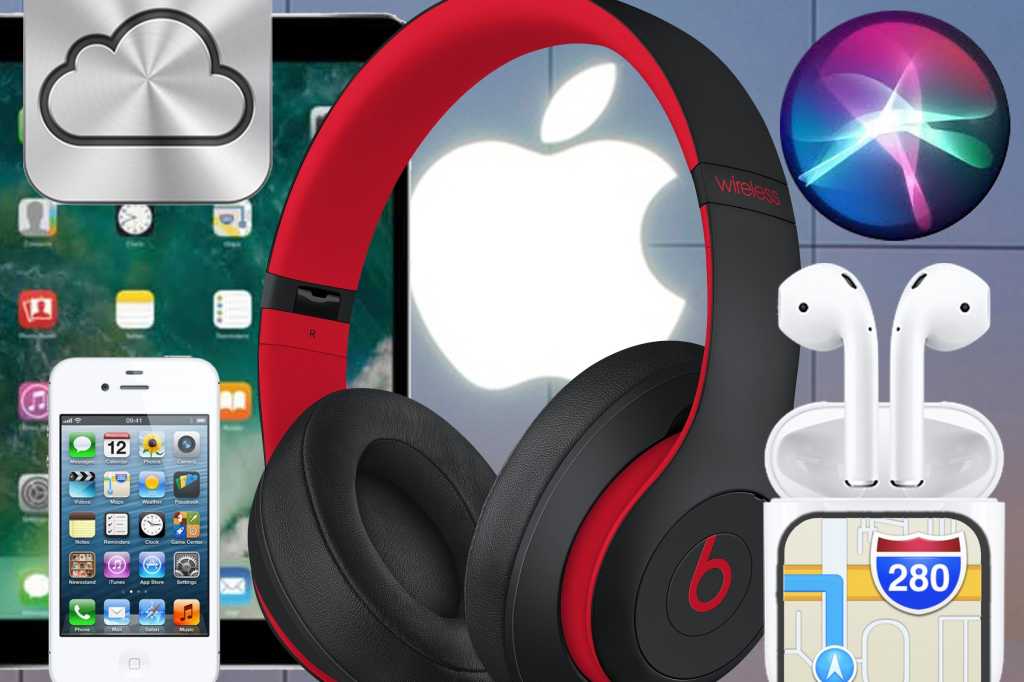 As 2019 comes to a close, Apple is stronger than it’s ever been. Its market cap is well over a trillion dollars, services are in full swing, and all indications are that the holiday quarter will both set a new record and recover from last year’s stumble.

But the road to success wasn’t nearly as clear in the closing weeks of the 2000s. Yes, there were clear signs of the iPhone’s impending dominance, but the Apple we know today was quite different 10 years ago. Here are the top 10 moments that defined Apple’s decade.

The iPad is unveiled

Apple entered several new categories over the past 10 years but none were more landscape-shaping as the iPad. An instant hit, the iPad took the iPhone’s 3.5-inch screen and super-sized it to 9.7 inches to make reading, watching movies, and surfing the web easier on the eyes. The iPad has spawned dozens of imitators, but no one has been able to nail it like the original iPad did.

The announcement of the very iterative iPhone 4s would have been completely overshadowed by the declining health of Steve Jobs if not for the introduction of the world’s first smartphone digital assistant named Siri. And it was mind-blowing, not so much for what it knew, but for how well it understood what you were asking. These days Siri has basically been lapped by Alexa and Google Assistant, but those first moments were downright magical.

We all know it was coking, but it was no less of a shock when we heard the news. Just a day after he missed the introduction of the iPhone 4s—though his empty “reserved” seat was prominently featured—and weeks after he stepped down as CEO and handed the reins to Tim Cook, Steve Jobs succumbed to his battle with cancer at 56 years old. Cook has done an admirable job filling Steve’s shoes as a CEO, but Apple may never fully recover from the loss of its founder’s vision.

Perhaps Apple should have called it MobileMeaculpa. But iCloud wasn’t just a replacement for Apple’s beleaguered $99-a-year MobileMe service. More importantly, it cemented the iPhone as an independent device, moving files, photos, and music to a digital locker so they no longer needed to be stored on a Mac or PC. iCloud has steadily added features and functionality, and today it’s one of the most robust cloud services around. Even with the same meager 5GB of free storage it had when it launched.

The iPhone opens up to Verizon

For five years, AT&T had exclusive rights to the iPhone, but that changed in 2011 with the launch of the first iPhone that supported Verizon’s CDMA network. It was a huge moment, not just for the iPhone, but for Nokia, BlackBerry, and every other handset sold in Verizon retail stores. It started off relatively slow, with just 2.3 million activations in the first quarter, but by the holidays, sales were booking, and the iPhone was well on its way to crushing the competition.

Apple charts its own Maps

Apple Maps got off to an inauspicious start, to say the least. Driving directions were suspect, bridges were melting, landmarks were mislabeled, and it only made users long for Google Maps (which wouldn’t return to the iPhone for another two months). It was so bad that it garnered a rare apology from Tim Cook. But as bumpy as those early roads were, Apple knew that it had to take over mapping on the iPhone lest Google continue to drag its feet on delivering turn-by-turn navigation and other modern features. Back in 2012, Maps was a risk that looked like a spectacular failure at first, but Apple stayed the course, and you wouldn’t know any of that by using it now.

Apple rarely makes splashy acquisitions, so the $3.2 billion purchase of Beats was certainly a headline grabber. But in hindsight, it was about way more than the cool factor. Apple was already charting out a streaming music service and a headphone jack-less iPhone, and Beats gave Apple a path to both. Simply put, we wouldn’t have AirPods or Apple Music without the Beats acquisition—and HomePod would probably be a whole lot less bassy.

When a pair of attackers walked into a company Christmas party for the San Bernardino County Department of Public Health in December 2015, no one thought the shooter’s government-issued iPhone 5c would be at the center of the case. But that’s exactly what happened. After the FBI and NSA failed to unlock Syed Rizwan Farook’s iPhone, they ordered Apple to help, and Apple flat out refused. What followed was nothing less than a stand for privacy, with CEO Tim Cook leading the charge and declaring the Apple has “a responsibility to protect your data and your privacy.” It became a watershed moment for the iPhone, and Apple has only dug its heels in deeper since the case was dropped, with Face ID and deeper controls built into iOS.

The launch of the Apple Watch in 2015 was definitely a milestone, but it wasn’t until a year later when we realized the true reach of wearables with the unveiling of the Apple Watch Series 2 and AirPods. The Apple Watch Series 2 dumped the ostentatious solid-gold Edition line and instead emphasized fitness with 50-meter water resistance and built-in GPS, a brighter display and a faster processor. But it was Airpods that stole the show. Announced mere minutes after Apple shocked the world by removing the headphone jack from the iPhone 7, it showed that Apple was already preparing for a post-iPhone world with a series of wearable devices that were more than mere accessories.

While the shock of Jony Ive’s announcement that he was leaving Apple had worn off by the time he was officially removed from Apple’s Leadership page, the impact is still very much unknown. While it was rumored for years that Ive had taken a reprieve from the day-to-day designing work at Apple, his unique sense of style can be felt on everything Apple released this decade, all the way up to the AirPods Pro. What we don’t know is how much of his design prowess will still be at Apple’s disposal. He’s not retiring, he’s merely stepping away from Apple to start his own design firm, LoveFrom, of which Apple will be a client. But even if he’s still consulting, his influence won’t be as heavy as it was, and gradually the Jony Ive design language will be phased out completely. But like Steve Jobs, his legacy will be forever etched into Apple’s DNA.