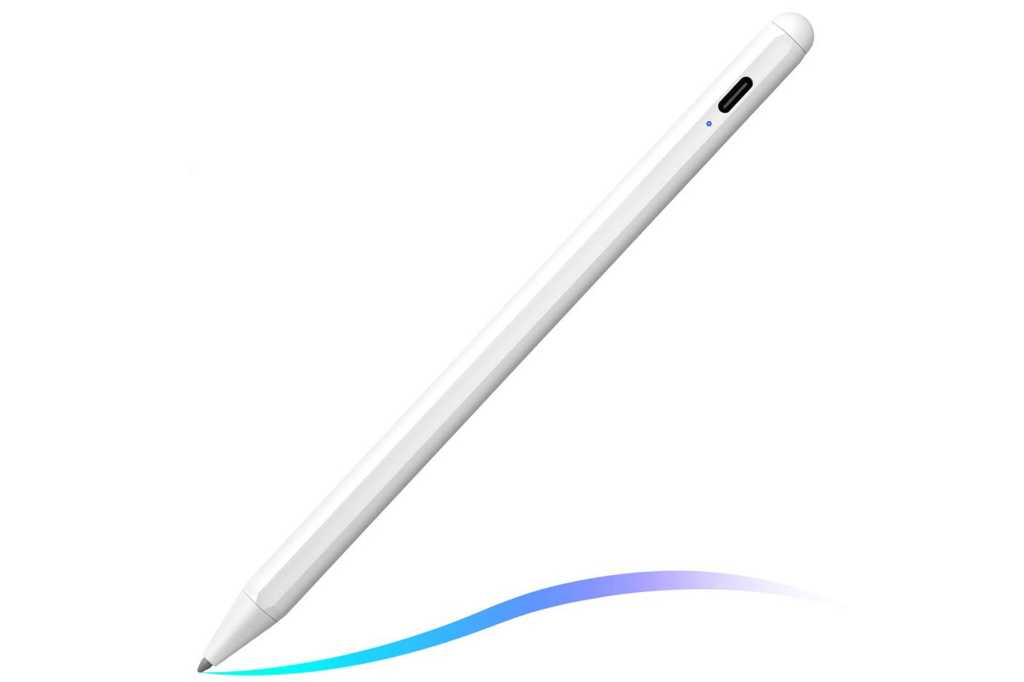 If you own a new iPad, iPad Air, or iPad Pro, the Apple Pencil is more than a handy tool—it’s practically indispensable for drawing, taking notes, or just getting more finely-tuned control over navigation. However, at $99 and $129, the Apple Pencil is pretty pricey. But it’s not the only option. Today, Amazon is selling a third-party stylus built exclusively for the iPad that’s nearly $70 cheaper than the Apple Pencil.

The Fojojo Stylus Pen normally sells for $40, but today it’s just $32 on Amazon after you clip the on-page coupon Remove non-product link. It features a 1.2mm carbon fiber fine point, with a smooth, lag-free performance. Palm rejection technology allows you to rest your hand on the screen while you write or draw, without messing up what you’re working on. A long battery life is aided by an auto-sleep function, which will put the stylus pen to sleep after five minutes of no use. Charging is handled via a USB-C port, so you’ll need a separate plug or adapter if you own an iPad with a Lightning port.

But don’t take the company’s word for it. This stylus averages 4.4 stars out of 5 on Amazon across nearly 600 user reviews, with a whopping 85 percent of reviewers giving it 4 or 5 stars.

Alexandria is a freelance deal hunter for the TechConnect editorial team.