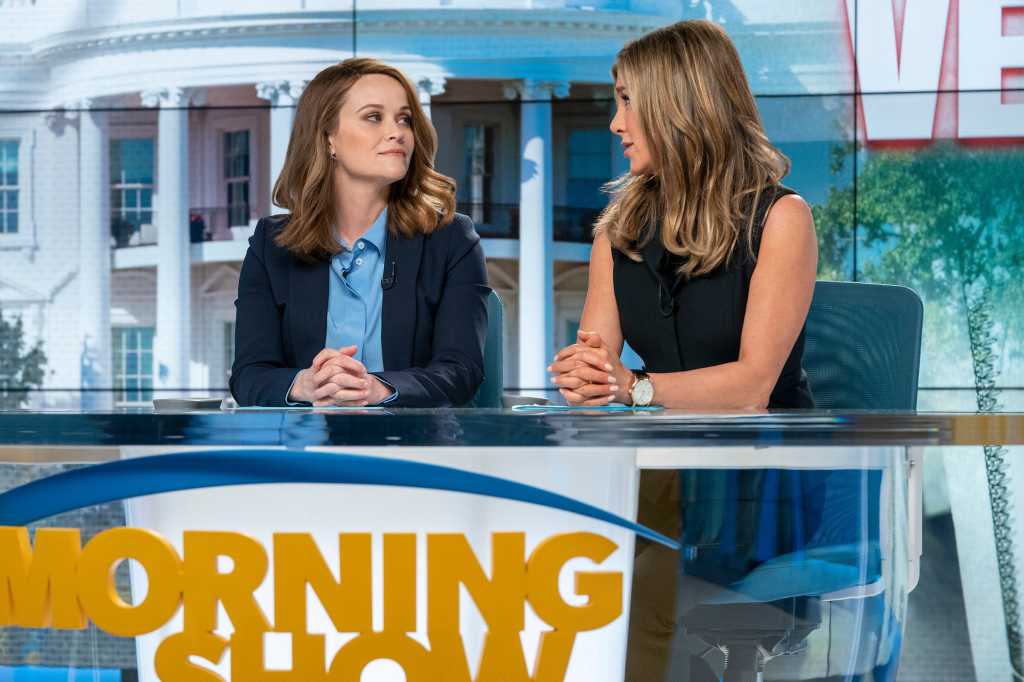 Just like the iPod, the critics got it wrong. Apple might not have won the coveted best drama award for The Morning Show at the Golden Globes, but the first season was nothing less than one of the best I’ve ever seen, streaming or otherwise. That’s despite a barely-fresh Rotten Tomatoes score and some truly scathing reviews that nearly convinced me to write it off altogether.

Slate’s Inkoo Kang called it “a giant, faultlessly tasteful gift box filled mostly with packing peanuts.” Ian Thomas Malone labeled it “an elaborate disaster.” Even our own Leif Johnson wrote that the first few episodes had him “wanting to hit the snooze button.”

Between that, the humdrum trailer, and my general disinterest in behind-the-scenes dramas, I didn’t rush to see The Morning Show. In fact, I only really watched it because of my job—as the marquee show of Apple’s newly launched TV service, I basically had no choice. But by the time the eighth and final episode landed, I didn’t want it to end. In fact, it’s been two weeks since I watched the season finale of The Morning Show and I still can’t stop thinking about it. It’s not just that it was the most compelling episode of the show’s first season, it was some of the best television I’ve ever seen.

There’s a scene near the end of the final episode of The Morning Show where Alex Levy (Jennifer Aniston) and Bradley Jackson (Reese Witherspoon) switch roles. For the better part of eight episodes, Levy has been composed and guarded in public (despite a slow breakdown in her personal life), but here she lashes out at a passerby who wants a selfie, letting her emotions erode her professional veneer. Jackson, on the other hand, sheds her naturally combative nature to defuse the situation before it has a chance to turn viral.

It lasts just a moment and is quickly overshadowed by the final scene, but it encapsulates the relationship between the two co-anchors and deftly illustrates how much each has learned from each other in such a short time. Like Jesse Pinkman and Walter White in Breaking Bad or Dana Sculley and Fox Mulder in The X-Files, The Morning Show is, at its core, a platonic relationship drama. And Levy and Jackson are equal parts counterparts and companions.

It’s that dichotomous relationship that makes The Morning Show so enjoyable. Aniston and Witherspoon play off each other like the veteran actors they are, and watching them manipulate, deceive, feign, and seduce each other is a joy to behold. As representatives of the foils of feminism—the wildly successful woman who bites her tongue and looks the other way in the face of a “boy’s club,” and the unapologetic idealist willing to blow it all up for the truth—they each come to the realization that their power is superficial despite the Me Too platitudes poured on them by their co-workers. Both have broken the glass ceiling only to discover there’s another one right above it.

So they join forces to wrestle their deserved power in the most public forum possible: their on-air turf. It’s as gripping and emotional a climax as I’ve ever seen, and leaves the show open to numerous paths for the second season.

While the final episode and closing moments were among the best television I’ve ever seen, it’s the characters crafted by Aniston and Witherspoon over the prior nine episodes that make it so compelling. Until they get on air each day, you never really know which version of Levy and Jackson you’re going to get, as they each need to compartmentalize their various personas to stay relevant and real. As the season ends, their professional facade breaks too, leaving the viewer to stare agape at what’s revealed.

Even without a Me Too narrative of their own, they are victims, but also enablers to the culture that they ultimately rise up against. Alex denies her role in the cover-up until she can no longer bear it, and Bradley is too consumed by her quest for righteousness to see the human toll in her wake until it’s too real to ignore. And when it all comes crumbling down, the exposed layers beneath are raw, fierce, and genuine.

It’s not just Aniston and Witherspoon who make The Morning Show so compelling. Steve Carell plays the arrogant, impulsive, and slightly despicable Mitch Kessler with perfection, Billy Crudup is transcendent as the equally deceitful and trustworthy Cory Ellison, and Mark Duplass shines as Charlie Black, who might be the only truly selfless and blissfully ignorant character on the show.

So, while I’ll admit there are one too many Apple device cameos (surely someone at UBA must use a Galaxy phone), The Morning Show deserves every future nomination and award it’s going to get. But more importantly, it deserves your time.