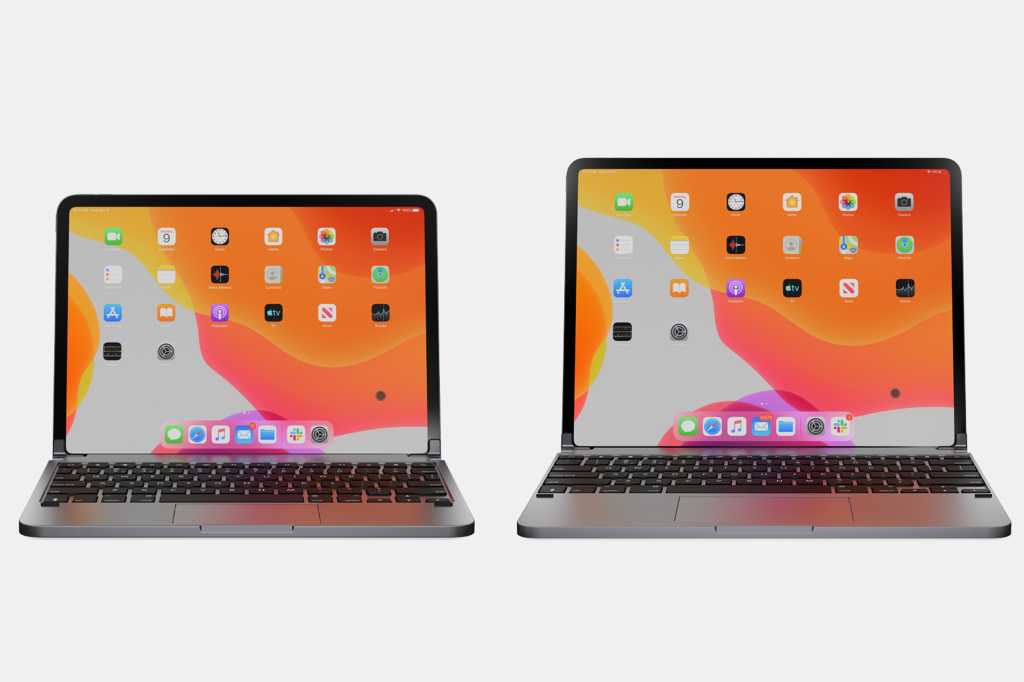 Last week, Brydge, the company that makes my favorite add-on keyboard for the iPad, announced a new iPad Pro accessory that includes both a keyboard and a trackpad. Adding external pointing devices to the iPad wasn’t possible until iOS 13 added support for Bluetooth mice as a part of the Assistive Touch suite of accessibility features.

While some will consider the mere possibility of adding a mouse or trackpad to an iPad to be sacrilege, I prefer to see it as an additional option that can improve the iPad’s flexibility in certain circumstances. However, Apple’s support for external pointing devices is very much a first draft. It needs to continue pushing this feature forward in iPadOS 14—and in doing so, the platform could reap some surprising rewards.

In iOS 13, Apple added support for a cursor—with caveats. If you attach a mouse to an iPad via USB or Bluetooth and turn on Assistive Touch, you’ll see a virtual finger on the screen (it’s a circle with a smaller circle inside it) that you can move around with the device. Even at its smallest size, it’s still pretty large—but so is a fingertip.

Using a mouse with an iPad is a great way to understand just how smart the operating system is when it comes to intuiting what you want to do when you tap the screen with your big, fat fingers. As a Mac user, I expect to need to click precisely the right pixels on the screen or come away disappointed—but on my iPad, if I click in the general vicinity it almost invariably does the right thing.

Unfortunately, the fact that the cursor is a virtual finger is also a drawback. So many iPad interface features are based on gestures, and it’s less fun to try to emulate a flick of a finger with a mouse. Using a prototype of Brydge’s keyboard/trackpad combo, which makes my iPad feel very much like a MacBook, felt even worse—because I expected to be able to use all the Magic Trackpad gestures I’ve internalized over the years, and they’re just not supported. (I’d love to connect a Magic Trackpad to an iPad and then swipe from app to app.)

I’m also disappointed that iPadOS 13 doesn’t appropriately support the one cursor that’s been on iOS for years—the text-editing cursor you see when you put two fingers down on the iPad’s software keyboard. In this mode, the iPad is basically emulating a trackpad, letting you precisely place a cursor, select text, and more. That feature hasn’t been integrated at all, which is a shame, because it would really improve writing and editing on the iPad—and it’s right there for the taking.

iPadOS 13 also introduced an upgraded version of Safari that emulates a desktop browser, so more websites are accessible on the iPad. It’s a clever feature that works surprisingly well most of the time, interpreting how pages expect you to behave with a mouse connected and then emulating that behavior with taps of your finger. The one thing it doesn’t do is recognize when you’ve got an actual pointing device attached and just behave like a normal web browser.

In iPadOS 13, external pointing device support has to be awkwardly toggled on and off every time you want to connect a device. The iPad should be able to sense when a device is connected and use it automatically, just like it works on a Mac.

So that’s a place to start with pointing device support on iPadOS 14: Automatic recognition of devices, support for text editing, support for trackpad gestures, and support for Safari desktop browsing. That’s the start of a good wish list. Here’s the question, though: Will Apple ever implement any of these improvements, or does it consider the current implementation one that’s good enough?

The benefits of pointing devices

The iPad is always going to be a touch-first tablet device. As it should be. But over the years Apple has expanded the input methods that are available for iPads to include the Smart Keyboard and the Apple Pencil. If it embraces pointing devices a bit more, there are a lot of potential benefits for Apple and the iPad platform in general.

First off, let’s go back to where this feature comes from: Accessibility. Providing more ways for users to use the iPad makes the iPad more usable. Every body is different. Supporting a rich iPad experience with external pointing devices could make the difference between someone being able to use an iPad and not being able to use one.

Let’s not forget, too, that accessibility reaches different people in different ways—and more of them than you might think. One of my friends uses a mouse with his iPad all the time because of his repetitive-strain injuries. In many ways, the iPad an ergonomic miracle because at its core it’s just a screen—the user decides how they want to use it. The more flexibility it can offer, the better.

Looking more broadly at the iPad product line, Apple has done a great job in the last couple of years at bringing features previously available only on the iPad Pro to the rest of the iPad line. There’s Apple Pencil support across the line and Smart Keyboard support on the iPad and iPad Air. But the iPad Pro still needs ways to differentiate itself from the non-pro iPad models.

Improving support for pointing devices will help companies like Brydge push the boundaries of iPad accessories, yes—but Apple could also benefit. Imagine a next-generation Smart Keyboard that includes cursor control, via a trackpad or other touch-sensitive surface. I’m confident that Apple could make a pro-level iPad accessory that would blow away the third-party accessory makers in terms of quality—but the software needs an upgrade to make it happen.

Finally, improving pointing-device support could potentially open the door for an entirely new category of device in the iOS family. An iOS-based laptop would offer a rich app ecosystem, a familiar touchscreen interface, and presumably spectacular battery life. Some people prefer the shape of a laptop, but don’t need the features of a Mac or PC. For them, an iOS laptop could be a great product—and it would be even better if it included a trackpad in addition to a touchscreen.

When I’m working away from my iMac Pro, I’m using an iPad Pro. I love its power and flexibility. It can be a laptop when I need it to be, and a tablet when I don’t. The more flexible the iPad platform is, the better. I hope Apple sees that and does something about it in iPadOS 14.