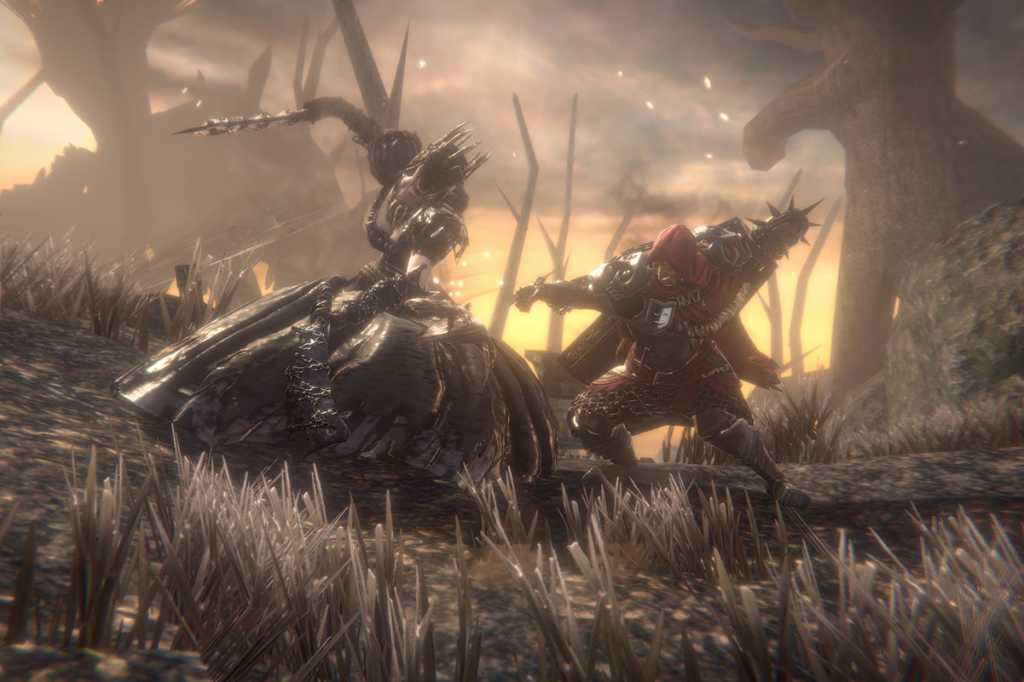 The “Crazy Ascetic” boss killed me during my first battle with him, and you know what? I was glad. It showed that Pascal’s Wager—coming January 16 to iOS—has some real cred as a viable Dark Souls stand-in on the iPhone. And here’s the kicker: I knew I died because I got cocky and not because of any failing on the game’s behalf. That’s proper Souls.

I’ve played virtually all of FromSoftware’s brutally difficult “Souls” games from 2009’s  Demon’s Souls to last year’s Sekiro: Shadows Die Twice, and so I came prepared for the punishment TipsWorks’ upcoming game threw at me in a preview build for around two of its roughly 20 hours. I waited out the rhythm of the ascetic’s three heavy attacks, and then I rushed in and swiped him a few times with my sword before jumping away. I dodged his followup attacks with carefully timed taps of my PlayStation DualShock 4’s “X” button and guzzled health potions in the rare moments when I had a breather. And considering that Pascal’s Wager borrows liberally from a series that tells you to “Prepare to Die,” I wasn’t all that surprised to find myself crushed when he slammed back to earth after a leap to the skies. So far, so Dark Souls.

I was surprised, though, that I was doing all this on an iPhone 11 Pro. Even a coworker was sure I was playing a proper Souls game on a service like PlayStation Remote Play. It’s a stretch to put Pascal’s Wager on the level of a proper Souls game like Bloodborne, but it comes closer than I’d ever thought we see in 2020 on an iPhone.

Even Apple is impressed. Tim Cook and friends showcased TipsWorks’ game at the company’s September event to prove the iPhone 11 Pro was capable of running a relatively graphically intensive game at 60 fps, even if the graphics look a little “last-gen”—probably so it’ll run on something other than the latest iPhones.

I’m shocked Apple showed it at all, as Pascal’s Wager is grim ’n’ gory in a way we rarely see on stages hosted by the folks in Cupertino. Within the first hour, a little girl shivved my character. Not long after, I was stabbing women—admittedly very hostile and creepy women—who looked like Russian peasants toting babies. And after two hours of carving up monsters, I’m still not sure what any of this has to do with Pascal’s wager, a 17th-century philosophical concept arguing that we should live as though God exists even though we can’t prove it. Clearly, few of the stabby people in this world buy into that idea.

A soul of its own

Pascal’s Wager might as well be called Pascal’s Souls, so closely does it riff on the creations of From’s Hidetaka Miyazaki. If you can’t see its obvious debts to Dark Souls in the dodging and creepy vibes, you’ll see it in the little flames highlighting lootable objects. You’ll see it in the way save points replenish your health but also revive all the enemies you fought, although Pascal’s Wager at least has the decency to depict these save points as eggs with twisty stone arms rather than Souls’ bonfires. Heck, there’s even a dude in the opening cutscene who looks a lot like the tricorn-hatted chap on the Bloodborne cover art. We’re getting out of the realm of homage here and into something more like what Samsung recently did when it, erm, borrowed Apple’s Face ID icon.

Fortunately, Pascal’s Wager does have a soul of its own. My favorite difference is the way it let you switch between multiple characters in rest zones and then lets you immediately keep fighting with one of the remaining characters after one dies. At first, I was playing with Terrance, a dude who buckles swashes with two swords and looks a lot like Geralt of Rivia (of The Witcher fame). Later I could switch between him and Norwood, a gold-masked, one-armed knight who totes around an iron maiden that doubles as a shield and a morning star.

And yes, Pascal’s Wager should be hard enough to please Souls lovers—but not so hard that I felt I couldn’t handle with it the touchscreen controls. (But seriously, play it with a controller.) It isn’t quite so keen to make you prepare to die. It’s generous with merchants and materials for potions, and it doesn’t plop save points miles away from bosses in the manner of a true Souls game.

In fact, it made me think of lot of Star Wars Jedi: Fallen Order, a recent and popular Souls-like game that toned down From’s infamous difficulty and—like Pascal’s Wager—sandwiches combat with chatty cutscenes and the freedom to travel to different places. They’re both games that’ll let curious folks understand the appeal of Souls games without fully slipping into their tendency to make you want to throw your controller—or, now, your phone—through the wall.

In this case, we can probably thank the iPhone itself for some of that accessibility. Pascal’s Wager captures a lot of what makes FromSoftware games special without fully embracing their masochism, but I think that’s partly because it’s a mistake to expect a game requiring the precision of Sekiro on an iPhone. Touch controls need to remain an option on iPhone and they’ll always be more finicky (although to be fair, I’ve seen kids work magic in Fortnite with their phones that I find impossible with a controller).

Partly out of what seems like a need to allow for the fiddliness of touch controls, enemies move at a lumbering pace—although they’ll still hit hard if you don’t block. Level designs encourage carefully sneaking around, the better to see (or hear) ghouls slithering up the cliffs for a surprise rear attack. And judging from the two bosses I saw in my preview, there’s nothing like Sekiro’s Lady Butterfly boss that’ll leave you uninstalling the game in disgust after the 25th failure.

It’s a good time for a game like this. The Souls genre is having a day in the sun, thanks in part to last year’s nasty social media debates over Sekiro’s difficulty and the recent popularity of the derivative but lovable Jedi: Fallen Order. Apple Arcade also did a lot to pave the way for Pascal’s Wager, as it showed players—and maybe even developers—that mobile games don’t need to stay in the niche that popular perception crams them in. Indeed, last year Apple did much to blur the lines between console and mobile games when it dropped Sayonara Wild Hearts for Apple Arcade at the same time it dropped for the controller-focused Nintendo Switch. And for that matter, the Switch’s crazy success itself proves that technology-pushing games aren’t needed to support a new gaming platform so long as the games themselves are fun. That’s good news for Pascal’s Wager and any games that want to follow in its footsteps.

Sometimes I even think Apple could have had a leg up on the Switch with games like this if it had only allowed players to use Xbox One and PlayStation 4 controllers years ago. Apple’s decision to limit controller support to its own MFi (Made for iOS) controllers limited the popularity of controller-supported mobile games in general. For years, players balked at the idea of spending $80 on a controller that might work with a mere handful of games, while developers wisely avoided a market that was almost certainly microscopic. By allowing players to use controllers that they probably already had in their homes, though, Apple gave developers an incentive to design games where gamepads take precedence and touchscreens are merely a convenient secondary system. I don’t think it’s a stretch to say that this approach opens the door for a future where FromSoftware itself might eventually design its own games for Apple’s handset.

All of this is a long way of saying that I’m most excited for Pascal’s Wager because of what it proves. Even more so than Apple Arcade, it shows that we can have a “gamer’s game” on the familiar confines of a smartphone. This is all the more remarkable as Pascal’s Wager will only cost $6.99 at launch and won’t have microtransactions or ads. And down the road, it’ll even come to consoles and the PC and come with DLC.

I’m not under any illusions that Pascal’s Wager will make the “best of” lists of the big gaming sites. The uneven voice acting in the cutscenes sometimes left me cringing, and I didn’t like how the combat feedback sometimes left me wondering if an enemy had hit or missed me without looking at the health bar. But Pascal’s Wager definitely points to a future where an iPhone-first game might reach that level of distinction. I’d wager that’s a future worth looking forward to, both for us and Apple.