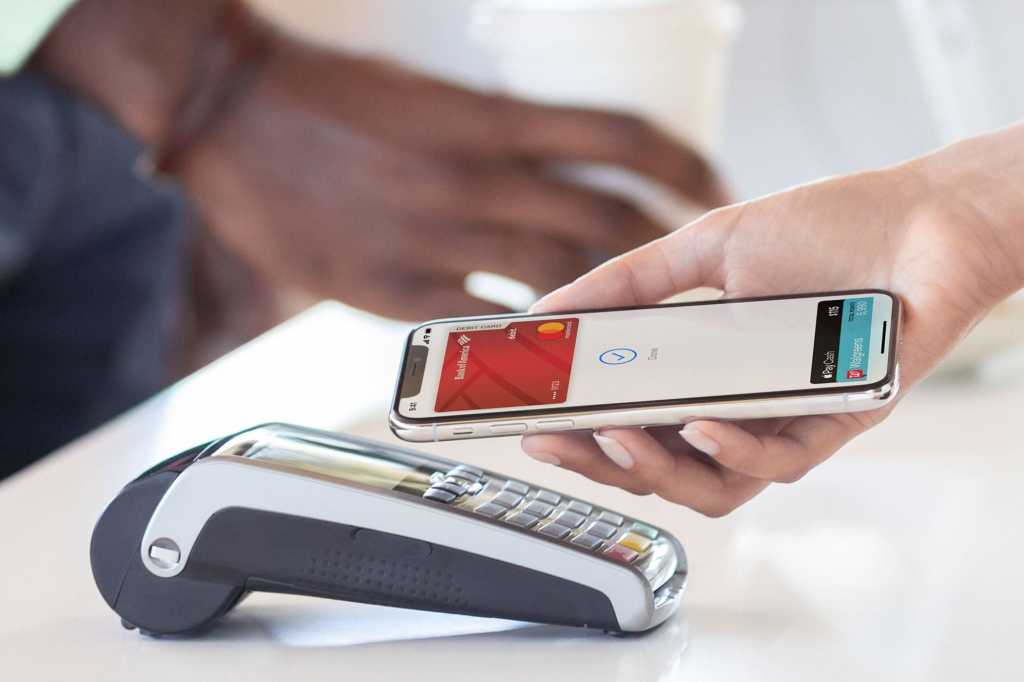 Since getting an Apple Card, I’ve tried to use Apple Pay as much as I possibly can (in order to get the higher 2 percent cash back rate). Forcing myself to pay with my phone as much as possible has taught me several things.

First, Apple Pay is very broadly supported now. I can use it in far more places than I could even two years ago. Second, a lot of vendors don’t know if their payments systems support paying by phone or not, nor how it works. As popular as Apple Pay and Google Pay are, they’re still used infrequently enough that many cashiers hardly ever see anyone try it. When it works, it’s great—it really is a faster, more convenient, and safer way to pay for stuff.

But the thing I learned most is that using Apple Pay rarely saves any time over using a credit or debit card. Half of the places I spend money have loyalty cards of some sort, and I always have to dig into my wallet to grab it.

If Apple is going to make the “just tap and go” vision of Apple Pay a reality, it will need to do a lot more to help vendors integrate their loyalty card programs.

An essential part of payment

Loyalty cards and programs are everywhere these days. Every major drug store chain, supermarket chain, hotel chain, department stores, movie theaters, hardware stores… it seems like any company at which you pay in person that has at least 50 locations has some sort of loyalty card program.

The value they provide is all over the map, but nobody can argue that they aren’t incredibly popular. Many of us have as more loyalty cards than credit or debit cards.

Just about the only time I don’t end up using a loyalty card is when I’m buying something online or when I’m paying at a local restaurant. Paying for something, for myself and so many others, involves taking two plastic rectangles out of our wallets. Loyalty and rewards cards have become an essential part of the payment process.

If you open the Wallet app on your iPhone, then scroll down and tap on Edit Passes, you’ll be presented with a list of your current passes and the options to Scan Code or Find Apps for Wallet to add more.

This is deceptively straightforward. It’s true that there are lots of loyalty programs that will add a card to the Wallet app, but that’s not the same thing as being integrated with Apple Pay. Apps like Lowe’s and REI can add your membership card to the Wallet, and some even let you scan it at checkout, but it’s separate from the payment process. Jumping around in the Wallet app isn’t much better than digging around in your physical wallet.

Only a handful of apps integrate both the rewards card and payment. The Coca-Cola app, Kohl’s app, Walgreens card, and Panera card are the only ones I know of to support not just Apple’s Wallet, but Apple Pay.

With these apps, when it comes time to pay, you just unlock your phone and touch it to the payment terminal. Once. That’s it. You automatically get the appropriate credit added to your loyalty card.

That’s the way it should work, but for most apps, even those that integrate with the Wallet, it doesn’t. At best, you have to open the Wallet, select the right card, scan a barcode, then go back to the wallet to select your payment card and pay.

Boosting support is up to Apple

Apple’s next trick with Apple Pay has to be prioritizing a real “one tap payment” experience that includes the mountain of loyalty cards filling up our wallets.

It’s unclear exactly what the roadblock to greater adoption is, but Apple has lots of levers to pull. The most obvious of which is money—Apple’s sitting over 200 billion dollars of cash on hand. It could easily pay the entire cost of integrating and upgrading loyalty card programs for dozens of major retail chains and it would look like a rounding error.

There may be technological problems as well; restrictions on how Apple Pay works with loyalty cards that need lifting or modification in order to work with the systems retailers use to validate and track loyalty programs. Apple should be talking to Albertson’s, Home Depot, Macy’s, Best Buy, and every other major retailer and restaurant chain to find out what they need to make payment and loyalty cards a one-tap experience.

And while they’re at it, maybe they can work with point-of-sale companies to figure out a way to let me pay by phone at the drive-thru window.