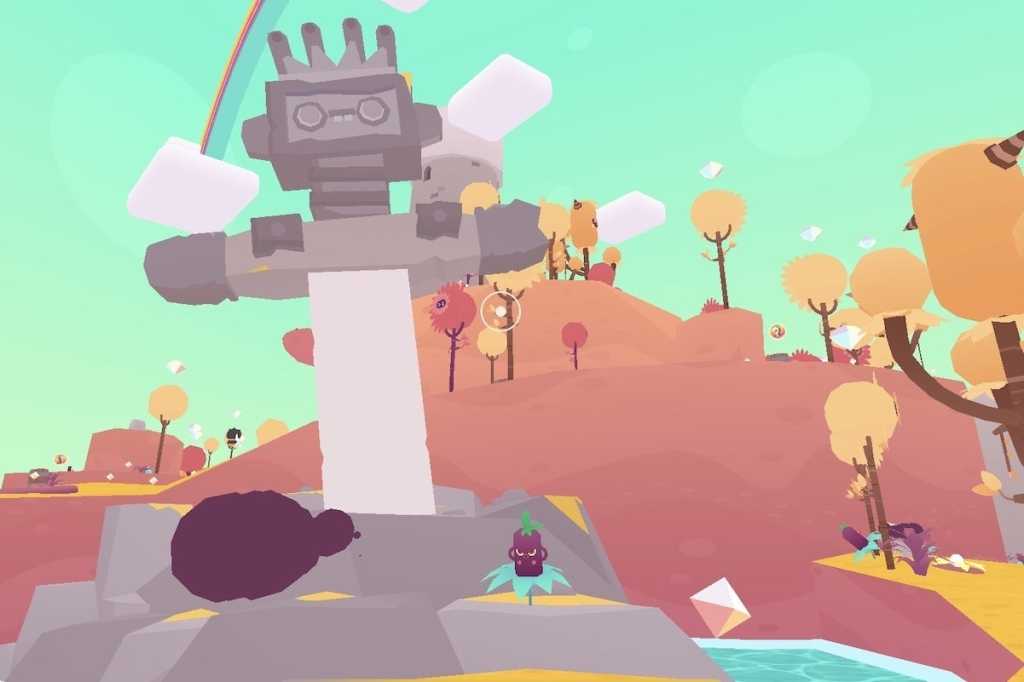 Someday, perhaps, Nintendo will give us a Zelda game where the princess steals into a castle to rescue Link. In the meantime, though, we can act out a similar scenario with Apple Arcade’s new Kings of the Castle. Here, a dragon named Zantorian has locked away the poor Prince Rupert in a castle and she won’t let him go unless the princess manages to pony up around 250 gems.

Zantorian is actually pretty all right as far as royalty-nabbing dragons go. She positively litters her island with diamonds, which makes me wonder if this is all really some kind of Tom Sawyer scheme to get the princess to clean up what she considers trash. She doesn’t even set a deadline for when the princess needs to turn in the gems, and when the princess drops them off, she accepts them with the nonchalance of someone signing for an Amazon delivery.

Maybe she just wants to see the princess do her thing. It’s gotta be impressive to watch. Our hero barrels through the orange grasses of the two islands with a first-person breakneck speed that reminds me more than a little of 1993’s Doom, especially with the basic imagery.

But there are few real baddies here, aside from some spiky mushrooms, some plants that spew ink, and a few grumpy bumblebees. Flame traps occasionally pose a problem, but those are never so challenging as the big gems floating out on the lily pads. Miss them and fall in the water—and you likely will if you’re playing without a controller—and you’ll lose all the powerups you’ve amassed while barreling through bubbles with question marks in your speedy hunt for shiny rocks. One bubble might give you a shield, while another might pull all the neighboring gems toward you.

I found all this fun for the first few minutes. But less than 10 minutes later, I reached the end of the second island and realized I’d already run out of islands to explore. It doesn’t help that the islands look a lot alike, and I can’t shake the feeling that even a simple palette swap might have shaken it up. Zantorian may be rich in games, but clearly she hasn’t bothered investing all that into real estate.

From here your only option is to run the two islands again and again for better times, and you can even invite up to three friends along to speed things up. Alternatively, you can jump into six different time trials that send you touching a series of flags scattered about the islands. And that’s it, really, although more maps are supposedly only the way.

Kings of the Castle is very okay, but it also reminds me that we’re in very different territory than when Apple was dropping critical darlings like Sayonara Wild Hearts and What the Golf? I barely spend 20 minutes with Kings of the Castle, and I already feel like I’ve experienced most of what it has to offer.

Was it even ready for launch? The iPhone version runs well enough, but the sound cut in and out so often on my 2018 12.9-inch iPad Pro that I couldn’t stand to play it for more than a few minutes at a time. That’s a shame, too, as the Klezmer-y soundtrack is one of the things I love most about Frosty Pop’s game. That might even be why Kings of the Castle seemed to disappear from the App Store search results this morning. You can still download it, but at the time of writing I’m not even seeing it in the All Games section of Apple Arcade tab. If that’s the reason why Apple seemingly soft-pulled it from the App Store, I have to wonder how such a thing got past whatever quality control Apple has in place for such an ostensibly important service.

Luckily, of course, we’re not paying for this game directly. It’s but one of over 100 now. It doesn’t pester us with ads, but I’m confident that whatever issues it has will be fixed in future patches and maybe we’ll even get new levels.

Right now, though, if Apple Arcade games were gems and I were a princess seeking only the best ones so I could save my prince, this is one I might consider passing by.