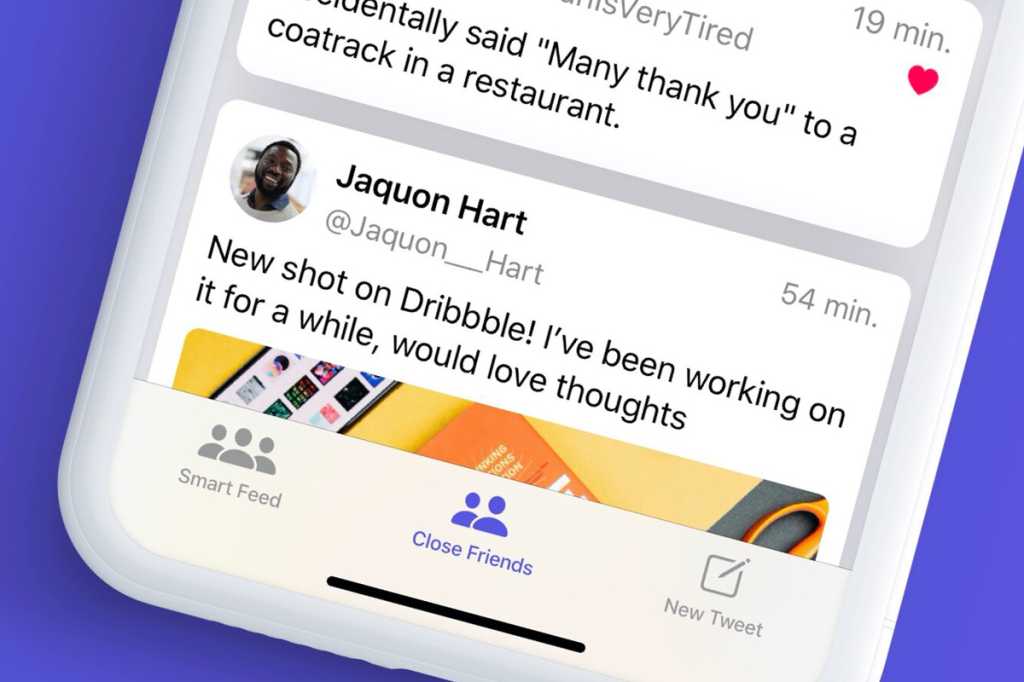 Team Nighthawk
At a Glance

With a focus on decluttering your timeline thanks to Smart Filters and the Close Friends view, Nighthawk is a stripped-down third-party Twitter client that’s faster and easier to use than the official app.

Those who favor Twitter over rival social networks probably already have Tweetbot or Twitterrific installed on your iOS devices. Power users prefer such third-party alternatives to the official app, but everyone deserves an environment where branded content isn’t given preferential treatment over tweets from people you actually follow.

Billed as a “personal companion” to the corporate app, Nighthawk offers a stripped-down version of Twitter without the clutter. Sign in and get nothing but the good stuff: tweets displayed in chronological order, dark mode, rich link previews, and most importantly, no ads or other intrusions.

This experience can be further enhanced with Smart Filters, which allow users to hide selected topics like US politics, Star Wars spoilers, support responses, and retweeted content. It’s a novel idea that works surprisingly well, but there are only six filters available, with no option to customize or create others from scratch.

If that isn’t calm enough for your liking, Close Friends allows users to view tweets from a curated list of people you follow. This feature is accessed from a dedicated tab at the bottom, but choose wisely. Friends on this list are excluded from Smart Filters too, so you’ll want to exclude buddies who pontificate about hot topics. This list syncs to your Twitter account, where it also shows up in other clients, such as our preferred Tweetbot.

The developers of Nighthawk are quick to note they’re not trying to compete with more robust solutions like Twitterrific. An admirable position to be sure, but even as a basic Twitter client, the app could benefit from additional spit and polish.

For starters, searching for Close Friends isn’t always reliable. Nighthawk would find certain users after entering just a few letters, while others required typing a complete Twitter handle before they would surface. There’s no support for multiple accounts or push notifications, and app preferences are confusingly buried on your profile screen. Worse yet, when composing a new tweet you can’t attach a photo or location.

On the plus side, you can customize the home screen icon with one of 17 different options—including eight funky Apple-inspired flavors—and the app is a universal build, so it works equally well on iPad and iPhone.

Pretty barebones as third-party Twitter apps go, but the developers appear committed to continued improvements, so keep this one on your radar.