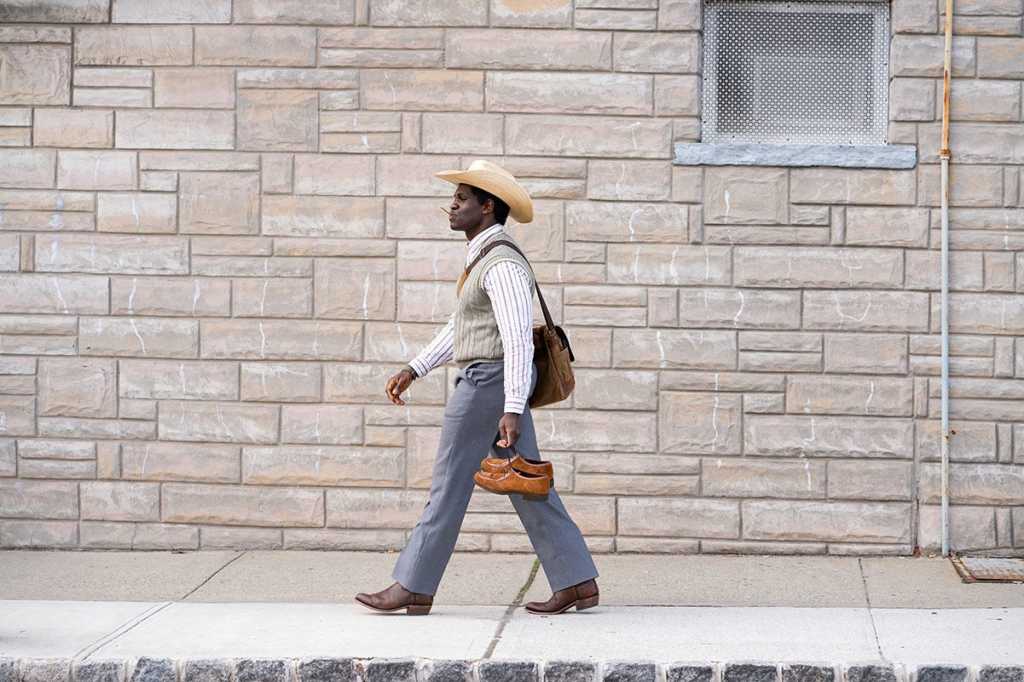 If Apple really wanted its fledgling streaming service to nab more awards last year, it probably should have worked Little America into its launch lineup. This little “anthology” of eight unrelated half-hour episodes—each following immigrants from different countries—is the best thing we’ve seen from Apple TV+ to date. It’s smart, both in content and how it handles casting. It’s relevant, especially in an age when immigration dominates frightful headlines and lies at the heart of some of our country’s worst contemporary sins. Little America has big things to say.

The anthology approach works well, as it allows this series to paint a fuller picture of the American immigrant experience. Some tales have direct relevance for the recent news, as in the case of a young gay man attempting to flee Syria as a refugee (and notably, almost the entire tale unfolds outside the U.S.). Elsewhere, an Iranian man tries to build a house, and a Vietnamese mother struggles with the way her fully American children are drifting away from her. Had it focused on a single family or individual, it would have risked slipping into a niche viewership grounded in a single ethnicity.

Little America works because none of these tales feel implausible. They feel real: I could imagine them happening to someone on my block. On some level they are, as each (save one) started life as photo essays in Epic magazine. Indeed, Little America tells us that its episodes are “inspired by a true story,” and it emphasizes its wondrous diversity by reproducing those words in the native language of the episode’s subject before each tale.

In what must amount to a first for Apple TV+ apart from the kids’ shows, few of the stars here have marquee clout. (You’ll find some exceptions, though, such as Zachary Quinto.) If you need big names for some kind of legitimacy, you’ll find them instead in the list of producers, which includes folks like Kumail Nanjiani, Emily V. Gordon, Lee Eisenberg, and Alan Yang (known for his works with Parks and Recreation).

The actors, though, spark such little recognition that they could be the very people they’re portraying. Apple might have spent big bucks on actors for shows like The Morning Show, but here it wisely seems to have funneled most of the production money toward on-location filming instead. It’s an approach that pairs well with the tales’ low-key settings, but more importantly, it’s one of the many tactics Little America employs to win over viewers who might have conflicted thoughts about immigration.

You know these immigrants, Little America wants to tell that conflicted audience. They’re your waiters, your Uber drivers, your coworkers, or even the person running shoulders with you on the city bus. Had Kumail and his colleagues chased down more recognizable faces, that lesson might have been lost.

And Apple clearly isn’t preaching to the choir with Little America: Instead, it’s trying to lure in people who normally wouldn’t watch a show like this. That’s part of the reason for the title, and why the vaguely patriotic intro looks kindly on American small-town life.

You’ll also see that approach in the way multiple episodes take time to dwell on the goodness of Americans who were born here, even if it also hints at conflict. As a rural Texan by upbringing, I shuddered to think of what I’d see in the episode about Iwegbuna Ikeji, a young Nigerian man who heads to college in Oklahoma in 1981, partly out of a desire to see the real cowboys that fascinated him in movies as a kid in 1967.

At one point, Iwegbuna moseys into a good ol’ boy Western clothing shop in search of a proper cowboy hat, and the two old white men inside regard him warily. But the tensions relax. One man even gives him a gift. Having grown up in almost that precise environment, I know moments like this could just as easily have happened as the ones that make headlines. As such, Little America is not just important for reminding “middle America” of the trials immigrants face, but for reminding them of the good experiences they’ve had with immigrants themselves.

With that in mind, it’s also no surprise that Little America doesn’t make references that might cause that audience to shut down. It never mentions Trump, for one. I don’t know if people from that audience will actually watch Little America, but it takes great care not to chase them away.

Even so, it’s a clear rebuke of the hateful headlines that spawn from tendencies to reduce such people to abstractions or to slip them in categories based on nothing more substantial than skin color or language. By setting its episodes in places that tend to wolf down such accounts, Little America is making a valiant attempt to build a bridge to a better place by appealing to the common human experience. These people, it tells us, face many of the same troubles and as we who were born here.

It’s careful not to slap its viewers with any agenda of its own, and it laughs at the idea that immigrants have no love for America. A good chunk of the episodes, in fact, revolve around people who came here precisely because their mindsets weren’t compatible with those they grew up among. In some cases, staying “where they came from” might have even meant death—even from their own families. Little America shows us recent immigrants still speaking of America as a land of wonder and opportunity, which itself chides those of us who find little foundation for hope in the current climate.

Little America reminds us that our problems are often minor compared to those they were fleeing. And once upon a time, virtually all of our fathers found themselves in a similar situation. These are all our stories, it seems to say—and we’d do well to remember that.

All of this leads to the question: Is Little America too hopeful? Not all of the stories have strictly happy endings—family members even get deported in one—but even the grimmest ones leave a bittersweet aftertaste. It never gets too dark: You won’t see children starving in camps along the Texas border. And if you need the grim reality of immigration stories that don’t work out so well, we still have masterpieces like El Norte, which remains as relevant today as it did in 1983.

Stories like that have their place—and it’s an important place. Little America, though, knows that progress will be more easily attained through understanding rather than simmering in anger. There’s enough of the latter going on right now. It wants its audience to see glimpses of themselves in the immigrants in portrays to better communicate their humanity—although I imagine some critics may bristle at the way it subtly encourages varying degrees of assimilation. Little America should even appeal to the “pull yourself up by your bootstraps” crowds, as episode after episode, it drives home the idea that chasing after a dream is one of the bravest things anyone can do.

Maybe even its release timing is significant, considering its subjects: Little America may not have been around as long as some of the rest of Apple TV+’s shows, but it can hold its own with the best of them.