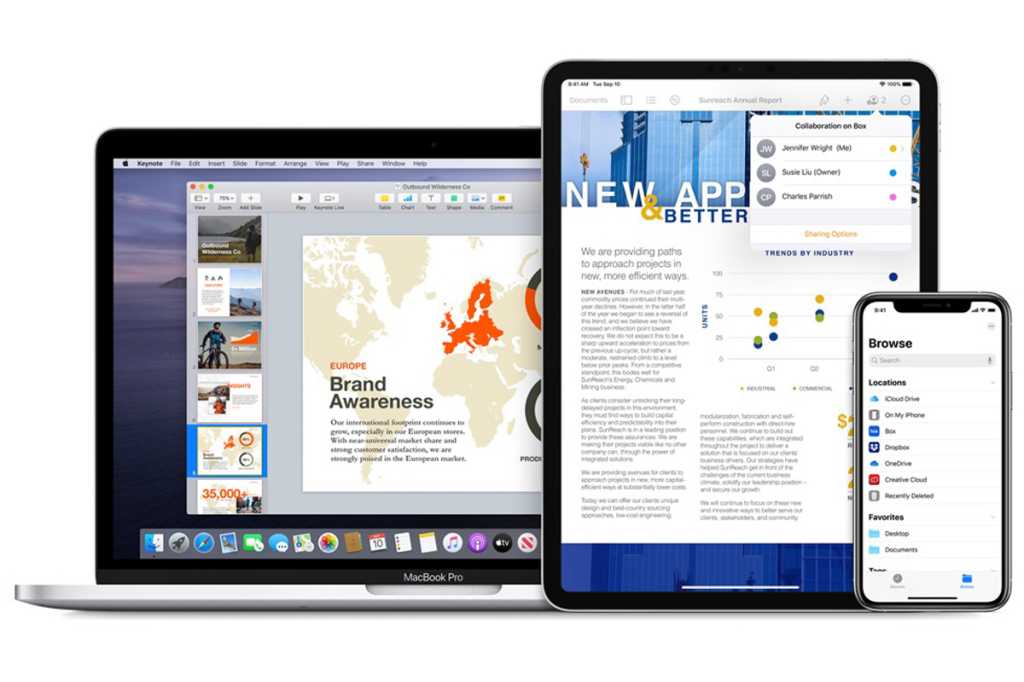 Apple spends a lot of time talking up its secret sauce: that combination of hardware, software, and services that allow it to make what it believes are the best technology products on the planet.

And, as users of Apple products, most of us probably agree that this is generally the case. But even as good as the integration between these three legs of the company’s stool is, there are still some places that it falls weirdly short. Hardware and software that don’t work together, services that don’t provide the necessary glue.

Maybe they’re use cases that Apple doesn’t consider particularly necessary, or maybe the company just hasn’t gotten around to them yet. Whatever the case, they stick out like a sore thumb. Here are just a few examples of integration that’s, well, less than integrated.

Ever found yourself adding a word to your Mac’s dictionary and then see it still underlined on your iPad? What’s up with that? It seems like you shouldn’t have to teach each and every device you own that a particular word or phrase is something that you frequently type. Given that iOS and iPadOS don’t even offer a real way to add a word to your personal dictionary, the least Apple could do is have them respect the changes you’ve made to your Mac’s dictionary.

Yes, there are workarounds, like adding a word to a contact card or a text shortcut, but these aren’t the kind of things you want to have to do every time you come across a new problem word. Instead, Apple should add iCloud syncing of custom dictionaries between all your Macs and iOS devices to make sure that the words you’re typing are always the ones you want them to be—not what Apple thinks they should be.

Remind me to email

In iOS 13, the Reminders app got a substantial makeover, not only gaining a new interface, but also new features to help you actually remember all those things you enter into it. Among them is the ability to remind you of a task when you’re talking to a specified person via Messages.

While that’s all well and good, Messages is—I hate to break it to you, Apple—not the only app I use for communicating with people. Though I get why the company is perhaps not ready to open that feature up to third parties like Slack or Skype, it’s missing a common first-party one right on the device itself: email. More to the point, once you pick a person to link with a task, it should remind you no matter which app you use to talk to them. After all, if it can recognize someone I’m chatting with over Messages, it can probably make a similar assumption when I’m using Mail.

Alas, Apple often seems to have forgotten that email is a thing. (In this, as in other places.) For better or worse, though, we’re all still using it, so let’s not pretend it doesn’t exist, much as we might wish otherwise.

You might be excused for not remembering that in iOS 13, Apple added the ability to create collections in Maps. Sure, it’s handy to be able to make a list of places that you want to go—say, restaurants in town that you’ve been meaning to hit—but the feature is definitely lacking.

For one thing, though Maps collections can be shared with someone else, all that does is make that person their own copy of the collection. What’s needed there is something closer to a shared Reminders list or a collaborative Note. If my wife and I want to keep track of restaurants we’d like to go to, it would be great if we could each add to this list and have it update for both of us.

Moreover, this is a feature of Maps, and yet it takes very little advantage of Apple’s mapping service. For example, it would be great if there were an option to add a geofence, to notify me when I’m near some place that I want to remember to go.

Let’s throw this last one in the “totally no-brainer” column. Apple sells the HomePod, a smart speaker that produces very nice sound and can be paired with a second HomePod (should anybody be brave enough to buy two) to create a stereo pair. You can use that to AirPlay music from your iOS device or your Apple TV or even iTunes on your Mac.

But that last one’s the real trick, because it’s only from iTunes. Want to use that stereo pair of HomePods as your Mac’s system output? You’re out of luck. It just isn’t possible. Instead, you’ll see two HomePods in the system audio output menu, representing each of the two speakers. You can use either of those individually as a system output, but not both together. It’s downright perplexing.

Perhaps the company simply hasn’t gotten around to it. It certainly has plenty of big projects on its plate. But the more complex the company’s offerings get, the more of these rough edges seem to be popping up—and this are only scratching the surface. As much as Apple prides itself on the strength of its product integration, it’s starting to feel like as though this plan isn’t quite coming together.