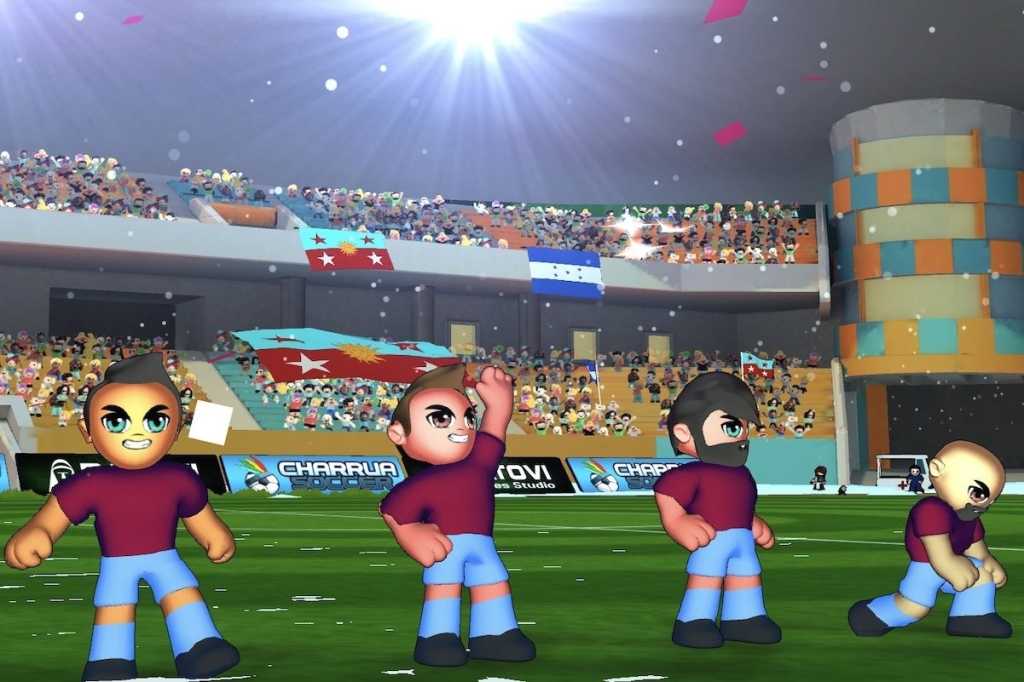 Charrua Soccer isn’t the first soccer (or, ahem, football) game on Apple Arcade, but it is the first to hold my attention. The original one was Sociable Soccer, which was a tad too realistic and a tad too tough to control for my tastes. I’m not much of a sports guy in the first place, so I was expecting that Charrua Soccer might also bound into foul territory for my tastes for different reasons.

But it only took around half an hour for me to realize that Charrua Soccer was scoring a goal. It’s wonderfully easy to play and pick up with either the touchscreen controls or a gamepad—even for Americans like me who haven’t given much thought to soccer since middle school. It only takes around a minute to learn the business of passing the ball to another player, holding down the button to kick harder, or even how to steal balls from other players and do a “bicycle kick” across the field.

Developer Batovi Games Studio (who’s best known for their similar Pixel Cup Soccer on iOS and macOS) markets this as a “retro” game akin to what we might have seen in the ‘90s, but let me translate into a different perspective for folks who aren’t merely chasing nostalgia. This is soccer without the slow bits while still allowing for the nuances of specific playstyles and tournaments, whether it’s the Italian Catenaccio style or the 1930 World Cup. It’s soccer distilled down to the fun. If you struggle to “get” the appeal of the world’s most popular sport, this will help lead you to the light.

Nor does it content itself with a bland and generic version of football. Here, Batovi calls attention to the intense love of football among the Charrua people of its native Uruguay, complete with a roster or local clubs.

But that’s just one option among a multitude. You can also play with familiar national and city teams like Brazil or Barcelona, and as I’ve already said, the gameplay boasts a degree of depth that becomes more apparent the more you play. You can play solo and pits your skills against the AI’s take on styles like Tiki-Taka, or you can hop into two-player local matches with other real people. There’s even a party mode that lets multiple people partake in a tournament of sorts, and you even have the options of playing games with either a “friendly” mode or one with penalties.

Just to reiterate: I’m a dude who knows an only a smidge more than “jack” about soccer, and it didn’t take me long to grasp most of these concepts thanks to Batovi’s presentation. Maybe that easy intuitiveness won’t satisfy some diehards, as we’re a long way from the arcane intricacies of a game like Football Manager. But I wouldn’t consider that a mark against Charrua Soccer—rather, it’s what makes it such a perfect fit for a service with “arcade” in the title.