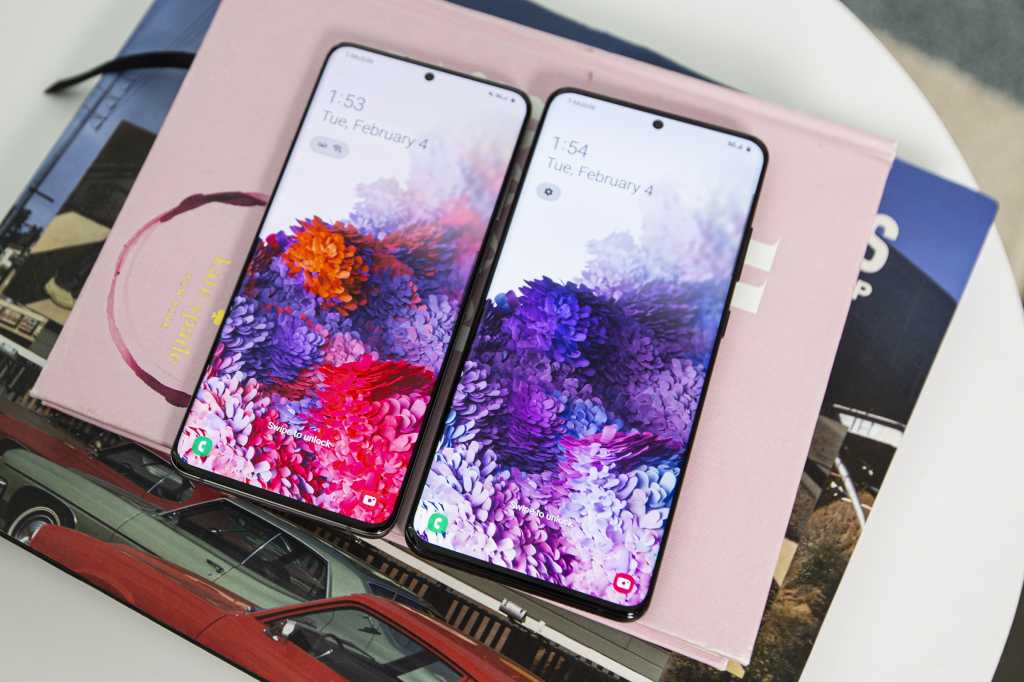 Apple fans might think the Galaxy S20 is more eye-roll than innovation, but the fact of the matter is Samsung’s latest phones are packed with cutting-edge features. From the 108-megapixel camera on the Ultra model to the speedy Infinity display, there are more than a few features I’d love to see Apple adopt and improve in the next iPhone— and a few I absolutely don’t want.

The iPhone 11 Pro’s telephoto camera is nice and all, but let’s face it: 2X zoom isn’t all that impressive in 2020. Neither is 5X digital zoom. But thanks to a mix of optical zoom, digital zoom, and AI (Samsung calls it “Hybrid Optic Zoom”), Samsung has figured out a way to deliver 10X lossless zoom on the S20—twice what the iPhone 11 can do digitally. Apple made great strides with night mode on the iPhone 11, and it’s time to do the same with zooming on the iPhone 12.

Anyone who has used an iPad Pro knows the sheer pleasure than a 120Hz display can bring. That’s the beauty of ProMotion, bringing speedy scrolling and smooth graphics, and making every interaction feel super responsive. Apple has yet to bring it to the iPhone, but the S20 shows how glorious it can be on a tiny screen. One of the only phones with a 120Hz refresh rate on an AMOLED display, once you try it out all other displays will feel like they’re stuck in the mud.

There’s just one problem—you can’t use it in full Quad HD resolution. But if Apple does put a ProMotion display on the iPhone 12, I’m pretty confident there won’t be any frustrating limitations on it.

Even with relatively small batteries, the iPhone 11 and 11 Pro get tremendous battery life, easily getting through a full day of use with some juice to space for the next morning. And that’s with a battery that smaller than 4,000mAh. The S20 lineup has the biggest batteries Samsung has ever shipped, with capacities of 4,000maH, 4,500mAh, and a whopping 5,000mAh. (Editor’s note: Insert exploding Note 7 joke here.)

I can’t help but wonder what Apple could do with such giant batteries. Even if it means the iPhone needs to be a little thicker, a 5,000mAh battery would ensure that it would last two days, even with 5G and ProMotion.

2020 is shaping up to be the year of 5G, so it’s no surprise that Samsung’s entire lineup features 5G capabilities. Except they’re not the same. On the S20+ and S20 Ultra you get full 5G support for the sub-6GHz network T-Mobile has and the mmWave cells Verizon is building. But on the S20, which still costs a grand, you only get sub-6GHz support, so Verizon subscribers need not apply. Instead, Verizon will offer its own version of the phone later this year that will work. So far, Samsung hasn’t been all that clear about the distinction (I only noticed it while digging through the spec sheet), but either way, it’s making a confusing situation even more confusing.

We’ve heard reports that Apple might do the same with its own 5G modem, and I’m hoping that’s not the case. If every 5G iPhone is going to “just work,” all models need to support the same spectrum.

The S20’s camera is definitely an upgrade over the S10’s system, with larger sensors and massive megapixels, but a lot of the new stuff feels way too gimmicky. 108MP camera? 100X zoom? Night hyperlapse? 8K video recording? They might be nice to have and are certainly great selling points, but ultimately, all they really do is make the phone more expensive and detract from what really matters: taking good pictures quickly.

I’m not really concerned that Apple is going to unveil some silly new camera features, but Apple is running out of ways to improve the camera. The iPhone 11 already has a triple camera, with telephoto and ultra-wide lenses, high-end depth mapping, AI-powered Deep Fusion, and Night Mode, so the next round of improvements doesn’t need to be literal moonshots.