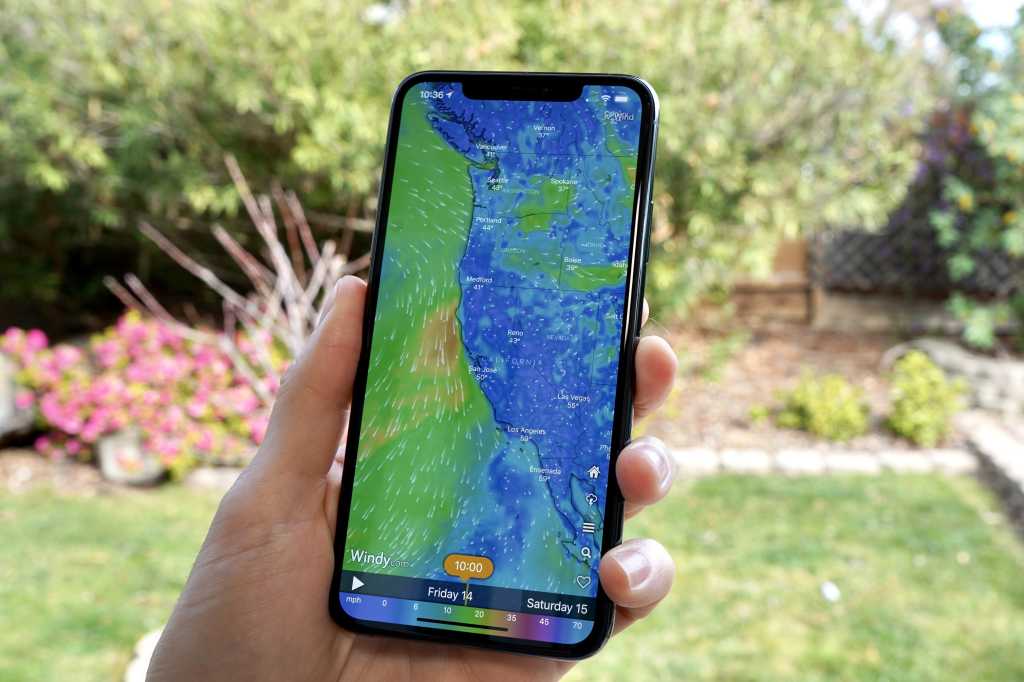 We spend hours a day in messaging and social media apps, and probably no more than a few minutes in a weather app. Nonetheless, a good weather app is one of the most important apps on our iPhones. It’s how we know when to wear a heavier jacket or take along an umbrella. These apps can influence everything from our preparation for natural disasters to our sprinkler timings.

It’s important to have an accurate, easy-to-read weather app that quickly and effortlessly tells you just what you want to know. A good weather app will also support iOS 14’s new home screen widgets, so you can get the info you need at a glance. The built-in iOS Weather app is fine for basic stuff, but it doesn’t offer the variety of data, sources, or visualization that many users crave.

There are loads of weather apps on the App Store, but these five are among the best and worth trying out.

Update 03/01/21: Weather Line, one of our recommended apps, just announced that it has been acquired. The company didn’t say who the buyer was, but the app has been removed from the App Store and will shut down entirely on April 1, 2022.

One of the most popular weather apps on the App Store—and maybe your best choice if you don’t want to spend any money. AccuWeather uses its own forecasts based on a variety of data, and it’s stuff you’ll probably be familiar with, because it’s licensed to thousands of websites, TV and radio stations, newspapers, and more.

The app presents a nice simple weather info display at the top of a very long primary page. Scrolling down gives you more details along with allergens and air quality. An Hourly tab lets you know how weather will progress over the next couple days, and a Daily tab shows your extended forecast. The Radar tab is especially useful, with lots of useful layers.

There’s an Apple Watch app with plenty of complication settings, if you want your weather on your wrist.

If there’s a downside to AccuWeather, it’s that it is full of ads with ads. And by default, it sells device-specific data to third parties (for targeted ads among other things). You used to be able to disable ads with a one-time $3.99 fee, but now the price has gone up to an $8.99 annual subscription.

Perhaps because AccuWeather has such a thriving business outside of its app, it tends to give you access to more data and features in the free, ad-supported version than most other weather apps.

Carrot Weather is one of the best weather apps around, and its new 5.0 update has earned it the top stop on our homepage. It brings a top-to-bottom redesign along with pricing changes and a bunch of new features like lots of home screen widgets options.

The big hook of Carrot Weather is the snarky “AI robot” voice that says mean stuff to you (and refers to you as “meatbag”) every time you open the app. You’d think it would grow old quickly, but there’s obviously a human behind the curtain making new quips all the time, often based on current events. The level of snark and political lean of the AI voice is customizable, and it really adds a bit of fun to checking the weather.

Carrot 5.0 changes up the business model to a “free with premium subscriptions” setup, which is an improvement. But the premium subs are still way too expensive, and there are three tiers of premium sub. Come on, guys—it’s a weather app, not Netflix. You don’t need this many ways to pay.

It’s all worth it, though, because the new display themes and Interface Builder are amazing. Never before has a weather app given you so much control over which data was presented to you, and how. It’s all presented in a modular way, with smart presets to help you get started tweaking the very granular options.

Now that the app is free, you should absolutely check it out, though some important features like Apple Watch complications and widgets are locked behind the premium subscriptions, which is too costly.

Another incredibly popular weather app, Dark Sky focuses on down-to-the-minute weather forecasts. As in, it can send you a push notification saying that it’s going to start raining right where you are in about 10 minutes.

The company was one of the first to take publicly available weather data and apply a deep machine-learning model to predict near-future weather for exact locations. These days, lots of other weather services offer these sort of “hyperlocal” predictions, but Dark Sky has gotten good enough at it that it’s API is used to feed that hyper-local prediction model to lots of other apps and services.

Dark Sky was acquired by Apple in March of 2020, and it is no longer available on Android or on the web. The hyperlocal prediction API that other apps used will continue to be serviced through the end of 2021.

Dark Sky is top weather apps that has no free version at all but also doesn’t require a subscription. Just a simple straightforward one-time $3.99 purchase.

The interface is exceedingly clean and clear, and the super-precise near term predictions are magical when they work (which isn’t quite as often as I’d like). But you’re not going to find a really wide variety of weather data here. Its simplicity and clarity are key selling points.

Apple has started to incorporate some of Dark Sky’s minute-by-minute precipitation data into its default Weather app, though general forecasts and weather stats are still powered by The Weather Channel here in the U.S. Perhaps iOS 15 will feature a bigger overhaul of the Weather app and make Dark Sky obsolete.

One of the most interesting and intuitive weather apps, Weather Line, took a big step forward with its Weather Line 2 update, and has been making steady improvements ever since. It’s definitely worth a look.

The app presents your different weather locations as simple cards with a temperature and conditions line. Tap the card to see more detailed data. It’s all really clean and simple, and one of the best weather apps I’ve seen for giving you all the general info you want at a glance.

Here’s the catch: The basic free version is too basic. To really unlock the app’s potential you have to pay for the Supercharge subscription, which is $3.99 a month or $12.99 per year. The app pulls weather info from multiple paid sources so it incurs ongoing costs, and the subscription covers those. If you’re a huge weather nerd (and have faith in the long-term viability of the app) you can buy a lifetime Supercharge unlock for $44.99.

With the subscription, you get lots of great stuff. The app will replace its basic 7-day NOAA forecast data with precipitation predictions from Dark Sky, weather forecasts from AccuWeather, a radar view from RadarScope, and AQI from PurpleAir. Plus a bunch of themes and app icons, and more options for its impressive selection of iOS 14 widgets.

Of note, Weather Line is very privacy focused. It doesn’t store or transmit your location data and doesn’t use location in the background.

Weather Line has no Apple Watch app, which is a shame given it’s awesome minimal-space-maximum-info design. The developers say it’s on their list, though.

If you’re all about weather maps and visualization, you have got to check out the Windy app. It’s basically a shrunk-down version of the fabulous windy.com site, and it fills your iPhone screen with a big, beautiful maps that have dozens of attractive data layers to choose from.

You could spend hours just browsing around through all the maps. If all you want is the basic forecast for your area or maybe the city you’re traveling to, there are far better apps than this, though. There is an iOS 14 widget, but no Apple Watch app; it really is all about those big beautiful maps.

All the major app features are available for free, but targeted ads are going to creep in this year. You can subscribe to get rid of the ads and to get more precise and frequently updated data.