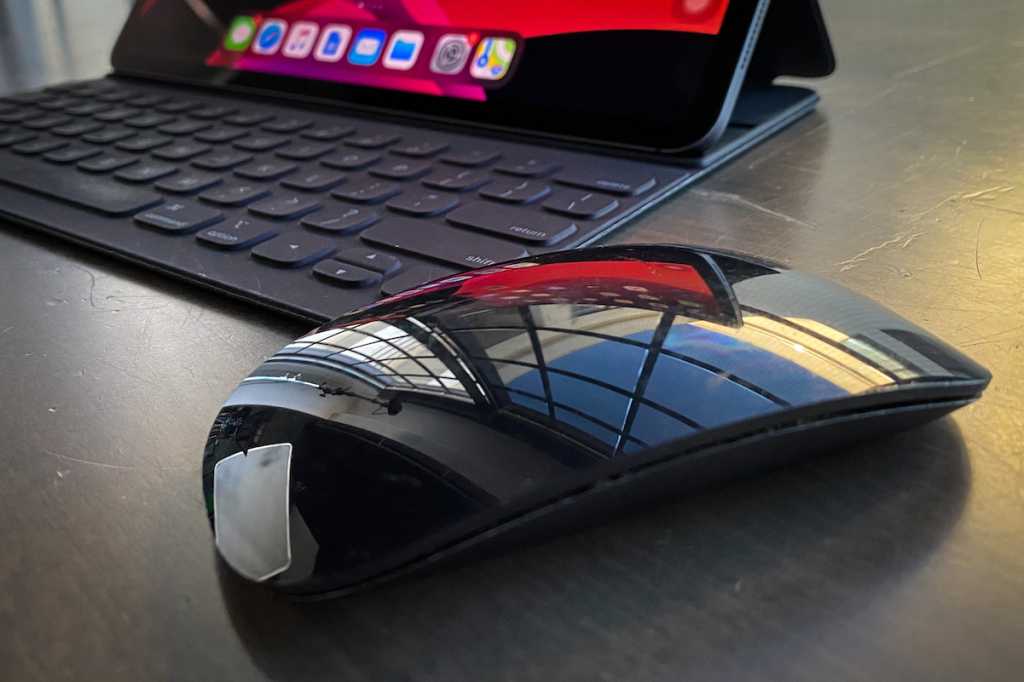 Once upon a time, and not very long ago at that, you could use a Magic Mouse 2 with an iPad so long as you were running iPadOS 13. It worked well enough—for a while, anyway. But lately Macworld readers have been telling me that their Magic Mouse 2 no longer works on Apple’s tablet, and some of them have singled out January’s iPadOS 13.3 as the culprit. The most frustrated users are those who never had a chance to see the mouse work at all, so they’re convinced they’re doing it wrong. Surely, they think, Apple wouldn’t pull support for one of its own products—and who could blame them?

Apparently, it did. I’ve confirmed this with my own iPad Pro that’s running iPadOS 13.3.1, and nada—nothing works. (That’s true of my iPhone, too.) I’ve tried the backdoor route described in my how-to. I’ve tried multiple methods of hooking up devices through Bluetooth. If I hook up the Magic Mouse 2 with a wired connection, I can at least get the AssistiveTouch feature that powers the iPad’s mouse control to recognize that a mouse is attached, but I can’t actually move the pointer. Of course, it’s not like I could actually use the Magic Mouse 2 with a wired connection anyway, thanks to this infamous design flaw:

So Apple giveth and Apple taketh away. But why? I’ve reached out to Apple itself, and haven’t received a response. The weirdest aspect of this episode is that I can hook up every other Bluetooth mouse I have on hand with the iPad and they’ll work fine—and that includes the first-generation Magic Mouse.

This probably isn’t because of a simple bug. After all, Magic Mouse 2 support on the iPad had never worked the way you might expect. Instead of simply pairing the device through Bluetooth as you would through any other mouse, you have to take an unintuitive trip into the Switch Control panel under Accessibility and hook it up through Switches. It was always weird—and a sign that Apple likely never intended us to use the Magic Mouse 2 with the iPad in the first place. As much as I hate to admit it, the Switch Control backdoor might have been something that slipped under Apple’s radar.

So instead our only options are either to use another company’s mouse or to pair our iPads with an 11-year-old Apple mouse. And it’s not like the Magic Mouse is all that useful on the iPad anyway, regardless of generation. Apple didn’t bother to include support for the Magic Mouse’s touch-based scroll gesture on the iPad, so unless you’re using a mouse with an actual scroll wheel, you’re stuck clicking on the screen and pulling down, much as you would if you were using your finger (but far more awkwardly). Apple’s mouse might look elegant, but it’s about the most inelegant means of interacting with its tablet.

And that’s quite the shame. Users have embraced mouse support on the iPad in a big way, and you don’t have to dig far in order to find people showing off how they’ve made their iPads work (sort of) like a laptop or desktop computer. The Magic Mouse 2 itself easily fits in your pocket—probably better than any other mouse—so it complements the portability we should associate with the iPad. In a logical world, it should be the perfect mouse for Apple’s tablet. As it is, we have an expensive reminder that Apple would really prefer that you not use a mouse with your iPad, thank you very much.

Mouse support for the iPad might have been one of the features that most excited users, but it’s important to remember that Apple always considered it an Accessibility option rather than a key feature. Apple didn’t say a word about it during its big iPad speech at WWDC, and we only learned about it because some users went digging in the settings.

It works, yes, but Apple seemingly went out of its way to make the experience unpleasant. To cite but one example, Apple won’t even let you change the circular icon to look something more like a proper mouse pointer. And just to emphasize: It’s so determined to make mouse support on an iPad look unattractive that it inadvertently calls attention to the deficiencies of the Magic Mouse by not supporting its most basic touch gesture. I’d almost find it funny if the Magic Mouse 2 didn’t cost $79 (and $99 for the Space Gray version I have).

For that price, I expect to be able to use the same device I use with my Mac with my iPad. I almost want to go so far as to say that it would have been better for it not to include mouse support at all than to make its own products look inferior compared to third-party devices that work on the same machine.

Scrolling frustrations aside, I still prefer to use my first-generation Magic Mouse with my iPad. Again, it’s smooth and slim, and so it slips easily into pockets of my backpack in a way most mice won’t. But I’m just lucky it worked out for me. I happened to have an old one sitting around, and I preferred to keep my indulgent Space Gray version tied to my MacBook.

But I can’t help but be bothered by the knowledge that some people went out and bought a Magic Mouse 2 for their iPads knowing that, for a while, “it just worked.” And then suddenly it didn’t.

I retain some hope that it’s just a bug—a bug that’s somehow taken months to fix—but even if it is, it’s a bad look.