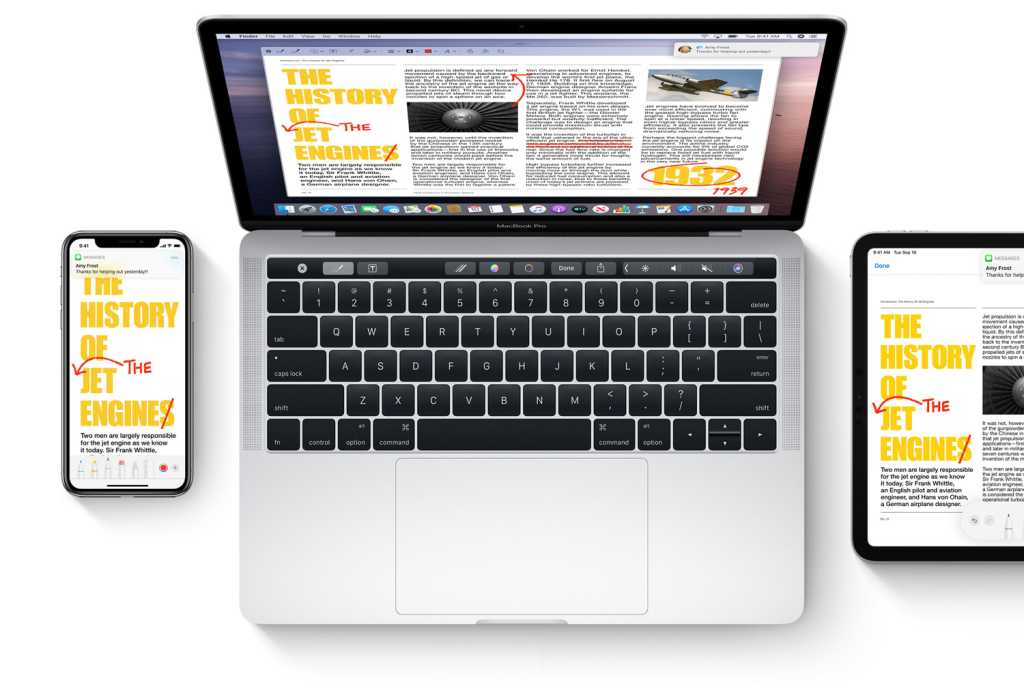 For years, rumors have swirled that Apple would soon release Macs that run on Apple-designed ARM processors (like the iPhone and iPad do) instead of Intel processors. I keep predicting it myself. It still hasn’t happened.

But this week, reliable Apple supply-chain analyst Ming-Chi Kuo reported that Apple plans on releasing a Mac with an Apple-designed processor in the first half of 2021. It’s a development that seemed highly unlikely to me a few years ago, but a lot has changed since then, starting with Apple’s attitude toward the Mac.

Apple gives the Mac a hug

In November 2016, when I wrote “Why Apple (probably) won’t make an ARM-powered Mac,” I expressed a great deal of optimism that Apple could take the Mac through a processor transition, as it has twice before. All the pieces were there. The real question, for me, was if Apple thought the Mac was worth the trouble.

Back then, it felt like Apple was entirely focused on the iPhone and the iPad, and that the Mac was being kept on life support as an old-school computer platform. If you’re putting the Mac out to pasture, why invest any effort in making a processor transition?

Then something changed in Apple’s attitude toward the Mac, one that was most visible a few months later when Apple gathered a bunch of journalists together and offered a recommitment to the Mac in general and professional users in particular.

Since that day, it’s been a lot easier to imagine Apple justifying the time investment required to put the Mac through a processor transition. But there was a trade-off, too: If the Mac is going to be carried gloriously into the future, that means it has to change and grow. People who think the Mac is just fine as it is are sure to be unimpressed.

If you look closely, you can see lots of signs of the direction Apple has been going with the Mac. The arrival of macOS Catalina swept away all the old 32-bit code that had been sticking around the Mac since the earliest days. Pulling all the oldest code out of macOS will undoubtedly make it run more readily on 64-bit ARM processors.

Catalina also introduced Mac Catalyst, a way for iPad apps to be modified to run on the Mac. Thus far Catalyst hasn’t made too much of an impact, but in a world where the Mac runs on ARM processors, it’s not too hard to see where this is all going: Developers will be able to create a single application that runs across all of Apple’s platforms, adapting to phone or tablet or laptop.

For me, though, the real moment of clarity about the future of the Mac was the introduction of the next-generation iPad Pro models in the fall of 2018. Yes, those were iPads—but at the time, Apple pointed out that those iPads were more powerful than 92 percent of the PC laptops sold in the previous year.

Talk about a statement heavy with meaning. Yes, it established Apple’s ambitions for its A-series line of processors—they didn’t just reach the speed of the processors running PC laptops, they surpassed most of those processors. But it also hung a lantern on the obvious next move: powering Apple’s own laptops with the same chip.

Yes, it’s likely that Apple’s high-end Macs will still run on Intel or compatible processors, at least for a while. But the 16-inch MacBook Pro still strongly suggests a future for lower-end ARM MacBooks.

I started writing about Apple about the time of Apple’s first Mac processor transition, from Morotola 680×0 processors to PowerPC chips. Back at MacUser magazine, we briefly had a column called “Ask Dr. Power Mac,” in which Stephan Somogyi assuaged the fears of Mac users who were anticipating a compatibility nightmare when they bought their first Power Mac and tried to get their old software to run.

That transition was a little rocky, but all the software came over, ran decently in emulation, and was gradually replaced. The Intel transition was even more solid, because the performance gains found on Intel allowed Apple’s Rosetta code-translation technology to run at decent speeds.

I’ll wager that the first ARM Macs to arrive will offer more processing power than the devices they’re replacing, so any emulation that’s required will be relatively painless. Apple also controls the entire development chain for Mac software, from Xcode to compilers, and after spending the last few years pushing developers to modern versions of Xcode and dropping all the old 32-bit interfaces and apps from the equation, I’d bet that it will be extremely easy for software developers to get their apps up and running on an ARM Mac.

Moving away from Intel means a loss for people who also need to run Windows, but I don’t think Apple’s too concerned. I fully expect that Apple’s pro-level Macs will remain on Intel or compatible processors for a while, perhaps even indefinitely. I’m confident that Apple can replace the Intel processors in consumer Macs with its own, but the pro side is a trickier proposition.

Life comes at you fast. But in the last three years, Apple has shown that it’s not satisfied with letting the Mac stay on autopilot, if it ever really was. As with the Mac’s previous chip transitions, there will be a period of uncertainty—but the transition will offer payoffs that will ultimately be worth it.

I can’t wait to see an ARM MacBook that offers the speed and battery life of an iPad Pro. Why should iOS devices have all the fun?