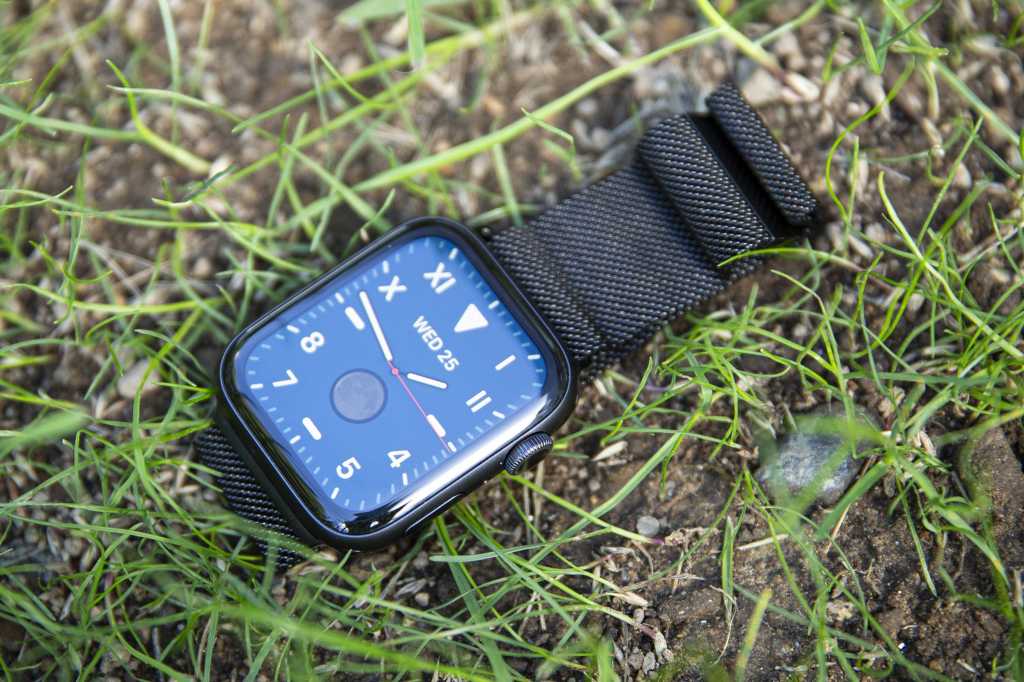 Over the past five years, the Apple Watch has emerged as the king of smartwatches, but there remains a lot of room for improvement.

We’d like to see some improvements that would probably require significant changes to the Apple Watch’s architecture—such as much better battery life or improved Siri capabilities—but most of the suggestions below should work well even on existing Apple Watches.

I adore the Apple Watch Series 5’s always-on display. Unfortunately, it only works with two things: whatever watch face is active and Apple’s Workout app. If you’re using any other app, the app’s interface blurs for privacy when you turn your wrist away and a simple floating clock pops up.

Two options aren’t enough. Apple should let us choose which apps work with the always-on display through toggles in Settings. If it refuses to extend that privilege to third-party apps—and let’s admit it, it probably will—then it should at least allow it for native apps like Timer and Stopwatch.

Also, with the current design, the always-on display stays true to its name even when you’re asleep. When we turn on either Do Not Disturb or Theater Mode, Apple should either dim the display further or make it so it completely turns off when we’re not looking at it.

We’ve been saying we want sleep tracking on the Apple Watch for years, and we’ll keep saying it until Apple delivers. And it almost certainly will, considering that Apple bought Beddit back in 2017.

Apple may not be in too much of a hurry to introduce sleep tracking because you can already use third-party apps like AutoSleep and Pillow, and both are excellent. The iPhone maker has an intimate understanding of how well its hardware and software work together, though, and so there’s a good chance that whatever it creates will probably be better.

Right now the biggest riddle to solve is probably how to introduce sleep tracking without sacrificing too much battery life. Apple needs to figure that out soon. As my colleague Michael Simon argued in 2018, sleep tracking is one of the most compelling remaining reasons to buy a device like a Fitbit Versa 2 over an Apple Watch.

Apple introduced several new watch faces with the Series 4 and Series 5, but overall the library of available faces remains tiny. You can pull off some creative tricks with the Photos watch face, but even then your options are slim.

Third-party watch faces technically exist, but Apple keeps a tight leash on them by limiting them to pricey premium editions from partners like Hermès or Nike. Apple likely worries that introducing more watch faces would diminish the exclusivity of those devices.

Yet a larger library of watch faces would let us further personalize our watches beyond what existing watch faces or watch bands allow. Heck, they would let us coordinate colors with those bands more easily.

Sorry, but we’re never going to see a situation where Apple lets you download any ol’ watch face from the internet. The Photos watch face is probably as close as we’re going to get to that. But I wouldn’t rule out seeing Apple offer a library of approved library of third-party watch faces, and I’d be willing to bet most of these would come from either well-known designers or corporations like Disney. After all, if we can get a Mickey Mouse watch face, then why not one for Snoopy? The beagle even has his own show on Apple TV+. For that matter, why not Baby Yoda? That’s a real missed opportunity there, Apple.

Almost five years after launch, the Apple Watch still doesn’t have a native Notes app. A little hilariously, Google Keep syncs with the Apple Watch, but not Apple’s own Notes.

Apple took a step in the right direction by (finally) bringing Voice Memos to the Apple Watch in watchOS 6, but text-based notes missed the boat again. It’s really bizarre, especially when you consider that Notes is one of Apple’s most commonly used and recognizable iOS apps.

And it can’t be hard to make. Bear, one of my favorite notetaking apps for both the Mac and iPhone, works flawlessly on the Apple Watch as well. I can quickly use my watch to sift through notes I types on either of those devices, and I can dictate new notes through the app itself.

It’s hard to overstate the convenience an Apple Watch Notes app would afford. Speakers could quickly glance at their notes before a speech. At the grocery store, you could look at your shopping list without pulling out your phone. High school students could use their notes to cheat on tests. Hmmm. Maybe that’s why Apple hasn’t baked it in.

If Apple really wants the Apple Watch to take off more than it already has, then it should ditch the requirement that you need to have an iPhone before you can set one up or install updates.

I’ve argued this point before, and Apple took a big step toward making this idea a reality when it designed a native App Store for the Apple Watch in watchOS 6.

But it’s not enough. There are a lot of folks out there who would love to buy an Apple Watch—but refuse to buy an iPhone. Apple Watch adoption would increase wildly if Apple released a truly untethered Apple Watch, much as the iPod exploded in popularity after Apple released a Windows version of iTunes in 2003. For this to work, Apple would need to limit standalone watches to cellular-capable models and improve the experience of apps like the built-in App Store. I highly doubt Apple would release an Android version of the Watch app.

But there’s another, easier option: Apple could just let users set up their cellular Apple Watches through an iPad rather than an iPhone. The cheapest iPad costs only $329 (and they’re often on sale for much less than that), so it’s much more likely an Android phone owner would have one of those.