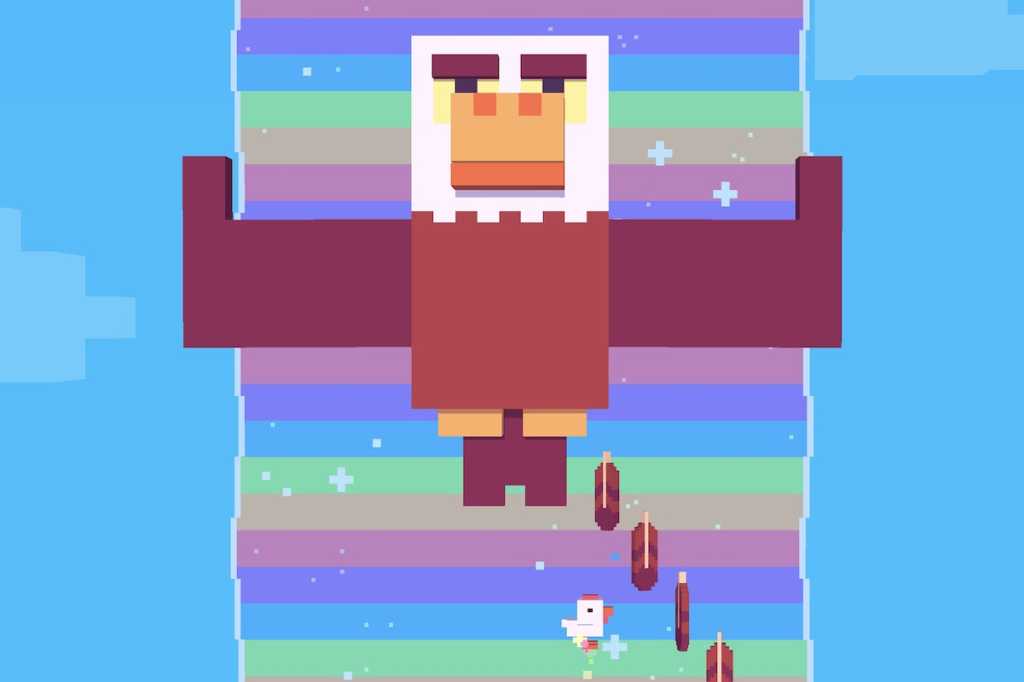 Apple Arcade hasn’t looked too hot lately. It started out well enough, thanks to a starting lineup that included some flashy titles like Sayonara Wild Hearts and a smattering of titles from well-known brands like Lego. In those early days, it was easy to argue that dismissing Apple Arcade as a mere “mobile game service” was doing it a disservice.

Lately, though? Not so much. That’s not to say there haven’t been some enjoyable games like Doomsday Vault, but few of the new ones caught that award-bait “ art house” vibe I championed last June. We’re not even at the six-month mark yet, and just a few days ago you could already find some other outlets penning editorials that all but proclaimed the death of Apple’s gaming service.

I was almost one of them. This month’s Loud House: Outta Control so disappointed me with the way it came off like a stereotypical mobile game that I didn’t even bother to write an Apple Arcade column for the week. When the following Friday came and went without a new Apple Arcade release, even I started to wonder if it was game over for the Cupertino company’s infant gaming service.

So thank goodness that the new Crossy Road Castle captures some of the excitement of those early days. It’s a followup game to 2014’s wildly popular (and, importantly, recognizable) Crossy Road, and it wears much the same pixelated aesthetic. This time, though, developer Hipster Whale has delivered a platformer that unfolds in a procedurally generated tower with floors that change every time you bounce through it.

You spend each level jumping from ledge to ledge with a member of a cast of unlockable characters that includes everything from a chicken to a “Big Fat Pig,” bouncing on the heads of blocky birds and solving puzzles along the way. Sometimes my chicken would waddle over a button, and I could send the birds plummeting onto spikes below. At other times I’d press switches that’d activate timed platforms, or I’d rocket from platform to platform with the help of yellow cannons. Boss fights even make an appearance. The first one had me chasing a giant bald eagle who plopped eggs and feathers in my general direction while soaring through a rainbow, and I rudely knocked her out of the sky by bumping her wings.

All the while, I collected coins, the better to replenish my health through a handy vending machine that shows up every 10 levels. Alternatively, I could spend some currency on unlocking new characters or nifty hats.

Sound sort of familiar? It should. Crossy Road might have owed a more than few debts to Frogger, but this might as well be Super Mario Bros. with chickens and doges standing in for Italian plumbers. It captures that feeling even better than Nintendo’s own Super Mario Run, as it’s not forcing you to bound through every level with an unrelenting jog. I didn’t realize how much I wanted something like this from Apple Arcade until it was in my hands.

Even better (in theory), it’s designed for local co-op for up to four players who can play either on the same device with multiple controllers or through Wi-Fi. I suspect it works better on the Apple TV, although I don’t have one on hand so I could try it out. Alas, it’s awkward on the iPhone and iPad when you’re playing on the same device. I may be missing something, but it looks as though one person still has to play with the touch controls while the other three can use whatever controllers are hooked up. (I tried it with a Sony DualShock 4 and the Rotor Riot, and both worked fine while paired at the same time.) Along with the fact that you can’t play with remote Apple Arcade-subscribed friends, it’s one of the few weak points in this colorful castle.

But overall, we have in Crossy Road Castle a game that lives up to Apple’s original promise for the service. It’s fun, polished (aside from the multiplayer thing), and feels like something that could be a minor hit on a device like the Nintendo Switch. It also marks a return to releasing games from well-known developers—even if they are known for mobile games. (Here’s a reminder that we’ve yet to hear anything new about Fantastian, the supposedly upcoming Apple Arcade game from Final Fantasy creator Hironobu Sakaguchi, despite how much Apple played him up at during the announcement.)

On that note, I have my doubts that Crossy Road Castle was even originally designed for Apple Arcade. You can still feel the “freemium” heritage of Crossy Road here, chiefly in the way that coins drop quickly at first and then grow scarcer as they levels progress. I hope I’m wrong, but I get the feeling that we were originally meant to plunk out cash for more coins in a cash shop.

I’m glad Crossy Road Castle is here. The fact remains, though, that it’s the first high-profile release we’ve seen from Apple Arcade in weeks—or months, really. As such, it’s hard to see this as a sign that the ship is already righting itself, especially since it comes just two weeks after the disappointment that was Loud House: Outta Control. After this, we could easily slip back into another stretch of aggressively fine releases.

But I’m choosing to look on the bright side. Crossy Road Castle shows that Apple still has the power to entice developers into Apple Arcade exclusivity on mobile, as the chart-topping development team at Hipster Whale has to know their game would make megabucks with a freemium model and with their game on both iOS and Android. It may be a sign that Apple Arcade might be healthier than some of its critics would believe. It’s a good time for Apple to start pulling out these big guns, too, as rumors suggest we’ll soon see a new Apple TV, and I’ve long believed that’s the best way to play Apple Arcade. A new processor would make that experience even better, and quality new games for Apple Arcade would be a good selling point for the new device.

Crossy Road Castle isn’t going to change your life, but if you’ve dropped off the Apple Arcade wagon, it’s good enough to warrant reviving that $4.99 subscription. After all, that’s about how much you should expect to pay for a single non-freemium mobile game, and you can also use this as an opportunity to check out some of the better games that have dropped since Apple Arcade’s first month. As you can see on my list of the best Apple Arcade games, I’m especially fond of relative newcomers Manifold Garden and Inmost, and at the moment, I’m thinking of booting something from the list to clear a path for Crossy Road Castle.

So good work, Apple. Now, please, just keep it up.