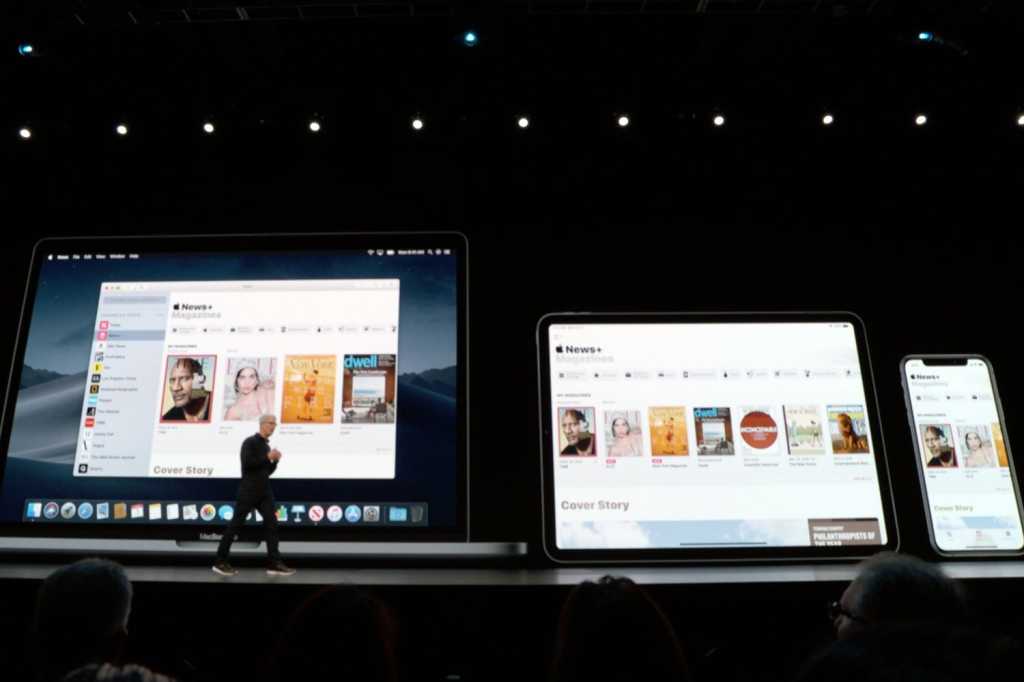 Facebook, Microsoft, and Google have now cancelled major conferences in the face of the spread of the coronavirus. Apple’s annual developer conference, WWDC, usually takes place in early June—and all eyes will now turn to Apple to see how the company will respond.

Apple has announced WWDC as late as mid-April in past years, so the company has some time to watch the spread of the virus and reach a final decision. But it’s becoming clear that we’re entering a period where international travel and large groups of people in small spaces is seriously counter-indicated.

The worldwide spread of a new virus isn’t generally something that burns out in a couple of months, which is why it’s likely that Apple is going to have to find an alternative for an enormous party with thousands of developers (and many key Apple employees) in San Jose. So if WWDC as we know it is unlikely to occur, what happens next?

Why the cancellations matter

Let’s lead with the obvious: I’m not a doctor or an epidemiologist. But it’s clear that this virus is spreading around the world rapidly. As Stratechery’s Ben Thompson pointed out this week, while it’s starting to seem like this virus might not be as fatal as was originally feared, it is highly transmissible and it tends to land an awful lot of people in the hospital with serious symptoms.

As a result, perhaps the best reason to cancel conferences is not to stop the spread of the virus, but to slow its spread, because our existing health infrastructure will be under intense pressure, and if a huge spike of patients happens, the hospitals will be overwhelmed. A lot of people are going to get the virus regardless, but the more we can reduce the speed of the spread, the better our health infrastructure can react and take care of patients.

What Apple can do

If you regularly attend WWDC you may not have noticed, but over the past few years Apple really has transformed the event from one that happened behind closed doors to one that occurs live on the internet. Many or most sessions are live streamed, with archived versions available on the WWDC app for later playback. The session content of WWDC could happen from a few studios at Apple Park, with no need for a large group gathering.

In terms of a keynote, Apple has several options. It can invite a small number of guests to a live media event at the Steve Jobs Theater—possibly with health checks for attendees—and make its major WWDC announcements in the same way it unveils the new iPhone every year. I kind of can’t imagine Apple doing a keynote without a live studio audience of some kind, but it’s possible it could limit the guest list even further, perhaps just to Apple employees. They’ll certainly provide the applause that’s required.

What’s left of WWDC, however, is the connections. With every session streamed online, the value of coming to San Jose is in making connections with other people. Apple offers “lab sessions” that allow developers to connect with key Apple engineers. This is a big deal, by far the most important thing that happens at WWDC. For the rest of the year, as a developer you can file bug reports about that issue that is making your app buggy, but at WWDC you can literally sit with the Apple engineer who is in charge of that feature and explain why your app is suffering. I can’t tell you how many stories I’ve heard from developers about how important it was to make contact with the people inside Apple who affect the fate of their software.

Labs will be a tough thing to replicate, but I think Apple needs to try. Perhaps there could be a way to sign up for “office hours” with Apple employees in certain categories, in which you’d get an appointment for a FaceTime call. Perhaps there could be live Q&A sessions where key members of various Apple teams field questions from an online audience of developers. Creating a way for developers to spend time with Apple people without overwhelming them is going to be hard, but it’s vitally important.

And who knows, maybe this event could lead to some cultural change inside Apple. If the company builds a system that allows developers to get time with Apple employees without making the trek to San Jose, maybe it could be used in other ways to facilitate the roll-out of new technologies and help developers who can’t attend pricey conferences get the most out of Apple’s stuff.

WWDC has become the main event on the Apple community’s calendar, a social gathering that includes live podcasts, adjunct conferences, and much more. It will be a shame if we lose all that. And I’m not sure anything can replace it. Instead, WWDC will go from feeling like a weeklong gathering of a community to feeling like… another Apple media event. The podcasts you listen to will cover it, but from afar. The parties won’t happen.

But here’s the truth: for most people, it won’t be any different. Most people in the Apple community don’t ever go to WWDC. Sure, they’ll miss experiencing it vicariously, but assuming Apple still announces new versions of its operating systems and maybe some exciting new hardware and all the media still covers it with all their energy, we’ll muddle through.

Finally, I have to wonder: There have been rumors that Apple will hold a media event in late March to announce a bunch of new products. To me, the big question is if Apple still wants to host a large group of media on the Apple Park at all, while this virus is spreading. Assuming the new products can even be made in time given the disruptions to the supply chain in China, would it be possible that Apple might pull the plug on any media event and just quietly brief some journalists in private and make an announcement via press release, as they did when the 16-inch MacBook Pro was announced last fall?

The fact is, Apple can get a spotlight whenever it wants it. It can announce via a live stream from deep inside Apple Park without any members of the press there. It can brief select journalists. Apple announcements will still be breaking news, even if the company needs to adjust the way it makes its announcements.

If WWDC’s in-person event is cancelled, I will be sad not to see my friends in San Jose. But it’s not too great a price to pay to help slow the spread of this virus and spare the stress on our medical infrastructure. And Apple will still be able to get its message out, regardless.