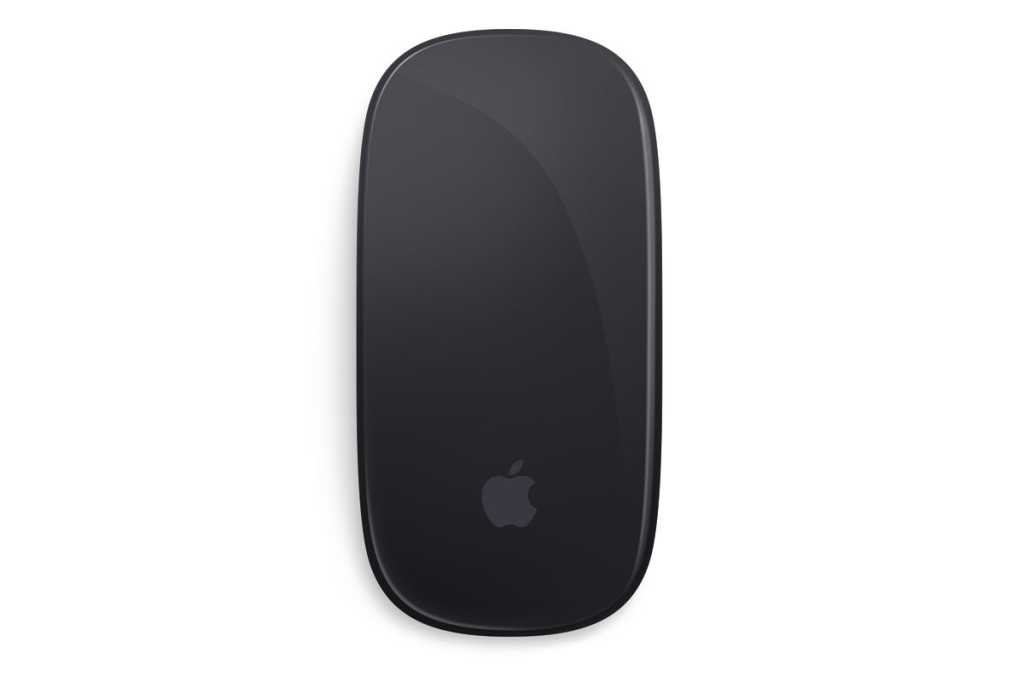 The original Macintosh wasn’t the first consumer computer to use a mouse, but it was likely the first popular computer to include a mouse in every box, as it was designed to be operated primarily with one. The Apple Mouse that came with the 1984 Macintosh was the first to truly popularize the concept of mouse-driven computers.

The interfaces of the mainstream computers we use today are still dominated by the pointer-and-clicking paradigms that began back then. Why then, has Apple—a company famous for its attention to usability design—made nothing but awful mice for over 20 years?

Where it all began

The original Macintosh came with the original Apple Mouse. It was boxy with chamfered edges that sort of looked like the Macintosh, and had a single huge button—the days of multi-button mice were still years away. It wasn’t a great mouse by today’s standards, but all mice back then were bad. They used ball mechanisms that got caught full of desk gunk and didn’t fit your hand well. The O.G. Macintosh mouse wasn’t great, but it was at least as great as any other mouse.

With the switch to the Apple Desktop Bus, Apple refined its mouse. It was still boxy, but the “fat end” moved to the back, and the whole thing was slimmer with a flatter button. This was, for the time, a legitimately good mouse, with superior ergonomics. It came first with the Apple IIGS, then later to the Mac.

This is where Apple should have introduced a second mouse button. For some reason, Apple’s reluctance to have more than one mouse button would plague its design ethos for ages. Apple commonly mistakes additional buttons as additional complexity, but holding down the control key and clicking, or long-clicking, is not simpler and more intuitive than clicking a right mouse button. If we had one finger on our hands rather than four, our hands might be simpler, but our interactions with the world would likely be more complicated.

A few years later, Apple updated the ADB mouse with a new plastic shell that gave it a teardrop shape, with a bulbous back side. While it still should have had a right mouse button, this was the clear apex of Apple mouse design. It was the most ergonomic and well-designed mouse (for its time) that Apple has ever produced.

And you could even get it in an awesome matte black color!

Unfortunately, this mouse, first released in 1993, would be the last one Apple makes to which I would give a grade over C-.

Apple’s first USB Mouse was the beginning of a string of bad mouse designs that remains unbroken to this day. And while the mice that followed were bad, none have been as bad as this was.

The iMac was the lynchpin of Steve Jobs’ glorious return to Apple, and it was accompanied by a mouse that is to this day held up as Exhibit A in any list of bad Apple products.

Perfectly round, the “hockey puck” (as it came to be called) is the ultimate expression of form over function. It was almost impossible to hold straight, which frustrated users who found the pointer always moving at a bit of an angle to the direction they were trying to move it. It also didn’t fit in your hand, and users prone to vigorous use would find that clicking too hard raised up the back end of the mouse.

When the Pro Mouse was introduced in 2000, Steve Jobs got on stage and showed a quote from the press proclaiming the previous USB mouse to be the “worst mouse ever made.” He then said, “Some people think that this is the worst mouse in the world, and we’d like to change that.” Imagine that kind of candor from the Apple of today!

Apple’s first optical mouse, the Pro Mouse was at least not round, though it followed the questionable “transparent case” design motif of the Power Mac G4 Cube. It’s pretty when it’s new, but it becomes a mess of scratches in short order.

Worse, it had a ridiculously short cord that was prone to failure. Ergonomically, it was a bit on the small side and didn’t fit either a claw-grip or palm-grip style very well.

By this time, the rest of the computing world was using two-button mice with a scroll wheel, and fans insisted that Apple adopt this norm. Apple’s answer was to remove all the buttons and make a one-button mouse where you click down on the entire mouse body.

It sure made the mouse look good, but in practice, it was a step back in usability. Being able to click anywhere on the mouse isn’t really a feature people need, and the force of pressing down the entire mouse body often moved the pointer a little bit, causing you to miss what you were clicking on. There was a feature to adjust the click force, but the differences were so hard to notice that Apple dropped it on future mice.

Apple later made a wireless bluetooth version that was otherwise not very different.

The follow-up to the Pro Mouse was the Mighty Mouse, another in a line of mice that seems to be designed by someone who never had to actually use it.

It carried on the attractive-but-not-ergonomic shape of the Pro Mouse, but added a tiny little trackball to the top. Apple’s answer to the scroll wheel that was common to every other mouse at this time was a very tiny trackball that could scroll in any direction, but was so diminutive that it made scrolling through webpages or long documents a chore.

The Mighty Mouse had squeeze sensors on the side that were easy to accidentally trigger just by holding and moving the mouse around, and instead of buttons it featured left and right capacitive touch sensors.

Nothing actually clicks on this mouse—there’s just fake clicking sounds from a speaker inside. The lack of all tactile sensation makes “clicking” feel incredibly weird. And while this was the first Apple mouse with a right-click function (even though its operating system had useful control-click menus for ages), it was almost impossible to actually get it to work.

The mouse would only right-click if there was no touch sensed on the left mouse button area. So you had to lift one finger first and then tap the right side of the mouse with your other finger. It boggles the mind that anyone at Apple actually used this and said, “yeah, ship it!”

Apple’s Magic Keyboard is fantastic. It’s Magic Mouse…not so much. Once again loathe to mar it’s beautiful mouse with gauche buttons, Apple turned the whole click area into a multi-touch trackpad of sorts.

This allows for left- and right-clicking and scrolling (though the default configuration is for a one-button mode), along with gestures to do things like open up Dashboard or Expose. Gestures sound like a good idea, but they’re impractical on a mouse. It’s almost impossible to make use of them without accidentally moving the mouse around. Swiping and pinching on a stationary trackpad is fine, but it just isn’t a great interaction on a device made to glide effortlessly across your desk.

The ambidextrous nature of the shape is appealing, but it otherwise doesn’t offer good ergonomics for a mouse. The symmetrical front-to-back slope doesn’t fit the contours of one’s hand. It’s too low and flat for a palm-style grip, and doesn’t have enough vertical edge to make for a comfortable claw-style grip.

Apple updated the Magic Mouse to get rid of the replaceable batteries and instead offer charging via Lightning connector; a good idea, if only it hadn’t put the Lightning connector on the bottom of the mouse so you have to tip your mouse onto its side or back to charge it, rendering it useless. Simply putting this port along the front edge would let you use your mouse like a traditional wired mouse while it charges.

Even if you get past all that, the fundamental experience of using a Magic Mouse isn’t as good as most third-party mice. Compared to the responsiveness and precision offered by the best mice, Apple’s first-party pointing device feels downright sluggish.

How Apple can address its mouse problem

Apple’s trackpads are smooth, precise, intuitive, and a joy to use. By comparison, Apple’s mice have held the coveted spot of “first thing you should replace on your Mac” for two decades. If I thought Apple cared about mice at all anymore, I would imagine it was embarrassed. In the off chance that Apple wants to make its first great mouse in a generation, here are a few simple suggestions.

Bring back real buttons: Give us real, physical buttons that travel and click. Nothing beats the actual tactile sensation of moving parts with proper travel and bounce. Just ask your keyboard designers! We need a left and right buttons. I have more than one finger on my hand.

Give it a scroll wheel: Apple’s never made a mouse with a proper scroll wheel, but there’s a reason they refuse to go away on third-party mice. Simple up-and-down scrolling with a nice fat wheel feels good, works in every application, is discoverable and intuitive, and doesn’t make the mouse move around like touch gestures do. Don’t reinvent the wheel, just make the best damn wheel on the market.

Make it fit our hands: Left/right symmetry is a fine design goal (and left-handed users will thank you), but front/back symmetry just doesn’t match the shape of our hands. For a mouse to have good contact with a relaxed hand it needs to be thicker than the Magic Mouse, especially near the back end.

Obsess over latency and tracking performance: Apple works so diligently to bring down latency on its touch screens and the Apple Pencil, because it recognizes that creating that sense of immediacy makes using your technology feel magical. Strange then that its mice feel so sluggish and unresponsive by comparison. The next Apple mouse should have millisecond latency, extreme tracking precision, and crazy high sampling rates. As with all input devices, tiny delays between our physical movement and a reaction on screen are felt before they are seen, and the chief goal of Apple’s mice should be to feel amazing—like you’re directly connected to your computer.

Apple often seems to fall subject to a false rationale that something clean, symmetrical, and minimalist is de facto easier to use; that the less complex something looks the less complex it is. That’s not always true—especially when it comes to devices we are meant to use without looking at them! It’s the core problem with the controversial Touch Bar on MacBooks and the overwhelmingly loathed design of the Siri Remote for the Apple TV.

If Apple wants to make the world’s greatest mouse (and why shouldn’t it?), it has to let go of this eyes-first design ethos. An Apple mouse can still be made to look great, but it must feel great, first and foremost.