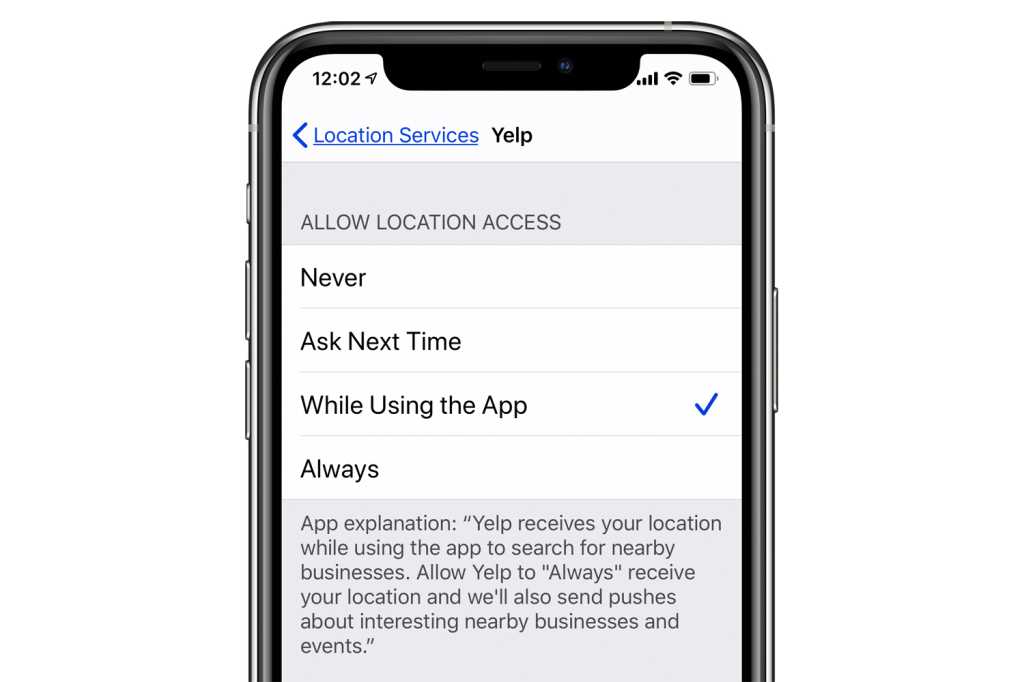 In each successive release of iOS (and now iPadOS), Apple tweaks location permissions so that app developers have less and less ability to track you all the time. With the update to iOS and iPadOS 13, apps may only ask a user if they want to have their location accessed while using the app (thus now and on each subsequent use), once (a single request while you’re using it), or never (“Don’t Allow”).

Apple used to let apps ask if a user would allow it to track their location all the time, which meant in the background as well as when the app was running. While that’s useful for a mapping app, it might seem unnecessary for an in-store shopping app, a news app, or other categories of software.

Because of this change, not all users are aware of the new distinction. If you want an app to be allowed to track you at any given time, you have to visit Settings > Privacy > Location Services, tap the app, and select Always, if that option is available. (Apple requires disclosure in that area of how an app plans to use your location data, too.)

Some people routinely force quit apps in iOS, a habit that in fact produces worse performance than better, as iOS automatically manages what’s stored in fast, volatile RAM versus what’s kept on the slower, persistent flash memory. For such users, they might think force quitting an app also disables location tracking.

But it doesn’t. Force quitting an app set to Always can trigger iOS and iPadOS to relaunch it, because it’s provisioned that app to have background access.

If you want to disable background location checking, use Settings > Privacy > Location Services instead.

This Mac 911 article is in response to a question submitted by Macworld reader Dennis.