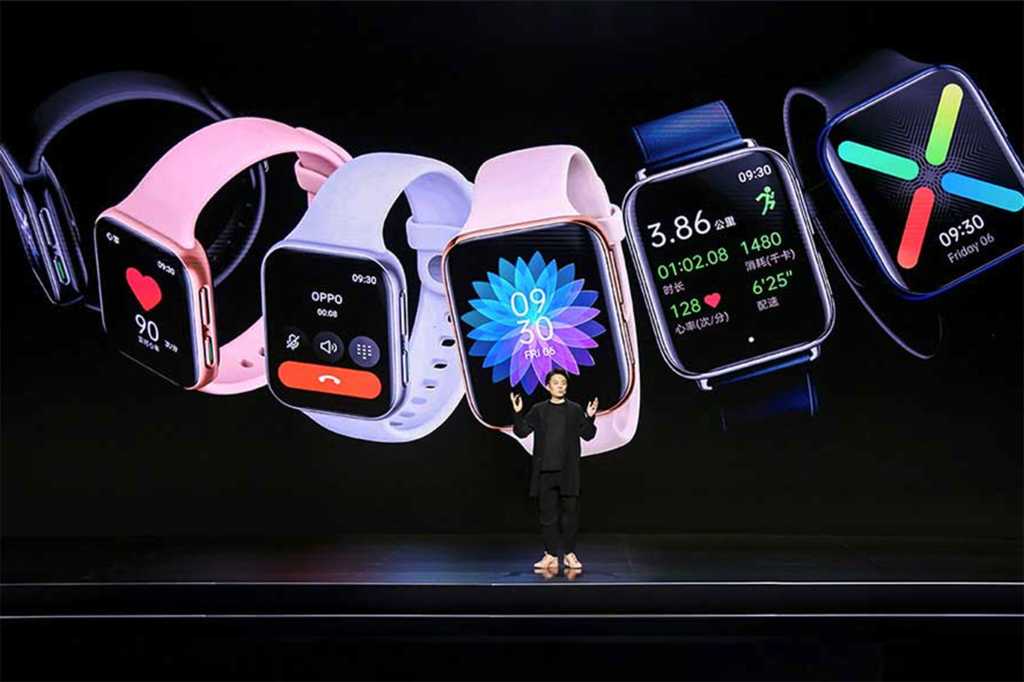 If you glance quickly at a picture of the Oppo Watch, you’re going to think it’s an Apple Watch. Heck, even if you say the name quickly, it sounds like Apple Watch.

No matter how Oppo spins it, there’s no denying that it set out to make an Apple Watch for Android users. It has a square shape, dark UI, fitness-first features, cellular connectivity, and button-based band swapping. But for all the jokes and Not Jony Ive shots it’s inevitably going to take, the Oppo Watch is more than just another cheap Apple Watch knock-off. It actually brings four things to the table that I want in the Apple Watch Series 6.

While Fitbit watches have led the way in sleep tracking for years, few others have been able to offer the kind of all-night sleep tracking in full-fledged smartwatches. Oppo claims its watch can deliver on the promise of sleep tracking by generating “a sleep report of the user’s duration of deep sleep, light sleep, and awake time.” That sounds pretty comprehensive and a big advantage over the Apple Watch, which doesn’t offer native sleep tracking at all.

Of course, to implement proper sleep tracking, you need a battery that lasts through the night, and Oppo claims its watch has one that does, reportedly getting 40 hours on a single change with all of the smart stuff switched on.

That’s impressive on its own, but the Oppo Watch has another trick up its sleeve as well: a Dual-Chip Endurance System that switches between a Snapdragon chip and an Apollo chip, depending on power usage mode. That means it can last for three weeks in power-saver mode and still enjoy “basic functions such as notifications.”

At 10.7mm thick, the Apple Watch is pretty thin compared to most other Wear OS watches. But next to the Oppo Watch, it’s a behemoth. By using a “flexible hyperboloid display,” Oppo has managed to get its watch all the way down to 4.5mm, quite a feat for a device with cellular connectivity, five sensors, and a battery.

It might be easy enough to charge the Apple Watch by popping it onto its magnetic induction charger, but it still takes about two hours to fill it up. According to Oppo, a full charge of its smartwatch takes about 75 minutes, but after just 15 minutes on the charger, you’ll get enough juice for around 18 hours of use, which is how long an Apple Watch lasts on a full charge.

Apple has some of the best watch faces around on the Apple Watch, but the library to choose from is relatively limited. That’s because Apple doesn’t allow third-party watch faces—with good reasons—and there’s no indication that Oppo will either.

However, it does have a cool way to keep your watch looking fresh each time you put it on. I’m not entirely sure how it works, but Oppo says its watch has a built-in “style-matching AI watch face” that will “generate a wallpaper that matches a photo of the user’s outfit, inventing a stylish new look every day.” I’m not gonna lie: that sounds downright Apple-like.