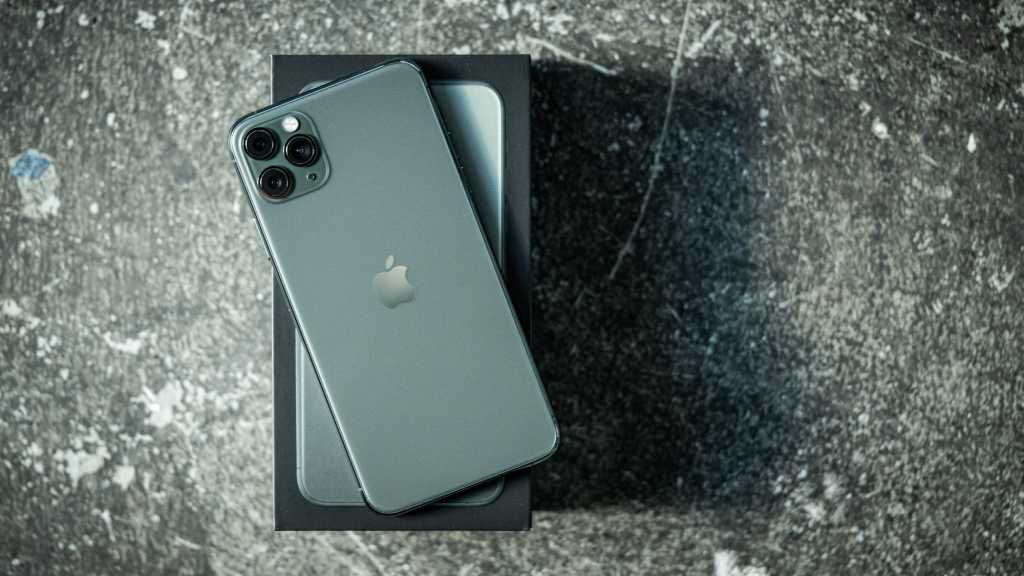 WWDC may be in  limbo due to the coronavirus outbreak, but that’s not stopping the release of iOS 14 and iPadOS 14. Apple is hard at work on the next update for the iPhone and iPad, and details are starting to leak ahead of the big reveal. Here is everything we know so far.

Update 06/18/20: 9to5Mac reports that iOS 14 will get an updated Podcasts app with “For You” section and bonus content.

According to a new report from 9to5Mac, Apple is preparing an overhauled Podcasts app for iPhone and iPad (and likely, Mac).

The updated app will take many of its interface cues from Apple Music, including a “For You” tab to suggest new podcasts based on what you’re listening to. That’s a significant interface change, but Podcasts already has a “Shows You Might Like” section.

In addition, the Podcasts all will allow podcast creators to create and distribute bonus content, similar to the bonus content you sometimes get when buying or renting a movie on Apple TV.

A report in GizChina states that Apple may have a built-in function in iOS 14 to record the audio from phone and FaceTime calls. The rumor comes from the jailbreak community, a leaked image from the Settings app.

Laws about call recording vary by region, but it is up to the individual to follow them, and it is almost never illegal to sell a device capable of recording calls.

According to an early build of iOS14 obtained by 9to5Mac, it appears that Apple is working to expand Siri’s minimal translation features (just words and phrases) into something grander and more system-wide. Safari, the site claims, may have the ability to translate webpages without the use of a third-party app or service.

Safari would be the first app to get the translation ability, but Apple is said to be testing the feature with other apps, too. Translation would happen locally using the Neural Engine, so you wouldn’t even necessarily need an internet connection.

According to 9to5Mac, Apple is planning to enable Apple Pencil support on websites. You’d be able to use the pencil as a complete pointing device, not just to draw and markup, but to scroll, tap, and input.

This dovetails nicely with the previously rumored new Pencil handwriting translation that works in any text field throughout iPadOS (see below).

According to 9to5Mac, Apple is working on a new tool for developers in iOS 14, code-named Clips (not to be confused with the Clips app). The tool allows developers to designate small parts of their app and associate it with QR codes or links. If a user scans the associated QR code, a card would pop up with an interactive piece of the app, along with the option to download the full app.

This sounds similar to the Android Slices tool, and somewhat like its Instant Apps feature that never really caught on. It’s unlikely that this would be marketed to users as “Clips” given Apple’s fun video app of the same name. It’s probably just to be a new feature of AppKit for developers.

Twitter user @DongleBookPro has what are claimed to be images of the iOS 14 wallpaper management screens. They show a new “collections” menu that users can populate with their own photos and some “home screen appearance” options that let you change the way your home screen image looks—making it darker, giving it a gradient, etc.

More interesting is the details of what we might be able to do with our home screens. A project code-named “Avocado” is rumored to allow the placement of real widgets on our iPhone and iPad home screens. Not the simple column of static widgets we have today, but moveable dynamic widgets. Reportedly, the feature is still being worked on and might be scrapped, so don’t get your hopes up too much.

According to code obtained by 9to5Mac, Apple will allow users to set a wallpaper for use in CarPlay for the first time. The site claims that Apple is testing the feature with its own built-in wallpapers for now, which have light and dark modes that toggle automatically with ambient light, just as the rest of the CarPlay interface does.

In the Maps app, Apple will give more information about Genius Bar services offered at Apple Stores. For example, you can see if the store offers same-day screen or battery repairs, or device trade-in for credit.

In addition, 9to5 says Maps will tell you if a location has seating for couples, discounts for children, or private rooms. Movie theaters with IMAX sessions will also be featured.

Every new version of iOS includes new apps, and iOS 14 is no different. According to 9to5Mac, the biggest addition to Apple’s app library will be a new AR app where users can “get more information about the world around them by using an augmented reality experience on the phone.” Specifically, the site has found references to the Apple Store and Starbucks, which suggests Apple will be partnering with stores like it does for Apple Pay and the Apple Card.

Also pegged for release in iOS 14 is a new fitness app “designed to let users download guided fitness-related videos that will walk them through various workouts.” As reported by MacRumors, the app will debut as part of iOS 14, watchOS 7, and tvOS 14, and appears to work in tandem with the existing Activity app. The new fitness app will feature downloadable videos “that cover a range of different workout options and activities, getting guidance on completing those activities on the Apple Watch.”

As far as existing apps, there are sure to be plenty of new features to play with, but one that would be extremely popular is the ability to retract iMessages after they are sent. According to MacRumors, users would be able to take back a message that was accidentally or inadvertently sent, with “Fine print visible to both the sender and recipients indicating that a message has been retracted.”

A report by Mark Gurman at Bloomberg also says that Apple will finally be allowing users to change default apps in iOS 14. Previously, iPhone users were forced to use stock apps such as Safari and Mail when opening links, but Apple may be relaxing its stance due to antitrust cases.

iOS and iPadOS 14: UI and navigation

Along with the possible release of a Smart Keyboard with Trackpad for the iPad, Mac-style cursors might also be on the way for Apple’s tablet, with the classic arrow pointer and gloved-hand icons reportedly making their way over from the Mac. Furthermore, Apple might be introducing new trackpad gestures that let you quickly switch between apps, reports 9to5Mac.

The Home screen might also be getting a revamp. Short of letting users hide the apps they don’t regularly use, iOS 14 will reportedly include a list view like that in watchOS that “will include a list of all application icons, making it easier for users to see all of their installed apps at once.” 9to5Mac reports that iOS 14’s new list view will include various sorting options, including filters by apps with unread notifications and frequency of use. And Siri will offer suggestions based on time and location.

Along with a new list view, the iPhone might also be getting an iPad-style multitasking screen called Grid Switcher, according to Ben Geskin on Twitter. When you swipe up on the Home indicator, you’ll get two rows of recent apps, and there may be some split-screen functionality as well. As he explains, “When you swipe the app down, screen goes darker and it shows the lock above it, it locks and unlocks as you swipe down.”

Finally, Apple might be opening up its wallpaper selector to third-party artists. Along with new categories such as “Earth & Moon” and “Flowers,” 9to5Mac also reports that developers will be able to provide “wallpaper collections” that are accessible inside Settings.

There may also be new optical character recognition for Apple Pencil that translates your handwritten notes into text. According to MacRumors, “the PencilKit feature appears to work with any text input field available in iOS, making it compatible with Messages, Notes, Reminders, Calendar, Mail, and more. A floating interface will pop up whenever a text field is tapped with the pencil, allowing for the written input.” There will also be support for third-party apps, according to the rumor.

Apple has notably lagged behind Google and Amazon when it comes to smart-home support, but iOS 14 will close the gap a bit with some major new features. Most notably, Apple might finally let users select a default AirPlay audio output option (like a HomePod, for example) so whenever you power up an Apple TV, it connects to the same speaker.

Lights and cameras are also reportedly getting new capabilities. 9to5Mac reports that Night Shift will be coming for smart lighting, allowing bulbs to “automatically adjust light color temperature throughout the day.” Also, HomeKit Secure Video for smart cameras will “likely be upgraded to not only detect people in general, but also offer notifications around detecting specific people in your family,” according to 9to5Mac.

9to5Mac has unearthed some interesting accessibility options in iOS 14. Among the new findings are a new feature that will be able to detect sounds such as fire alarms, sirens, door knocks, doorbells, and even crying babies, and presumably alert people with hearing issues.

Also new would be the ability to use the camera to detect hand gestures for controlling things on screen. AirPods could be getting some new accessibility features as well, with a feature called Audio Accommodations for people with “mild to moderate” hearing loss. Finally, iOS 14 will reportedly “offer the ability to run an audiogram on-device to help the users tune the audio.”

Following a public beta schedule, iOS 14 will likely make its debut in the fall when the iPhone 12 arrives.