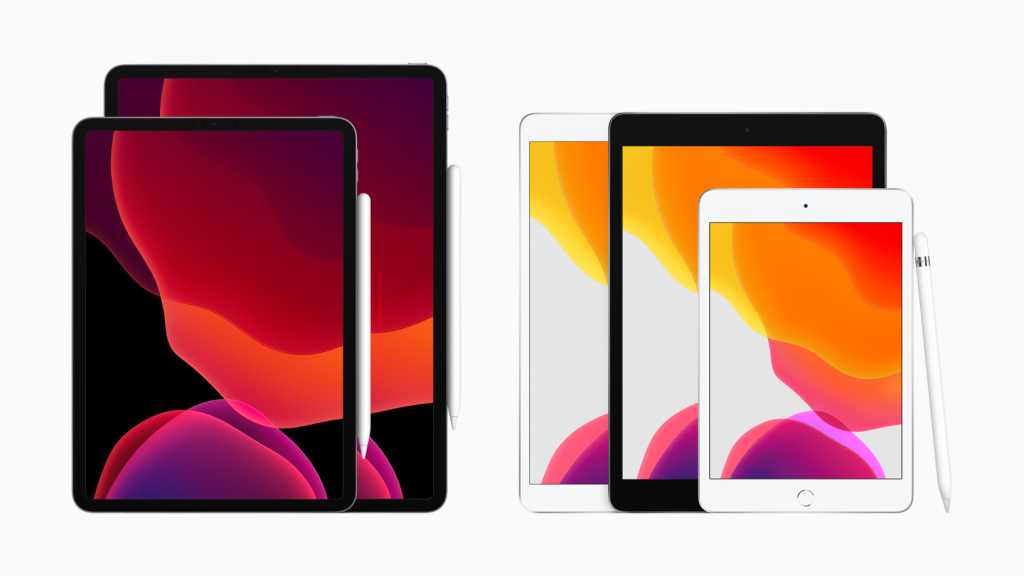 The report that real, Mac-style cursor support is coming to the iPad is sure to make a lot of people upset. Some will argue that the purity of the iPad will be ruined by the introduction of Mac-style arrow cursors. Others will suggest that Apple already makes a proper operating system for keyboards and mice, and it’s called macOS, and iPadOS can’t hope to measure up.

Hi, it’s me, your pal Jason. I use an iMac Pro at my desk and travel with an iPad Pro, so I’m a fan of the Mac and the iPad as productivity devices. And I’m here to tell you that everything is going to be okay. If this report is true, Apple will be adding an additional color to the iPad’s palette—but it’ll still be great at what it’s great at and it still won’t really be a Mac. So settle down.

After last week’s report that Apple is working on a Smart Keyboard for iPad that includes a trackpad, I was left wondering how they’d explain it given the current state of cursor support on iPadOS. My best guess is that if Apple ships an iPad keyboard with a trackpad this spring, it’ll be able to drive a text-editing cursor or, if you turn it on, the Assistive Touch accessibility cursor that’s been available since iPadOS 13. Regardless, for this trackpad to really make sense, there needs to be some sort of big-picture acceptance of cursors in iPadOS 14.

First, let’s be clear: iPadOS can’t be polluted by cursors because it already has them. Put two fingers down on the iPad’s software keyboard and the keyboard transforms into a trackpad, which you can use to select and edit text and move a text-editing cursor around the screen. And of course, Assistive Touch will let you pair a mouse and drive a virtual finger that floats on the screen—not quite a cursor, but awfully close.

As someone who uses an iPad with an external keyboard an awful lot, I can tell you that there’s good reason for iPad users to want to use a pointing device. When my hands are down on the keyboard, reaching up to perform actions on the iPad screen isn’t the best experience. Sure, a swipe up or down here and there is fine, but if I want to do something a bit more precise, it gets old fast. Mac users should understand this better than anyone—it’s better to have a pointing device down on the same surface where you put your hands.

But Assistive Touch’s floating finger approach isn’t the right one to take, in the long run. Not only is it big and ugly, but it’s not a finger, it’s an abstract shape being driven by a mouse or trackpad. Yes, you can move it over a button and click and it’ll work fine, but try to swipe on something. If you’re using a mouse, you have to move, click, hold your click, and then carefully slide to the left or right before letting go. A simple, easy gesture for a finger is a precision bit of clicking and dragging for a mouse. (The right approach would be, as on the Mac, to let a finger swipe on the trackpad, when the cursor’s over an item, perform the same action.)

If Apple’s truly adding Mac-style cursor support to iOS, it means it’s going to go beyond the floating finger. Today’s iPad apps don’t have any conception of an external pointing device—they are just looking for finger touches. A real cursor system means that apps will need to adapt their behavior based on what pointing devices are attached to the device. When a mouse is connected, the interface might change to be more friendly to those devices. (This isn’t a radical concept—consider that the software keyboard disappears when a hardware keyboard is connected. That’s basic adaptability, but it’s where this all starts.)

The thing is, some of this groundwork has already been laid: iPad apps that have been adapted to support the Mac via Mac Catalyst are, at least theoretically, apps that are capable of being driven by mouse and keyboard or by touch. Apple is reportedly adding a slew of new keyboard functionality to iPadOS this spring in a software update. It’s easy to imagine Apple giving app developers even more tools to let an app provide affordances for pointing devices when they’re attached.

However, it’s important to consider that adding a new, optional interface to the iPad isn’t going to wreck the iPad. The iPad has supported keyboards since day one, and the Smart Keyboard has existed for more than four years, and it hasn’t changed the fact that iPad apps don’t assume you’ve got a keyboard.

The Apple Pencil arrived the same time as the Smart Keyboard, and there was a time when the idea that Apple would make a stylus for an iPad was considered heretical. The truth is, the Pencil is a fantastic accessory for the iPad that many people swear by for many tasks—I use it to edit podcasts, myself—but the existence of the pencil hasn’t harmed the fundamentals of the iPad’s touch interface one bit.

The same will be true for mice and trackpads. They will be extra accessories for people who want or need them. Like keyboards and the Pencil, pointing devices will make using the iPad appreciably better for some tasks and use cases—but when they’re not around, the iPad will remain the same, touch-first tablet it is today.

It doesn’t go both ways

For years, people have been criticizing Apple for refusing to make Macs with touchscreen displays. Windows PCs have had them for ages. Chromebooks have them. But Apple has steadfastly refused to provide them on the Mac, citing the bad ergonomics of having to reach up and manipulate a touchscreen.

That argument’s a little disingenuous, since nobody’s asking Apple to stop using a trackpad or mouse. And having used a Chromebook with a touchscreen for a while, I admit that I’d love to have a Mac laptop that would respond if I absentmindedly swiped on its screen in order to scroll a webpage.

Apple’s real reason for not building touchscreen Macs is that every inch of the Mac was designed for cursor control. Cursors can provide a level of precision that our fat, greasy human fingers can’t hope to. If Apple wanted to make the Mac into a viable touchscreen interface, it would need to rethink the interface, move elements around, make touch targets bigger—and in doing so, completely redesign (or, if you’re feeling grumpy, destroy) the Mac experience.

Just look at what Microsoft has done. Windows supports touch, yes, but thus far Microsoft has faced a lot of resistance in making the touch-friendly aspects of the interface the primary way you interact with a Windows PC. You can use a Surface as a pure tablet with no input devices, but… it’s not great. But plug a keyboard and mouse into it, and you’ve got a great PC—being driven by a precision pointing device.

Apple doesn’t have to push and pull its cursor-based operating system into supporting touch, because it has iOS and iPadOS, a wildly popular touch-first operating system. And here’s the clever bit: Adding cursor support to iPadOS is far easier than adding touch support to the Mac. Because iPadOS’s interface designs are already built to accommodate the less precise pointers that are human fingers, they don’t need to be redesigned to support a mouse cursor. You don’t have to ruin the iPad interface to support cursors, while you’d have to remake (or, grumpy person, ruin) the Mac to have it support touch.

What makes the iPad great is its ultimate flexibility. When I write about iPad keyboards, people inevitably say: Why don’t you just use a MacBook, already?

But the iPad lets me tear off the keyboard when I’m not using it, and a MacBook doesn’t. I can use my same iPad Pro, and all the same apps, when my iPad Pro is completely naked, when it’s attached to a keyboard, when I have an Apple Pencil in my hand, and yes, even when I’ve got a Bluetooth mouse attached.

This is why I love the iPad so much. It’s everything I want it to be, when I want it to be that—and not when I don’t. Yes, there are definitely tasks my Mac is much better at performing, and in those cases using an iPad can be a compromise. But using a MacBook that can’t be transformed into a light touchscreen tablet is also a compromise. And unlike the current Windows experience, I don’t have to retreat into a weird faux-Mac interface to get real work done.

And with true cursor support, the iPad will become even more flexible. Right now plugging an iPad into an external display will generate a mirror of the iPad’s screen or a media preview from specific apps—but there’s nothing stopping Apple from allowing the iPad to instead treat that display as a true second monitor. Once you have a keyboard and mouse to drive those apps, that second monitor is fair game.

It also gives Apple a bunch of options for new iPadOS-based hardware. I’d love to see a large-format iPad in the style of Microsoft’s Surface Studio, which can be set down into a touch-focused configuration—or popped up into the place a more traditional computer monitor would go, to be driven by a mouse and keyboard.

The iPad will never stop being the iPad. That means it will never stop being a device that’s built from the ground up on touch interfaces, and that excels when you hold it in your hands. But it also means that it’s flexible enough to go beyond that base configuration, if and when you need it to. Bring it on.