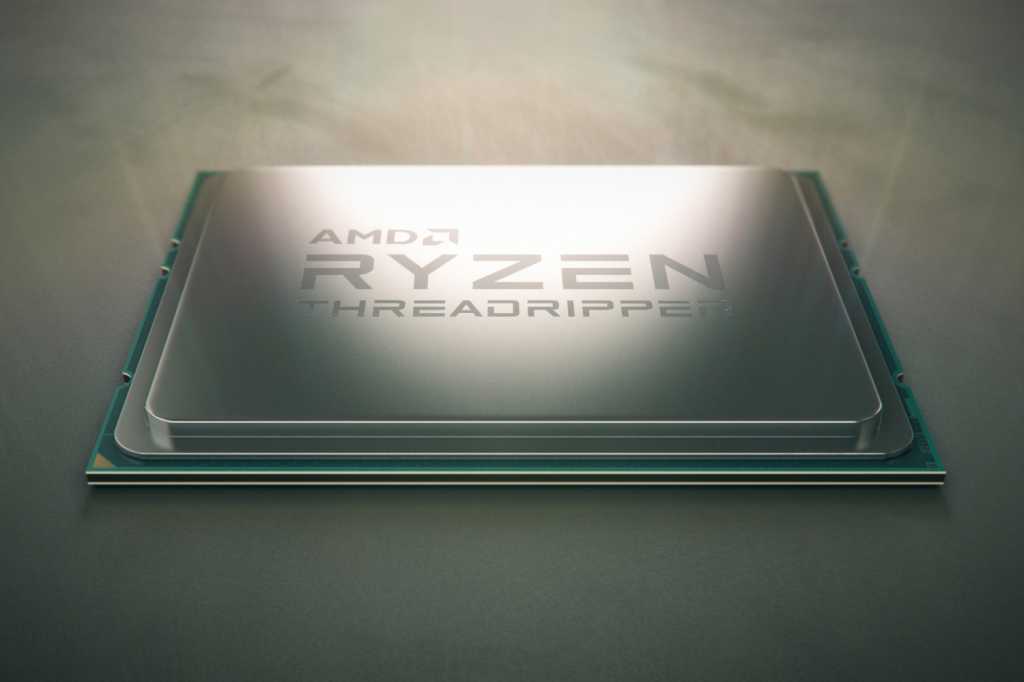 Over a year ago, I argued that Apple should replace Intel with AMD in its Mac lineup. Today, the choice seems even clearer. From low-power laptops to the big iron in the Mac Pro, Apple would be well-served to consider AMD alternatives to Intel CPUs.

The Mac Pro is a big, expensive, high-power system made for heavy multithreaded workloads. So Apple equips it with Intel Xeon workstation processors, from the 8-core, 16-thread W-3223 to the 28-core, 56-thread W-3275M. The cheapest, slowest model retails for $750 and has a thermal design power of 160 watts, and that scales up to almost $7,500 and 205 watts on the high end.

How does AMD’s latest Ryzen Threadripper processors compare? At the low end, AMD is more expensive—the Threadripper 3960X is a $1,400 processor. But it offers 24 cores and 48 threads. It’s got more than twice the cache. Yes, it has a higher TDP (250 watts), but bear in mind that AMD and Intel measure TDP a little differently. In every benchmark we’ve seen, AMD’s latest Threadripper just demolishes the comparable Intel chips. It’s not even close.

But AMD’s workstation platform has other benefits. It supports faster RAM (most motherboards claim to support “only” 256GB, but the processor itself is capable of 1TB) and PCI Express 4.0, which means faster storage.

With the third-gen Ryzen Threadripper products, Apple could have built a Mac Pro that costs thousands less and is considerably faster on the kind of heavily multi-threaded workloads that Mac is made for.

More expensive? Yeah, a bit…though Apple likely doesn’t pay these prices anyway. But the Ryzen chips are so much faster than Intel’s, particularly at the things Macs are used for (you know…not gaming). Our colleagues at PCWorld called the high-end Ryzen chip an “epic end-zone dance over Intel.” Ouch.

If Apple wanted to make a new thinner iMac design without a discrete GPU, it could adopting the forthcoming “Renoir” APU (AMD’s name for a processor combining CPU and GPU). It will first appear as the Ryzen 4000 series for laptops, but is expected to have versions in the 45-watt to 65-watt range for all-in-one desktops. We don’t yet know exactly what to expect from them, but if the performance of the lower-wattage mobile parts are any indication, they should be a huge improvement over the current Intel-based iMacs.

But before the higher-power Renoir chips land in desktops, it’s coming to mobile as the Ryzen 4000 series. These chips take the fantastic Zen 2 CPU architecture that have been embarrassing Intel on the desktop and brings it down to the laptop power envelope. It’s combined with a new version of the Vega graphics architecture optimized for greater efficiency and lower power.

We don’t have benchmarks from shipping products yet—the first Windows machines with these mobile parts are just about to hit the market. But from what we’ve seen so far, it seems like these mobile processors will be significantly faster than Intel’s when configured for the same thermal and power limits.

The real question is battery life. Intel has enjoyed a big advantage over AMD in mobile battery life, not just because of the efficiency of its processors but its entire platform-level optimizations. Again, independent testing has yet to be done, but it appears that AMD will be at least reasonably close to Intel in laptops based on the new Ryzen 4000 mobile parts.

One sticking point for using AMD in Apple laptops would be making Thunderbolt 3 support a reality. Apple includes Thunderbolt 3 on all its laptops now, including support for external GPUs. It’s all but missing on AMD-based systems.

It doesn’t have to be that way. Intel has opened up Thunderbolt 3 licensing, and any laptop vendor could put Thunderbolt 3 inside. But testing and qualification is another matter, and is apparently a big hold-up. The first AMD motherboard with Thunderbolt 3 (the ASRock X570 Phantom Gaming ITX/TB3) was just certified last month.

Apple is, well, Apple. I think if it wanted to ship a laptop with Thunderbolt 3, and had done its engineering right, it could probably fast-track certification.

Is Apple exploring AMD CPUs? What about ARM?

Apple may already be experimenting with Macs that use AMD CPUs. Back in February, Twitter user _rogame spotted some interesting references in macOS 10.15.4 beta 1. There are references to several AMD products including GPUs (Navi), existing APUs (Picasso, Raven), and upcoming APUs (Renoir, Van Gogh).

The existence of these doesn’t necessarily mean Apple intends to produce products with them. Since AMD’s APUs are compatible with the same code Intel processors are (with a few exceptions), it’s probably not a huge task for Apple to get macOS up and running on them. Apple probably has internal experiments to run macOS on AMD, and that doesn’t mean they’ll ever turn into products.

Then there’s the ever-present rumor that Apple will produce Macs with its ARM-based processors of its own design; variations on the excellent processors it builds for iPhones and iPads. I still think that’s the right move for Apple in the long term, but I also think it’s a process with a long transition time. It will probably start on the smallest MacBook laptops and take years before iMacs and Mac Pros make the switch, if ever.

Looking at AMD’s current product offerings and comparing its roadmap to Intel’s, the best thing Apple can do to produce the best products for its customers is to kick Intel’s CPUs to the curb.