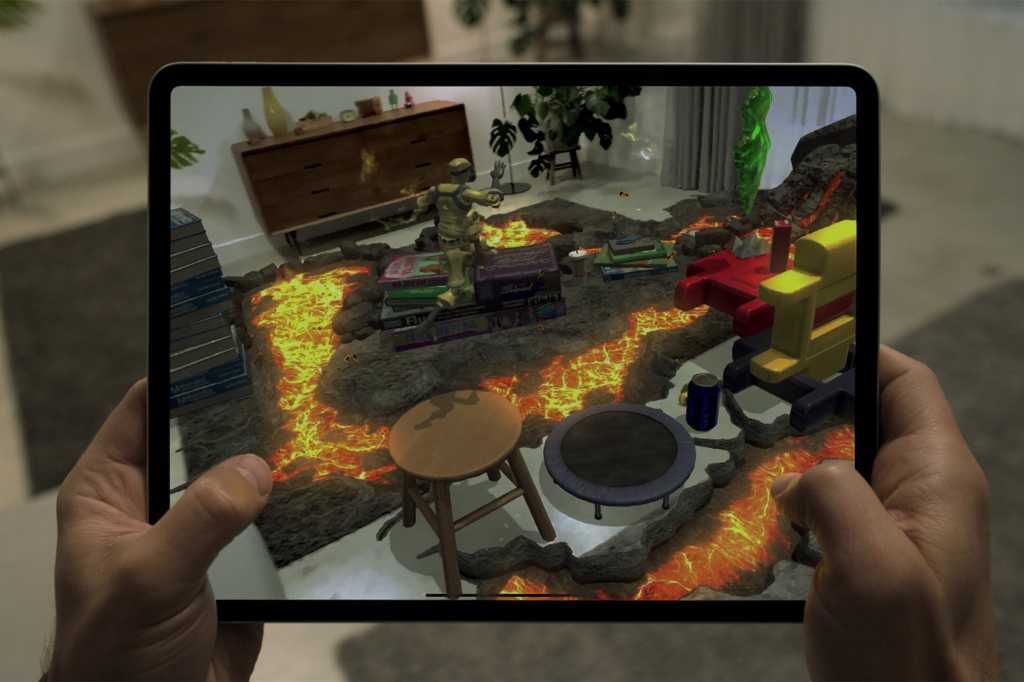 If there was any doubt that Apple had an event planned for this month, Apple’s surprise announcement of the new iPad Pro Wednesday morning confirms it. With a slew of new features and enhancements, the new iPad Pro is more than just your usual refresh. It charts a whole new course for the iPad and draws a clear line between the consumer and the pro iPad.

The new iPad Pro brings over all of the “pro” features from the prior model—USB-C, second-gen Apple Pencil support, ProMotion display, Face ID—but it also comes packed with a bunch of next-gen features that take it to a whole new level and make it ever closer to becoming the hybrid device we’ve always wanted it to be.

A focus on graphics

Apple has always put a supercharged version of its newest processor in the iPad, but the A12Z Bionic is a whole new animal. Not only does it have a new surname (Z instead of X), it’s also Apple’s first octa-core processor, with twice as many GPU cores as the A13. By taking a technically slower processor in the A12 and focusing on graphics, Apple is putting its engineering where it matters.

Speed is nice, but there’s only so fast our mobile devices can get, and the iPad Pro under the A10 Fusion chip was plenty fast. A focus on graphics should make the new iPad Pro more than capable of delivering on Apple’s promise of “fluid performance for things like 4K video editing, 3D design, and augmented reality,” while also making the whole experience feel way snappier. Apple has also tweaked the thermal architecture of the chip to bring higher peak and longer sustained performance, so it should absolutely scream.

Magic in the keyboard

Let’s face it: Apple’s Smart Keyboard folio for the iPad Pro has always been kind of meh. It did what it was supposed to do—add a keyboard to the iPad when propped on a desk—but with just two viewing angles, non-backlit keys, and a folding design that added quite a bit of girth to the svelte tablet, it wasn’t exactly revolutionary.

But the Magic Keyboard for iPad Pro is. It brings backlit keys with the same 1mm travel and scissor mechanism as the MacBook Pro, an integrated USB-C port for charging, “smooth angle adjustability” up to 130 degrees, and an embossed Apple logo on the back. But the coolest part might be the new “floating design” that puts the weight in the keyboard and levitates the screen to (hopefully) make it more comfortable to use like a laptop.

The only problem is the price: $299 for the 11-inch version and $350 for the 12.9-inch version. Those prices come close to those of the entry-level iPad, but if it’s as “magical” as Apple says, the new iPad Pro could be the first true 2-in-1 from Apple.

The cursor isn’t a UX curse

I’ll admit that when I heard rumors of Apple building trackpad support into the iPad a few weeks back, I was skeptical. But now that I’ve seen it in action, I’m a little more receptive. Apple hasn’t merely slapped an arrow onto the iPad and called it a day. With iPadOS 13.4, Apple has brought “a more natural typing experience and added precision for tasks such as writing and selecting text, working with spreadsheets and pro workflows.” What that boils down to is a smart cursor that only appears when you need it and adapts to what you’re doing.

From Apple’s videos and explanations, we can discern several states for the cursor: a small circle when between objects, a selection tool when hovering over text, and a highlighter when on a button or app icon. We’ll need to test it out to see how it all works, but Apple makes it seem very fluid and intelligent.

Perhaps more importantly than the cursor is new “intuitive trackpad gestures” built into iPadOS. Instead of reaching up to tap the screen, trackpad gestures can control things like the app switcher, Dock, Control Center, and Slide Over just like you would on a Mac. There are also new trackpad APIs that let developers dig deeper and add “unique experiences” with their apps, which could mean huge changes to apps like Photoshop and Pixelmator. So we could be just scratching the surface of what tablet apps can really do.

While the new iPad Pro has twice as many cameras as any iPad that came before with the addition of a new 10MP ultra-wide lens, that’s hardly the most interesting part of the new square array. Rather, it’s the circular sensor just to the right of the new lenses. That would be the new Light Detection and Ranging (LiDAR) scanner that’s responsible for more precise AR applications.

Apple says the scanner “measures the distance to surrounding objects up to 5 meters away, works both indoors and outdoors, and operates at the photon level at nano-second speeds,” which means AR objects will get instant placement, improved motion capture, and faster measurements. That will turn the iPad Pro from a good AR device into a great one.

The iPad Pro might have lost its headphone jack with the 2018 redesign, but Apple is still focused on audio. The new iPad Pro has the same five microphones as the prior model, but they’re “studio-quality” for precision recording without needing extra equipment. The improved sound recording is a big boom for podcasters and audio engineers, which opens the iPad Pro up to a whole new audience.

Apple also spotlighted the upcoming release of DoubleTake by Filmic for the iPad Pro, which will let you record 4K video at 60fps and mix it with high-quality sound right on your iPad. And more pro-level apps will surely follow. That could let audio and video professionals leave their Mac at home—and maybe even pave the way for Final Cur Pro or Logic Pro on the iPad.