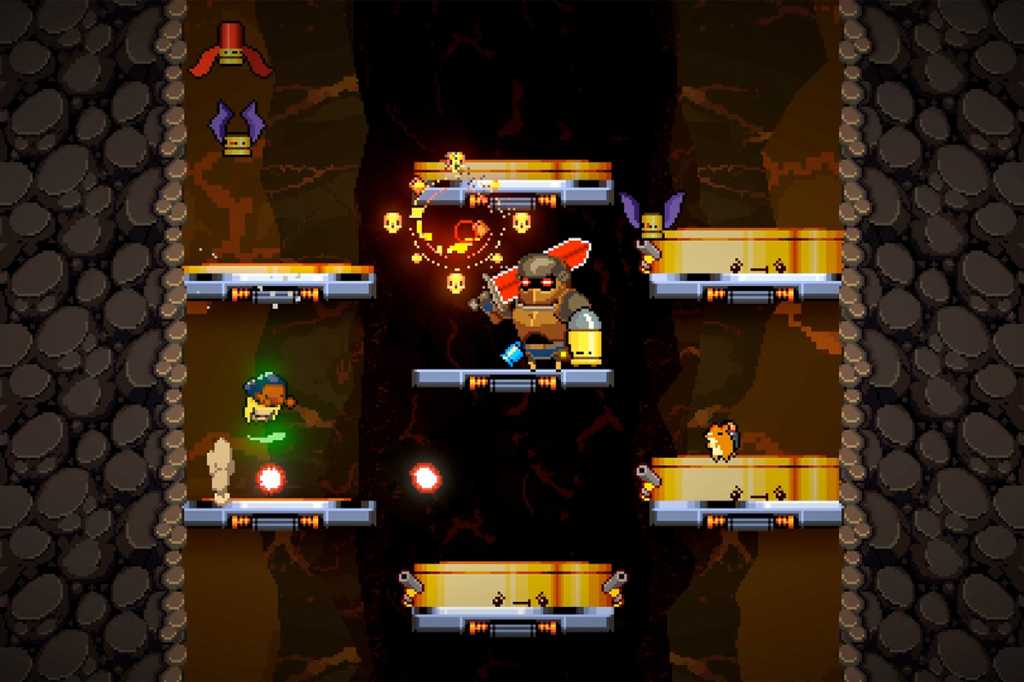 Today marks the six-month anniversary of Apple Arcade, and Apple’s subscription-based gaming service has every reason to be booming. It’s got over 100 games, it costs only $4.99 a month, and Apple is offering this package at a time when much of the world is sequestered indoors and saving money out of fears of a financial crisis.

And yet Apple barely mentions the service in public anymore. New releases of Apple Arcade games rarely make ripples on social media. It’s still too early to say “Game Over” for Apple Arcade, but this is as good of a time as any to wonder what went wrong and figure out how Apple could improve the situation.

There is some hope for Apple Arcade, partly because there has been a noticeable change in its direction. The situation was a little direr just a month ago, as ahead of the half-year mark you could already find some outlets proclaiming doom and gloom in the wake of Apple Arcade’s contemporary releases and the service’s seemingly slow adoption rate. But late last month, Apple managed to kickstart a tad more interest in the service with the release of Crossy Road Castle, which essentially gave Apple Arcade its own version of Super Mario Bros. Two weeks later, it followed up with Roundguard, a fantasy dungeon crawler that draws liberally from Peggle. Notably, both of these games “feel” more like traditional mobile games than the bulk of what came before them in Apple Arcade, which may signal a shift in strategy from the folks in Cupertino. I can’t say I’m exactly happy with it, but at this point I’m ready to admit it might be the smart way to go.

Apple Arcade was so attractive in those early months precisely because it distanced itself from the negative associations of mobile games. Not only do Apple Arcade games not have in-app purchases, but early games like Sayonara Wild Hearts and What the Golf? bore little resemblance to what you normally found under the Games heading in the App Store. These felt like games that usually would have launched on platforms like the Nintendo Switch, Xbox One, and PlayStation 4, and indeed Sayonara dropped on both those systems on the same day it appeared on iOS.

With such a move, Apple legitimized mobile games for the usual “gamer” crowd. While ports of console games to iOS aren’t terribly uncommon, you almost never see them drop on iOS at the same time they drop elsewhere. And in this case, you were even saving money. Sayonara Wild Hearts costs $12.99 on the Xbox, PS4, and Switch stores, but in the Apple ecosystem, all you have to pay is your $4.99 monthly Apple Arcade subscription. That’s roughly twice the price of taking a bus ride here in San Francisco.

The dream faded quickly. Six months later, it seems safe to argue that releasing 53 games at once on launch day wasn’t the best strategy. Instead, Apple should have gone for a more piecemeal approach, such as starting with around 30 games and building the library from there. As it is, we got front-loaded with all kinds of wonderful games, but we only got a handful of new releases that lived up to that level of quality in the following months.

That’s not to say there weren’t some gems, and a few of those follow-up games even make my list of the 10 best Apple Arcade games. Consider Manifold Garden, which looks like it takes place inside an M.C. Escher print. Or (please) check out Pilgrims, which presents a charming new take on the collectible card genre. These games are very much in that “art house” tradition of gaming I advocated for Apple Arcade last year, and they’re well-suited to Apple’s original promise of “critically acclaimed” games that stand out for their “originality, quality, creativity, and fun.”

It’s been harder for Apple to live up to all elements of such a promise as of late. Recent games like Doomsday Vault and No Way Home were definitely good, but not so good to recommend that someone should pick up Apple Arcade for the sake of playing them alone. We were slipping away from Apple’s claims of letting us play “something extraordinary” by “some of the most critically acclaimed game developers in the world.”

The low point came just earlier this month with the release of Loud House: Outta Control, which is about as stereotypical of a mobile game as one could imagine—without the cash shop elements. As with a lot of recent Apple Arcade games, I have a strong suspicion that these elements were originally planned for Outta Control. You can feel them when you play like a ghost looming behind your shoulder, whispering that it’s okay to plunk out $5 to unlock something.

It’s an increasingly common feeling in Apple Arcade. You can also feel a bit of it in Crossy Road Castle and Roundhouse, but at least they feel like they hail from that happy period in the mid-2000s when iOS games evoked more joy than frustration. As much as I hate to admit it, this may be a wise new direction for Apple Arcade. Regardless of what Apple wants people to think, users have appeared to have settled on thinking of Apple Arcade as a mobile gaming service for traditional iOS games but without the expected in-app purchases. And so, Apple seems to think, why not just lean into it? Viewed with that lens, even Loud House: Outta Control may have marked the start of this shift.

Apple may be making this shift for reasons that are beyond its direct control. The company always emphasizes that it wants only quality, “creative” games in Apple Arcade, but the fact is that games fitting that description don’t even come out that often on consoles, much less smartphones. We’re blessed to live in an age where new games drop for platforms like the Nintendo Switch or Xbox One all the time, but out of all those dozens (or hundreds!) of games, only a few manage to win widespread attention outside the small but vocal group of gamers who try to play everything that comes out. Most of us have neither the time nor the money to do that, and so—outside of buying games from our favorite series or genres—we tend to focus on the best of the best. Such games are rare and precious, as I believe Apple is just now discovering. There’s a reason why Limbo and The Room still do so well on the App Store despite being so old: There’s nothing else quite like them. We can’t expect to see games like that every Friday.

But we can, at least, expect to see them on other systems. Apple insists on “mobile exclusivity” for Apple Arcade, which basically means that developers are free to release an Apple Arcade game on the PC, Nintendo Switch, or Xbox One, but it can only be on the iPhone or iPad for mobile device. (In practice, this largely just means they can’t be on Android.) But games like Limbo and The Room, while still known as iOS staples, have seemingly done so well for their developers precisely because they’re on both systems.

There’s a good chance that Apple’s arrangement scares away developers who might otherwise want their games on Apple Arcade (and it would definitely be in Apple’s best interests to have the next Limbo on Apple Arcade). Apple could probably work around this by making its Apple Arcade subscription model work more like Microsoft’s Game Pass for the Xbox. For that service, players get access to over 100 games for just $9.99 a month. That includes some newer cross-platform games like Wolfenstein: Youngblood in addition to older titles like the first two Borderlands games. If someone wanted to play Youngblood on the PS4, they’ll still have to plunk out the full $30.

Funny enough, Apple also insists on exclusivity in subscription services, which means you won’t find Apple Arcade games in services like, well, Game Pass. As we’ve seen with Youngblood, though, Microsoft is willing to keep that exclusivity limited to a few titles. Apple should consider doing the same.

A growing library, but what about subscribers?

All of this is skirting around the real reason why “critically acclaimed” developers may not be as keen to try Apple Arcade anymore: It’s not clear if they’d be making enough money from it. Apple may have announced a record-breaking $12.7 billion in services revenue during its first-quarter earnings call last January, but Apple CEO Tim Cook was vague on what those numbers mean for Apple Arcade.

“Apple Arcade, our new game subscription service, has been fast off the blocks with a catalog of over 100 new and exclusive games you won’t find anywhere else,” Cook said at the time. And, yep. That’s true. But after six months, it’s easy to get the impression that Apple Arcade’s subscriber base isn’t growing as quickly as its library, and without knowing the numbers, I could see how developers might feel more comfortable letting their games fend for themselves in the open App Store.

It’s worth wondering if the economic climate over the last few weeks will make Apple Arcade more appealing to studios, as people likely aren’t spending money as freely as they were just a couple of months ago. Speaking as an increasingly cash-conscious consumer, Apple Arcade currently sounds like a really good deal for interactive entertainment.

But the Apple Arcade we have now is not the one I wanted—and the one we had for a few brief weeks after launch. On the iPhone, it’s basically just becoming a variation on business as usual. Maybe that’s what it will take for Apple Arcade to thrive under such conditions, but it’s also not the kind of vision I expect from Apple.