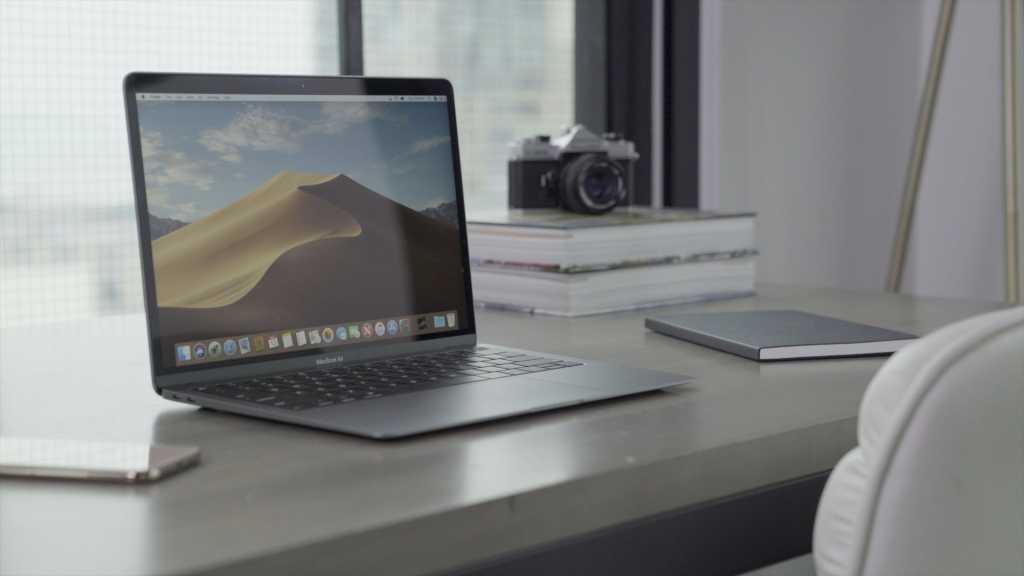 When we reviewed the 2018 MacBook Air—a newly renovated version of what had been an aging laptop—we found it to be good, but not great. It brought the venerable ultraportable up to modern times with a Retina display and Thunderbolt 3, but it also ratcheted up the price, switched to a disappointing CPU, made the keyboard a lot worse, and tossed aside USB-A and MagSafe.

With the just-announced revision of the MacBook Air, it seems that Apple is listening…at least a little. It addresses several of our biggest gripes with the previous model, though not all of them.

In reviewing Apple’s 2018 MacBook Air, I lamented that the company went from a CPU with a 15-watt TDP (thermal design power) to one with a 7-watt TDP. There were no configuration options, either: everyone got a Core i5-8210Y. The CPU I was expecting, the Core i5-8250U, would have given us twice the cores and threads and more cache.

This year, Apple is sticking with super-low-power processors from Intel. But at least they’re significantly better, and you have some options. The entry-level model has a Core i3-1000G4. That’s still a dual-core, four-thread CPU, and it carries a lower base and boost clock speed. But it’s Intel’s new tenth generation “Ice Lake” architecture, which, clock-for-clock, is a lot faster. It’s also got much newer, faster integrated graphics.

That model probably won’t feel a lot different than MacBook Air it replaces, but you now have the option to upgrade to a 4-core, 8-thread Core i5-1030G4 for only $100 more or a Core i7-1060G7 for $250 more. Those should finally give the Air the performance boost we always wanted. In particular, the latter model should deliver a nice increase in graphics power.

The new MacBook Air starts at $999, and that’s with a 256GB SSD. It’s effectively a $300 lower starting price. If you’re okay paying the old price, you can upgrade the RAM from 8GB to 16GB, or boost the SSD to 512GB, or upgrade the CPU, and have a much nicer experience.

We used to say you might as well spend $200 more and get a 13-inch MacBook Pro, which starts at $1,299. But now that the Air has a lower starting price and more storage, that’s no longer the case. The entry-level 13-inch MacBook Pro is $300 more and still only has a 128GB SSD. Time for a storage upgrade there, too. In the meantime, the difference in price and capabilities between the Air and MacBook Pro makes a little more sense than it used to.

When Apple debuted the new MacBook Air in 2018, it was replacing the last Apple laptop to still use the old great scissor-switch keyboard with the new awful butterfly-mechanism keyboard. It was a big downgrade.

Now Apple’s back with the Magic Keyboard, a revival of the scissor-switch keyboard of old. It first appeared in the 16-inch MacBook Pro, and the new 2020 MacBook Air is the next laptop to get it. We assume they all will, over the course of the year.

Apple gets zero points from me from taking the best keyboard on any laptop and screwing it up across the whole laptop line for several years before correcting course. But at least it is correcting course, and it’s easier to recommend upgrading your MacBook again.

Oh, and the MacBook Air is still the only Mac laptop you can get without the Touch Bar, which is a big plus in my book; I greatly prefer the physical function keys. You still get the useful Touch ID sensor on the right, though.

I still want USB-A and a better camera

The new MacBook Air seems like a lot more of what we wanted and expected out of its recent redesign, but it still has a couple of sore spots.

Apple is still determined to make every USB port feature a USB-C connector. We’ve been told that the ubiquity of USB-C devices is just around the corner for years now, and it’s still not happening. Accessory makers keep cranking out mice, keyboards, storage devices, microphones, audio interfaces, and loads of other things with USB-A connectors on them. Putting a single USB-A port on MacBooks would not be a step backwards, it would be recognition that in the wide world of USB devices, that interface is still widespread, and we shouldn’t need a dongle or dock to use them.

Then there’s the camera. Oh god, that terrible 720p FaceTime camera! It’s years behind the curve for modern premium laptop cameras. At a bare minimum, Apple should bump it up to 1080p with much better clarity and dynamic range. What we really want is the TrueDepth module from the latest iPhones so we can log in and authenticate with Face ID, use Memoji in Messages (with a macOS upgrade to add it, of course), and enjoy vastly superior photo and video quality.

You may have noticed, a lot more people are working from home and holding virtual online meetings these days.