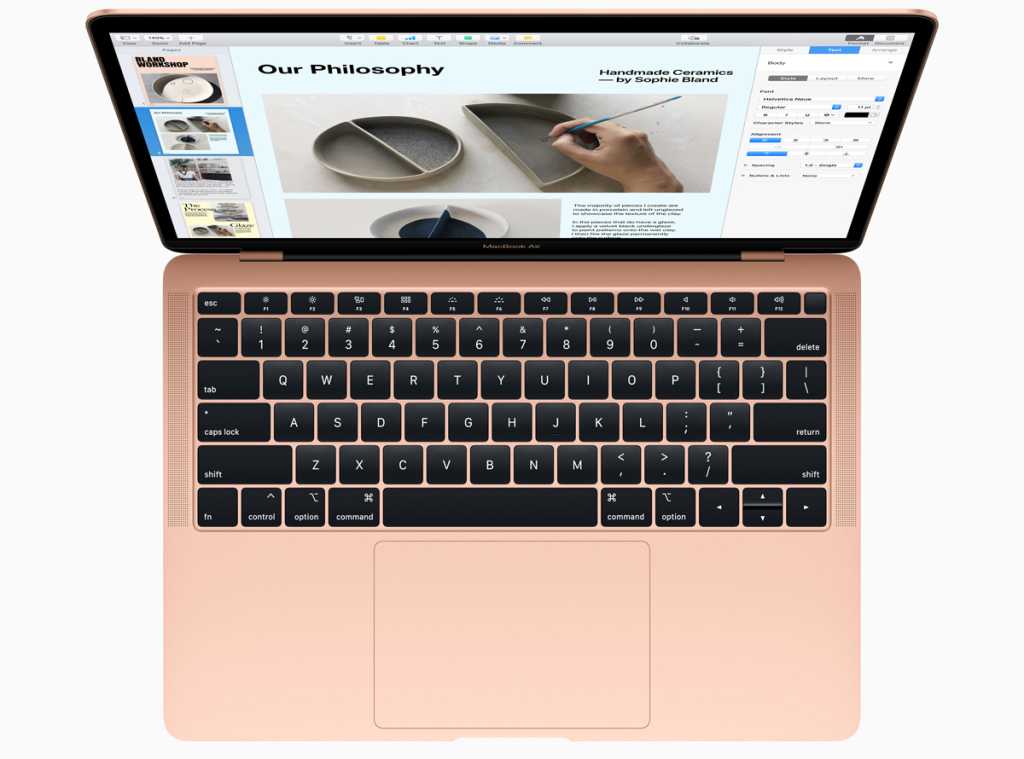 While the new iPad Pro and Magic Keyboard stole most of the spotlight earlier this week, Apple also launched a significant update to the MacBook Air this week, with a new keyboard, faster processors, and more storage. And based on early impressions, those three things make it a must-buy for anyone looking to upgrade to a new Mac notebook.

Dana Wollman of Engadget hasn’t had time to formulate a full review, but her first impressions are strong: “If you can’t tell, I love this keyboard. I won’t be returning to my company-issued MacBook Pro unless I need to use the VPN. Just know that the slight trade-off to this new and improved typing experience is that it’s a tad noisy. It’s not a problem when I’m working alone in my apartment, but if I were in an office or co-working space I might feel a little self-conscious.”

Over at CNBC, Todd Haselton writes that the new MacBook Air has excellent battery life that should be “good enough to get through most of a workday so long as I keep the brightness at about half max.” Like Wollman, he also praises the keyboard, calling the keys “much more pleasant to type on.”

TechCrunch’s Brian Heater has given the MacBook Air a more detailed review, and he concludes that “it’s nice to see Apple keeping the beloved line fresh a dozen years after it was first introduced.” However, he notes that the base Core i3 model might be a little pokey for some users and recommends “adding $100 back onto the system price in order to upgrade to an i5.” He also says the states 11 hours of battery life “is probably a stretch,” but concedes that “all-day battery life seems like a fair enough description.”

Jason Snell at Six Colors also spend enough time with the MacBook Air to give it a full review, and finds that Apple’s newest laptop is perfect for anyone who has been holding out for a new model: “It’s everything that was great about the 2018 MacBook Air, but it’s cheaper and faster, with more customizable specs and—perhaps most importantly—the same Magic Keyboard as the 16-inch MacBook Pro.”

Dan Ackerman at CNET also took issue with the Core i3 processor but had nothing but nice things to say about the keyboard: “There’s a satisfying heft to typing, and unlike the previous version you’ll never wonder if a keystroke registered. It’s hard to overstate how big a change this is when using the two MacBook Air keyboards side by side.”

Finally, Jacob Krol from CNN says of the new keyboard: “Keys feel punchy with a not too loud clicking and clacking, along with a nice feel when actually pushing the key.” Like the other reviewers, he recommended the step-up model, as “the 10th Generation Intel Core i5 zips along at a steady pace.”