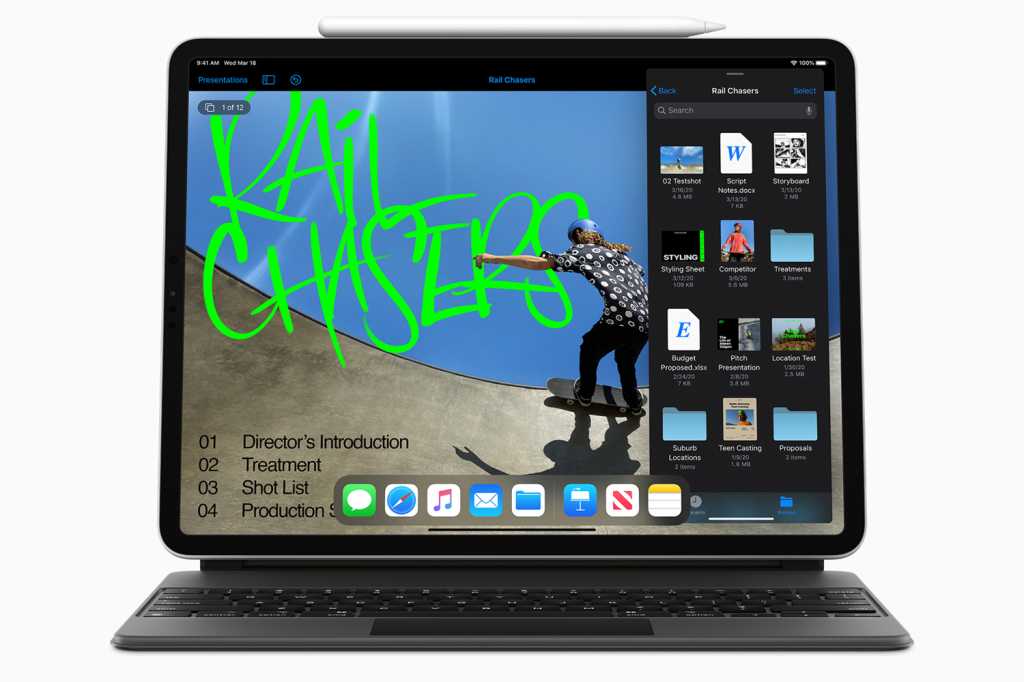 The first reviews of the 2020 iPad Pro are in, and the results are clear: It’s an awful lot like its predecessor from 2018. While there are a few notable updates—a new ultrawide camera and a LiDAR scanner—it’s not really any faster than the old model.

Which, fair enough. The 2018 iPad Pro was so far ahead of the game that even now I never feel like it’s too slow to handle anything I throw at it. I can see why Apple didn’t feel the need to upgrade the A12X processor much at all.

But, then, here’s the big question: Why did Apple upgrade the iPad Pro at all?

I have some theories.

It’s rare that Apple rolls out a camera feature on the iPad before the iPhone, but here we are. That LiDAR scanner, which uses infrared light to generate detailed depth maps of your surroundings, is a feature that dramatically ups the iPad’s augmented-reality game.

In the bigger picture, Apple’s spending a lot of time adding augmented-reality tech to its mobile devices because it doesn’t yet have an AR device of its own. Rumors abound that Apple’s working on AR glasses of its own, but in the meantime it might as well perfect the technology, and get developers on board, by using it on the iPhone and iPad.

All signs to this fall’s iPhone models also featuring this same LiDAR scanner. The advantage in putting it on the iPad now is twofold: First, any AR innovations that Apple pushes with iOS 14 and this fall’s iPhones will immediately be supported on the current iPad Pro, too. Second, by shipping the LiDAR scanner with the iPad Pro, Apple can use its WWDC sessions to discuss the various ways developers can take advantage of the LiDAR scanner in the open. If that hardware wasn’t going to ship until the iPhones in the fall, Apple would have to talk about it obliquely, or not at all. Instead, it can talk about LiDAR all it wants, and while it will officially be referring to the 2020 iPad Pro, we’ll all know they also mean the fall 2020 iPhone.

Here’s my wackiest theory. The last time Apple announced a major transition in the processors that power the Mac, it warned developers months in advance. Developers could even get a “Development Transition Kit” from Apple that was essentially a Power Mac G5 case with an Intel motherboard inside, so they could test out Mac OS X on Intel processors well before the first Intel Macs actually shipped.

Rumors has it that Apple is going to build Macs that run on Apple-designed processors, the same ARM chips Apple has been using to power the iPhone and iPad. And it feels like it’s time, given that the new MacBook Air is slower than either the 2018 or 2020 iPad Pros. But what if Apple wants to give developers the same sort of warning and testbed that it gave them back during the Intel transition?

Imagine, if you will, the announcement this summer of macOS moving to ARM processors, with a full set of tools for developers to ensure compatibility. And the hardware they’d be able to use to test their software… would be a 2020 iPad Pro (complete with keyboard and trackpad!) running a special developer version of macOS.

Running macOS on an iPad Pro? It seems like a weird scenario, but it’s certainly a possibility. And perhaps these new iPad Pros have been designed with enough RAM (6 GB, previously available only on the 1TB 2018 model) and, who knows, perhaps even some other components that would assure compatibility.

Finally, here’s what may be the most likely scenario: Apple wants to make some minor adjustments to the components of the iPad Pro for some of the reasons listed above, but they’re really just meant as placeholders.

The real iPad Pro update isn’t ready yet, but will come this fall or next spring. Apple will soon be embracing 5G cellular networking, and presumably there will be a 5G iPad at some point. Reports from supply-chain analyst Ming Chi Kuo suggest that Apple’s working on new Mini-LED screen technology for a future iPad. And perhaps the reason the A12Z processor seems so boring because Apple’s too busy working on a new, more powerful processor for use inside both future iPads and future Macs.

Maybe there’s an even newer iPad Pro on the horizon. Or maybe there isn’t. These days, nothing’s for certain. But I’d wager that at least some of my suppositions are correct, and there’s more to this minor update than might appear at first glance.