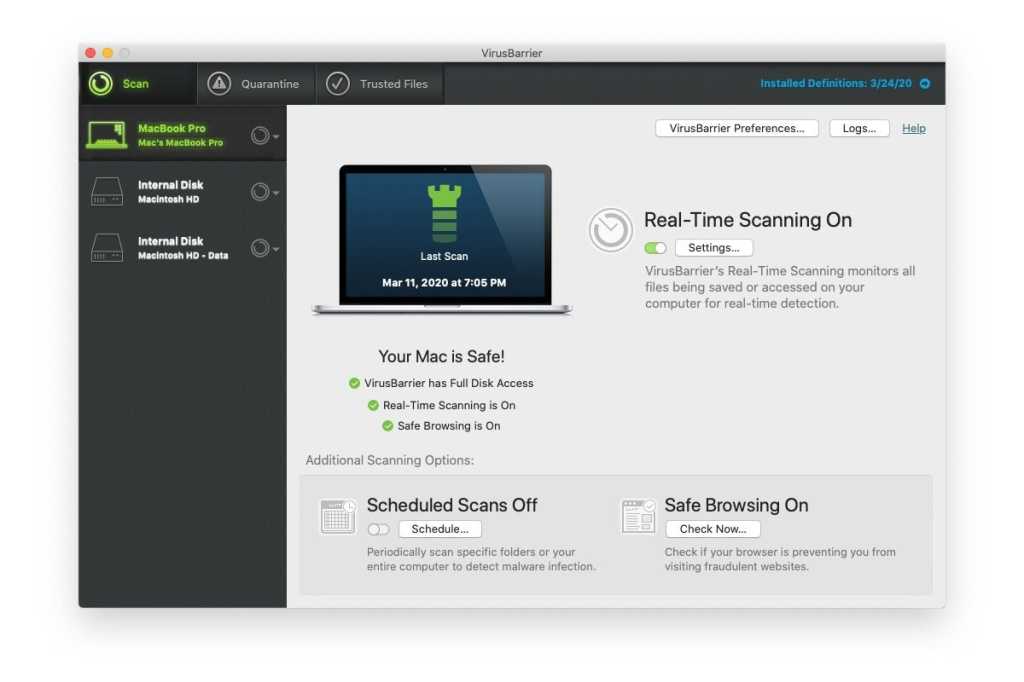 Intego’s Mac Premium Bundle X9 offers a ton of features and services. The company recently released more robust Windows malware detection for Macs, as well as a dedicated antivirus for Windows PCs. All Mac households may be happy with Intego’s offering, and those with mixed-OS homes might be fine but we’ll be happier once we see some third-party testing results for Intego’s new Windows malware detection.

US$70 for the first year

UPDATE: This article was updated on October 21, 2020 to reflect the new capability to detect Windows malware.

It’s not that common to find full-featured security suites for the Mac. Quite often major antivirus makers provide a stripped-down version of their Windows product with notable bells and whistles missing. Not so with Intego’s Mac Premium Bundle X9, a security solution purpose-built for Apple users. This top-tier suite has a variety of solid tools that any Mac user would be happy to use.

But is that enough to recommend this product?

Last time we looked at Intego’s security offerings, we felt there were a few weaknesses that just didn’t address modern security needs well enough. Nearly two years later, some of those weaknesses are still there, and a number are gone.

That’s quite a package, and the pricing isn’t too terrible. A year of Premium X9 is $70 for a single Mac, while five Macs for a year costs $120. That’s not as good as the big players that offer first-term pricing of $100 for 10 devices. The price for the bigger companies can go up dramatically after that first term, however. Intego told us that the promotional pricing remains at renewal date, meaning the company doesn’t jack up the price after the first term. That’s fantastic.

The key issue for any premium security bundle is how well it protects computers. Intego’s Mac malware protection is top notch. AV-Test most recently took a look at Intego in March 2020 when it earned a 100 percent detection rate for Mac malware based on 58 samples.

AV-Comparatives most recently looked at Intego’s VirusBarrier in June 2019. That testing house also gave Intego a 100 percent rating against Mac malware based on 585 samples.

AV-Comparatives also throws Windows malware against Mac antivirus programs to see how they fare. VirusBarrier got a zero rating at the time, meaning it wasn’t tested, because the capability to detect Windows malware didn’t exist. That was 2019, however, and recently Intego added Windows malware detection to its suite. Macs aren’t affected by Windows malware, but it prevents Apple machines from unwittingly infecting Windows PCs.

Intego’s Windows detection capabilities haven’t gone through third-party testing as of this writing; however, we did try a few standard (and well known) Windows malware tests and Intego detected them all. That’s not saying much as these threats are well known. Still it shows an improvement over what we saw in early 2020.

In our spot tests with Mac malware, VirusBarrier had no issue detecting threats from the Objective See library. But running this test raised one of our previous objections to VirusBarrier. Instead of deleting malicious files or putting them in quarantine, VirusBarrier asks the user what they want to do.

We changed that setting almost immediately to quarantine files by default, and we believe that’s how it should be, especially if the AV isn’t going to automatically delete malicious files.

For web protection, Intego still doesn’t have web browser plugins. Instead it relies on each browser’s built-in safe-browsing protections. Built-in web browser security is pretty good, but it can often fail to protect against issues such as cryptominers or malicious ads on legitimate websites. We’d like to see Intego include plugins for the major browsers as most major security suites do. We asked the company about this, and a representative said the company is considering it, but wants to ensure that any added features like web protection provides “real added value.”

Given the company’s top-notch protection on the Mac, we look forward to seeing what the company might offer for enhanced web protection.

Beyond VirusBarrier, Intego’s NetBarrier X9 is as solid as ever. It allows users to set high-level or even per-application rules based on whether the Mac is connected to home, work, or public Wi-Fi.

ContentBarrier is an interesting program with the ability to set parental controls to draconian levels such as keystroke monitoring and intermittent screenshots of desktops. There are also more moderate approaches such as application blocking, preventing hard disks from mounting, and website domain blocking.

Intego Mac Premium Bundle X9 has a lot to offer, and its ability to block Mac malware is very good, which means all-Mac families should be happy with Intego. For multi-OS households Intego is looking better with Windows detection on Mac and a dedicated antivirus suite for Windows PCs, but we’ll be happier once we see some third-party testing to see how the company’s Windows malware detection stands up.