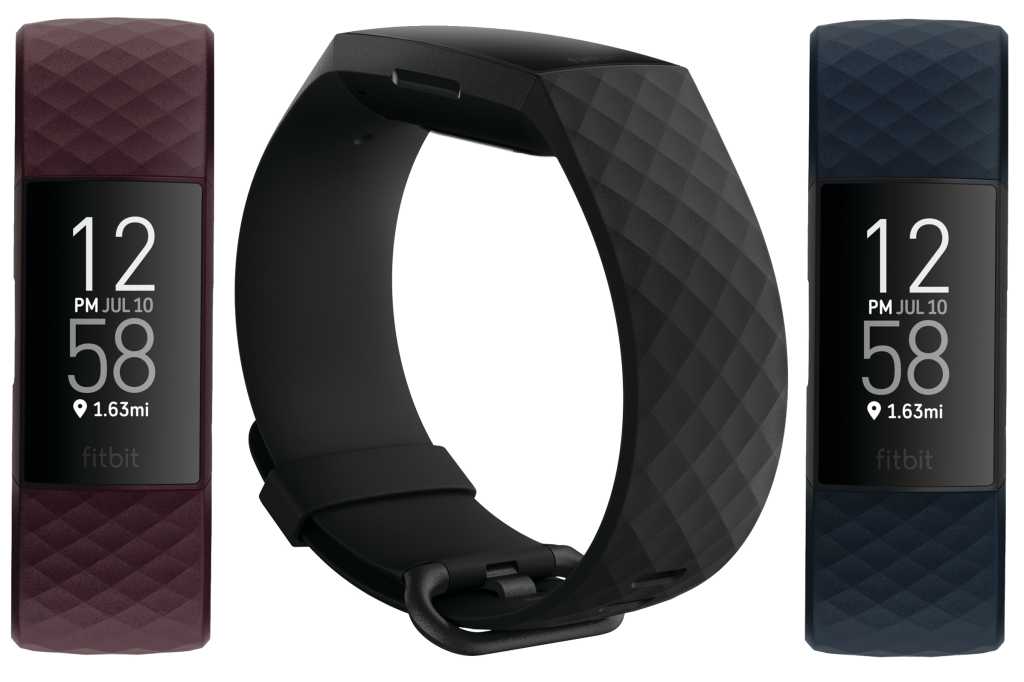 In a world where I wasn’t confined to my home, this article would be filled with my impressions of Fitbit’s latest fitness tracker, the Charge 4. I would have written about the feel of it on my wrist, the responsiveness of the display, and tested the new Spotify integration that brings playback controls to a Fitbit tracker for the first time.

But it’s possible that those features wouldn’t have added all that much to my impressions of the device. You see, on the outside, the Fitbit Charge 4 is identical to the Fitbit Charge 3, with an inductive button, 1.36-inch display, and swappable band system. Even the $150 price tag remains. The only  visible thing that’s changed is the color: Instead of rose gold, Fitbit now offers a “rosewood” color that’s something of a cross between dark magenta and a deep red wine.

Otherwise, all of the new stuff on the inside of the Fitbit 4, so I’ll need to get out and use it to see how much better it is than the Charge 3. The biggest addition is built-in GPS, making it the only Fitbit device other than the two-year-old Ionic that doesn’t rely on your phone for distance tracking. That alone makes it a worthy upgrade over the Charge 2 and is probably enough to sway more than a few Charge 3 owners to plunk down another $150, too.

Fitbit says the Charge 4’s design will “optimize GPS performance,” but you’ll still see a significant loss in battery life if you keep it on. With continuous GPS usage, you’ll get an estimated five hours of battery life, which sounds terrible but is in line with other GPS-enabled trackers. Thankfully, Fitbit makes it easy to disable via a toggle in settings.

Fitness features for all

The rest of the Charge 4’s new features will eventually make their way to other Fitbit devices if they haven’t already. Debuting on the Charge 4 is Fitbit’s newest exercise mode, Active Zone Minutes. Rolling out “soon” to all Fitbit smartwatches, the new feature “uses your personalized heart rate zones to track your effort for any energizing activity,” so you’ll get a clearer picture of your health.

For example, you’ll earn more “credit” for running than walking, even if you take the same number of steps. Your Charge 4 will automatically alert you when you’ve changed zones and in the Fitbit app you’ll find a detailed summary of your progress, based on the World Health Organization and American Heart Association’s recommendations of 150 minutes of moderate or 75 minutes of vigorous activity each week.

Fitbit is also bringing new sleep tracking features that were previously only available on the Versa and Ionic smartwatches. You’ll see your Sleep Score, which measures the quality of your sleep using the heart-rate and relative SpO2 sensors, as well as the battery-saving sleep mode. Smart Wake, which uses machine learning to gradually wake you up rather than jolting you out of sleep at a set time, is coming soon.

The Charge 4 is also Fitbit’s first tracker that lets you control music, though you’ll need your phone and a Spotify Premium subscription. Like the Versa Lite, you can’t pair Bluetooth headphones to the Charge 4, so you’re limited to rudimentary controls such as play, shuffle, skip, and likes. Fitbit has also made NFC standard on the Charge 4 for contacts payments with Fitbit Pay.

While not exclusive to the Charge 4, Fitbit will also be opening up some 40 new pieces of Premium content to all users in the Fitbit app. Plus, all users will get 90 days of free access to advanced sleep tools, customized programs, and more than 200 workouts. And coming soon, Fitbit will also offer workouts for both free and premium users to help users reach their Active Zone Minutes goal.

The Fitbit Charge 4 is available for preorder at Fitbit.com, Amazon, and Best Buy beginning on Tuesday, March 31, for delivery April 13. The Charge 4 SE, which adds a second exclusive granite reflective black woven band along with the classic black band will retail for $170.