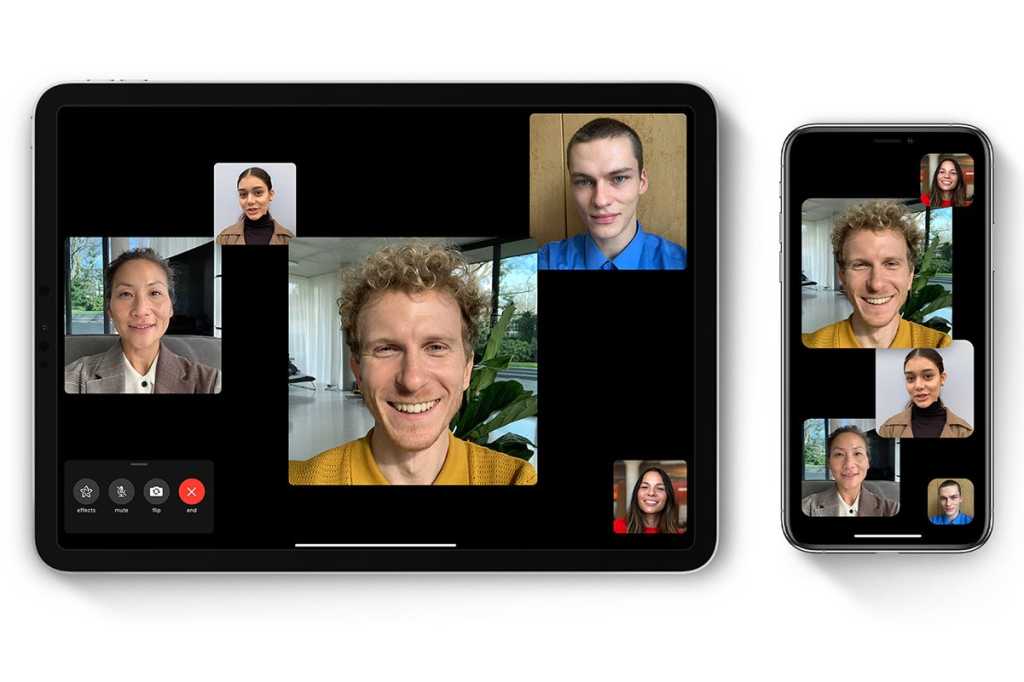 Video conferencing is bigger than it’s even been now that we’re all keeping our distance from one another, and with Group FaceTime, Apple has an appealing option of its own—provided everyone on the call has either an iPhone, iPad, and Mac. If you’ve been put off by all the iffy privacy decisions being made by popular alternatives like Zoom, this should come as an especially welcome alternative.

It’s free, it’s really easy to set up, and Apple even allows a whopping 32 people to take part in a single FaceTime call. Here’s how to do it.

How to make a Group FaceTime call through the FaceTime app

We’ll start here since this is the easiest way to start a FaceTime chat with a lot of people, especially if you’ve never called or chatted with them through Messages before. These instructions are for iOS and iPadOS, but we’ve also included instructions for macOS afterward.

Once the call has started, you can add another person to the call at any point by swiping up on the FaceTime menu options along the bottom of the display and pressing Add Person.

Making FaceTime calls on the Mac is a little different, but weirdly enough, you have a bit more versatility in that you can start calls with people who aren’t on Apple devices, so long as you only do it through audio.

You can add a new person to the call by moving your mouse over the video feed and then pressing the icon in the far left that looks like a Finder window.

You’ll then see a list with all the names and numbers of the people on the all. After that:

How to make Group FaceTime calls through the Messages app

This is a good route to take if you already have a Messages group thread that’s shared between a number of friends or contacts, even if you’ve only texted with them before. You can easily transition to making video calls with FaceTime. Here’s how.

The call will immediately start, you’ll see staggered tiles on the screen representing your contacts. A tile will read “Waiting…” if one of your contacts hasn’t picked up yet.

If you missed the initial call and the FaceTime call is still going on, you can still join later by going to the thread in the Messages app and pressing the big green Join button that should be visible. FaceTime will also tell you how many people are active on the call.

To end the call, press the red icon with an “X” in the lower right that says “end.”

You can also easily start FaceTime chats with people in group threads on Messages, although everyone in the thread will need to be on iOS or macOS for the steps below to work. Otherwise, you’ll need to start a FaceTime with a single person and then add more people from there.

Your Mac will start making the call and a new window will pop up showing all the available viewing tiles for the people in the conversation. To end the call, press the red circular icon with the “X” in the middle.