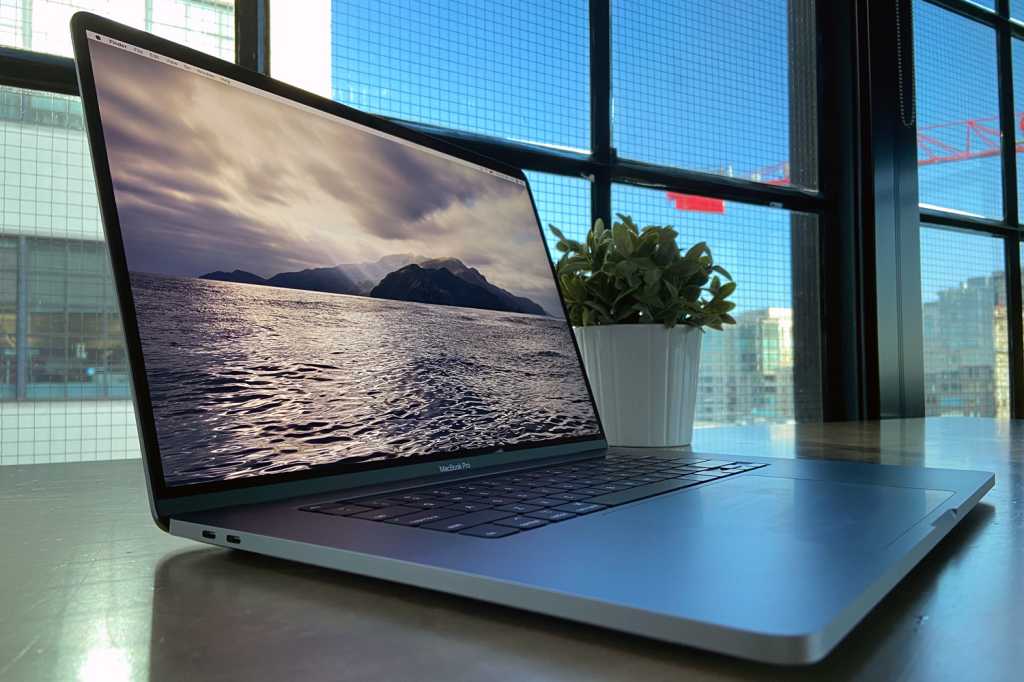 Apple has not announced an upgrade to the 16-inch MacBook Pro released late last year. But when it does sometime down the road, it’s likely to include the new CPU that Intel just announced. The “10th Gen Intel Core-H Series,” as it is officially named (or “Comet Lake-H” as the hardware enthusiasts call it) will offer clock speeds over 5GHz.

Intel calls it the “world’s fastest mobile processor” and it’s the latest salvo in a growing battle between Intel and AMD in the laptop market. Apple has stuck with Intel chips for years and, assuming that continues, the 16-inch MacBook Pro is likely to get an upgrade to these processors later this year. Here’s what you can expect.

The best processor you can currently get in the 16-inch MacBook Pro is the 9th-generation Intel Core i9-9980HK. It’s an 8-core, 16-thread CPU with a core clock speed of 2.4GHz and maximum boost clock of 5.0GHz.

The fastest 10th-generation processor still has a base clock of 2.4GHz but tops out at 5.3GHz (a 6 percent increase). There are now three other processors in the lineup that boost up to 5.0GHz or more, though.

Of course, boost clock speeds are only achievable under the proper conditions. Intel lists the boost clock as “maximum single core turbo frequency” and thermal constraints are a big factor here. If you’re heavily utilizing multiple cores for long periods (like exporting a big 4K video project) you’re not going to get that top clock speed.

10th-generation (but not really)

Intel calls these 10th-generation parts, but that term is a little loose. The 2020 MacBook Air also features 10th-generation Intel CPUs; those are the new Ice Lake processors that are made on a 10nm process and incorporate a new microarchitecture named Sunny Cove. They feature a lot of efficiency improvements to allow the CPU to get more work done at a lower clock speed.

These chips, while stilled billed as 10th generation, are made on a 14nm process and are based on the older Skylake microarchitecture that Intel has been refining for years.

It’s far more apt to compare these new CPUs to the 9th-generation chips already in MacBook Pro. These are essentially the same processors with slightly higher boost clocks at the same thermal rating and with support for ever-so-slightly faster RAM.

Should you wait to buy?

If you’re considering a MacBook Pro, there’s no reason to wait for these processors. The small performance boost delivered by these chips isn’t likely to be felt in daily use—at least not so much so that you should hold out for them.

This launch has more to do with trying to counter AMD’s extremely impressive Ryzen 4000 series of mobile processors, which appear to deliver much better overall performance while using less power and fitting into smaller, lighter laptops. In fact, much of Intel’s marketing around these new chips is about how Windows users will see them in thinner and lighter designs.

If Apple’s next MacBook Pro update only replaces the current 9th generation processors with these Comet Lake-H chips, there’s nothing to get excited about. If there are other big changes in store—like a big increase in storage capacity at the same price or a switch to AMD chips—it would be worth the wait. The new processors also support Wi-Fi 6 (also knowns as 802.11ax), which is nice, but doesn’t seem like a key differentiator.