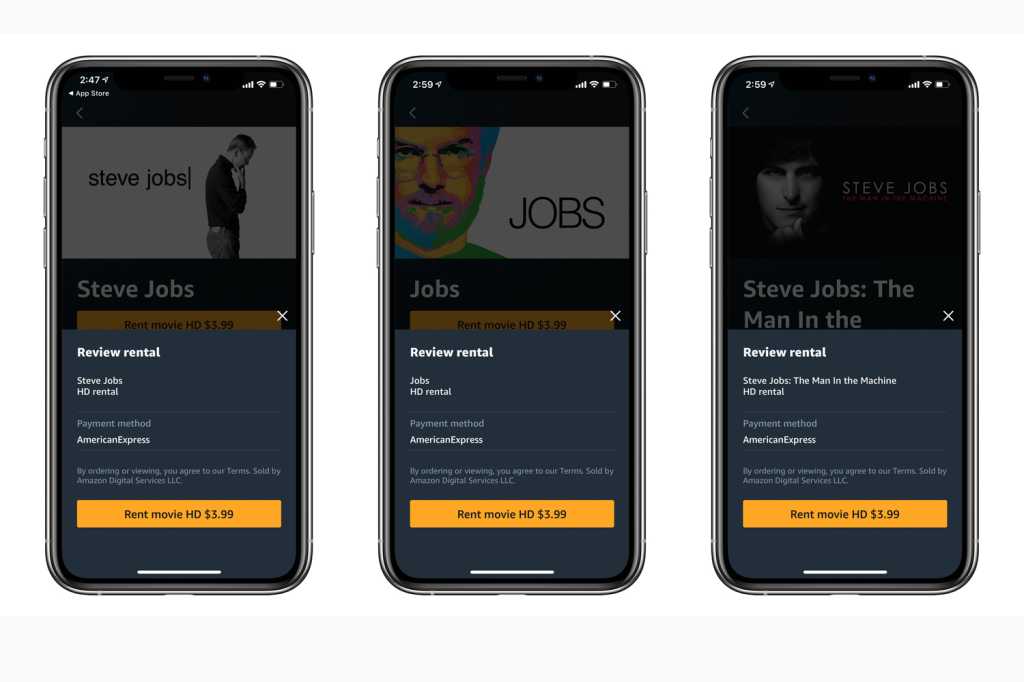 One of the defining characteristics of Apple’s ecosystem over the last decade has been its carefully curated nature—what critics refer to as the “walled garden.” The idea being, essentially, that if you don’t like the way Apple runs its extremely popular platforms, you can take a hike.

Over time, Apple has loosened and even removed some of its restrictions, sometimes officially and other times merely tacitly. But many have still remained in place, and while there are definitely advantages to the way that the Cupertino-based company does things, there are also places where perhaps the company could stand to relax a bit more.

Case in point: This week, some users noticed that they could now rent and purchase movies and TV shows directly in the Amazon Prime iOS app, without having to resort to an arcane work-around. Apple confirmed that this is an “established program”—despite it being the first time it seems to have been publicly acknowledged—that exists with certain high level partners, including Amazon, Canal+, and Altice One. (A deep dive by John Gruber at Daring Fireball lays out all the Byzantine ways that this deal works.) Is this a limited, targeted exception? Or perhaps a crack in Apple’s formidable armor?

Even with the caveats and exceptions, this is a significant change to one of the most frustrating of Apple’s restrictions: that if you buy any sort of digital goods through iOS apps, it has to run through Apple’s in-app payment system. There are upsides to it, to be sure: it’s convenient because you only have to have one payment method for every app, and it gives another vector for which Apple to help avoid bad actors.

However, the downside is that companies who don’t want to use Apple’s in-app purchase system—and Amazon has probably been the biggest holdout—get stuck forcing their users to do a dance of steps that includes jumping to a web browser or using another device, purchasing the content there, and then going back to the original app.

This purchase rule has applied to subscriptions for digital goods as well, meaning that popular companies like Netflix, Spotify, and Hulu have either had to force their customers to sign up outside of the app, or to do their purchases through Apple’s system—which itself comes with a 30 percent cut for Apple (although auto-renewing subscriptions that last longer than a year can see that cut drop to just 15 percent). More than a few companies have opted not to offer any way at all to sign up from within their iOS apps in order to not deal with the extra cost.

But let’s not cry too much for big companies that rake in the dough, because ultimately it’s us—the users—that have gotten stuck in the middle of this clash of titans and left with a sub-par experience. The messages in Amazon and others’ apps explaining the convoluted situation have probably turned off a lot of users, especially since developers are prohibited from linking to places outside of the App Store for customers to sign up or purchase media that can then be consumed within the app.

This recent change by Apple to work with some third parties and allow a degree of flexibility in payment methods is a step in the right direction. But it also illuminates a larger issue: many of the rules of the App Store stem from the earliest days of the platform, when they helped simplify things for users who were getting acclimated to a new way of doing things. But nowadays digital subscriptions, online purchasing, and mobile payments are old hat to most of us—so perhaps it’s time for Apple’s rules to adjust with the times.

For example, one another practice that’s frustrated developers and users alike is the lack of upgrade pricing. Which is to say, every subsequent version of an app that is released is given to users for free. That might seem like a great deal for users, but for developers, it’s obviously a bit more fraught, since they rely on income in order to keep developing apps. That’s led to practices like making updates entirely new apps, which means users have to pay full price again—obviously frustrating for the consumer. On other platforms, including the Mac, developers can have a discount for customers updating from previous versions, but there’s no real mechanism for that on the App Store, meaning that developers have to choose from a variety of half-measures and workarounds.

Likewise, developers are hampered by any number of other restrictions: giving discounts or coupon codes, setting different app pricing in different countries, and so on. At a certain point, the practices that were intended to help simplify matters for users end up making things even more complex than they should be. One size fits all might seem like an egalitarian approach, but it rarely fits all well.