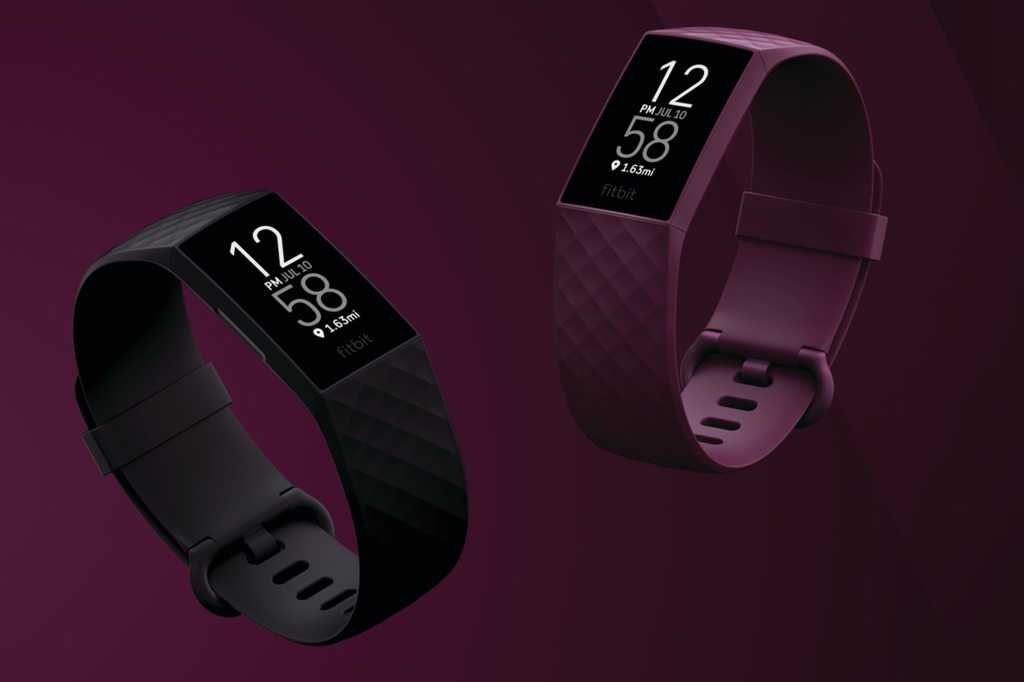 While we’re all waiting for the first tracker to emerge with Wear OS support and Google Assistant integration, Fitbit isn’t resting on its laurels. Barely 18 months after the debut of the redesigned Charge 3, Fitbit has launched the Charge 4, bringing new chips, new features, and a new color. Here’s how it compares to last year’s model:

To the untrained eye, the Charge 4 is a carbon copy of the Charge 3, but when you put them side by side, you’ll notice a few slight differences. The Charge 4 seems a lot larger on paper, but the tapered design gives it a very similar feel to the Charge 3.

With a very similar body, the Charge 4 also has the exact same high-resolution (100×160) 1-inch greyscale OLED display with the Fitbit logo underneath. However, the Charge 4’s screen is slightly more advanced due to better backlighting that adjusts to different lighting conditions.

Fitbit introduced a whole new navigation with the Charge 3, and nothing has changed on the Charge 4. The screen is fully touch-enabled for taps and swipes, and the divot on the left side is actually a haptic inductive button that acts as a shortcut to the settings, dismisses alarms, and activates Fitbit Pay. If you’re coming from a Charge 2, it’ll take some getting used to, but it’s vastly improved over the physical button and tap-screen on the Charge 2.

The Charge 3 already had an array of powerful sensors, and the Charge 4 only builds on it. The Charge 4 makes NFC standard for Fitbit Pay (previously it was limited to the SE model) and also adds built-in GPS, a first for a Fitbit tracker. Both models are also swimproof up to 50 meters.

While the Charge doesn’t run anywhere near the number of apps that the Versa does, its library more than covers the basics. And on the Charge 4, you get two new ones: Agenda, which is basically a mini calendar, and Spotify, which lets you control what’s playing on your phone if you have a Spotify Premium account.

The Charge 3 and Charge 4 can also receive notifications from your phone, and if you’re using an Android phone, you can set custom quick replies for responding to text messages.

The main features of the Fitbit Charge obviously revolve around heath and fitness tracking, and both versions bring an array of apps and features to help you get and stay fit.

The biggest new health feature on the Charge 4 is Active Zone Minutes, which will also be coming to the Versa and Ionic smartwatches, but not the Charge 3. To get more personalized workout results, Fitbit will establish heart rate zones using personalized fat burn, cardio, and peak heart rate metrics to optimize your effort during workouts. Then your Charge 4 will alert you when you’ve reached your target heart rate zone and record it on a Workout Intensity Map available in the Fitbit app.

You’ll also be able to track your Sleep Score on the Charge 4 and use Smart Wake to gradually wake up at a set time rather than being jolted out of deep sleep.

Both the Charge 3 and Charge 4 offer full 7-day battery life including sleep and normal exercise tracking. However, if you turn on GPS on your Charge 4, it will be significantly lessened. Fitbit estimates that GPS use will drop the battery life to five hours due to the battery-gobbling GPS chip constantly sending and receiving a signal. Runners and cyclists will want to turn it on before a workout, but for the most part, it’ll stay turned off.

Like the Charge 3, the new Charge 4 is available in two colors with a few different band options.

While the black option is very similar to last year’s graphite color, the rosewood model is closer to the Versa Lite’s mulberry shade of purple than rose gold. Fitbit has also made new bands to match the Charge 4’s colors, though any of the Charge 3 bands will fit as well.