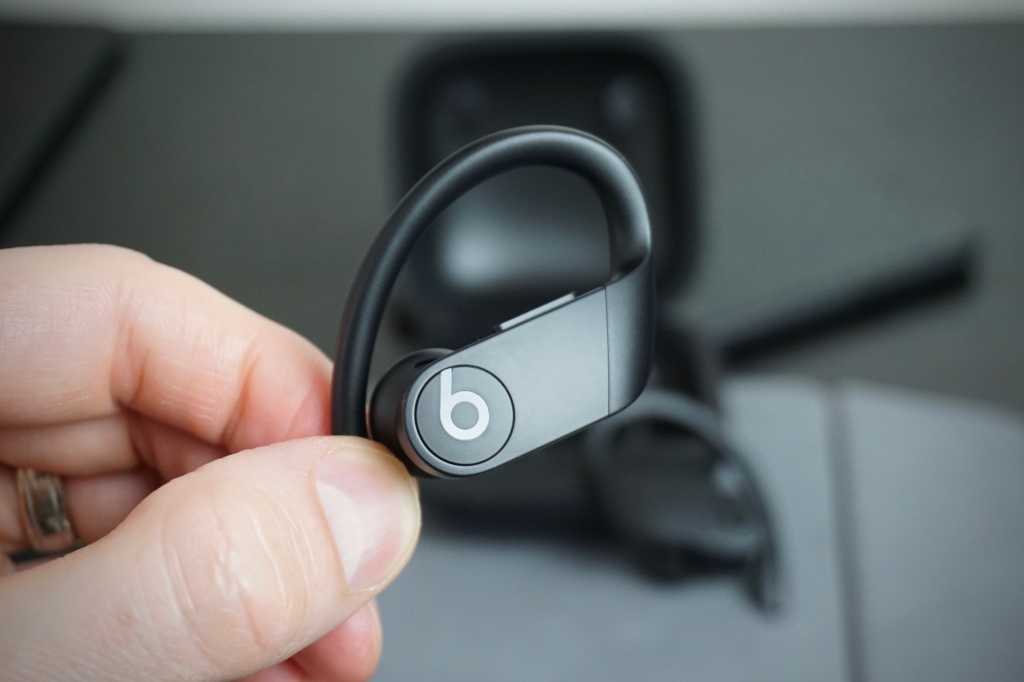 Out of all of the companies Apple has purchased over the years, Beats was the most perplexing. Not only was it a whopping $3.2 billion, it also brought a highly recognized brand under the Apple umbrella, along with some very high profile personalities, including Jimmy Iovine, Dr. Dre, and Trent Reznor, all of whom have moved on from prominent roles within the company.

But it all kind of worked. At the time, the brass ring in the Beats purchase wasn’t the ultra-trendy cans, it was the Beats Music subscription service that had a small but loyal cadre of listeners. Barely a year after the acquisition was finalized, Beats Music morphed into Apple Music, and some 60 million subscribers later, it clearly worked out. Apple Music is one of the premium listening experiences out there, with plenty of room to grow.

Over the years, Apple Music has basically extinguished any trace of the soul of Beats Music. While some visual throwbacks remain and the hand-curated playlists are still a thing, Apple Music is most definitely a product for Apple users. Yes, there’s an Android version, but Apple doesn’t market Apple Music to buyers of the original Beats in any way. In fact, you won’t even find a single mention of it on the Beats by Dre site.

You will, however, find headphones. Lots of them. Since Apple’s acquisition, Beats has actually expanded its headphone offerings and now sells nine different sets of headphones, ranging from the wired urBeats 3 for $60 to the Studio 3 Wireless for $350. But there’s no mistaking the Apple influence. The Powerbeats Pro charge with a Lightning cable. The new Powerbeats have Apple’s H1 and W1 chip for easy pairing, and support hands-free Siri commands. And of course, purchase buttons on the Beats website send you straight to the Apple Store.

And that’s where you’ll find Apple’s own offerings: AirPods and AirPods Pro. For $159, $199, and $250, you can buy a pair of Apple’s extremely popular and instantly recognizable true wireless earbuds that pair instantly with your iPhone and offer more than 24 hours of listening time with their charging case.

Now there are strong indications that Apple is looking to expand its line of headphones. Rumors have been circulating for months about Apple’s over-ear headphones, but a recent flurry of reports seems to indicate that they will be arriving sooner rather than later. First, there was a leaked Target product listing for AirPods (X Generation). Then 9to5Mac uncovered an icon in an early iOS 14 build that depicted an unreleased pair of studio headphones. And finally, Jon Prosser on Twitter teased the WWDC launch of Apple’s over-ear headphones for WWDC and AirPods X “for sports/running” later in the fall.

But Prosser also threw in an intriguing bit of commentary as part of his leak: “End goal: phase out Beats.” Prosser told Macworld that his source pitched that as the “long-term” goal, so it’s not like he’s saying it will happen anytime soon. Meanwhile,  9to5Mac has since thrown some cold water on Prosser’s claim, saying that killing Beats “is not (a strategy) that should be viewed as being on the table for Apple.”

But I think they’re both right. No, Apple isn’t going to shut Beats down tomorrow or even this year. But yes, it’s the plan for the future. Even if we reach the day where Beats doesn’t exist anymore, its DNA is forever entwined with Apple’s.

Apple has owned Beats for the better part of six years now, and it’s clear that the purchase has more than paid off. Apple Music and AirPods have obviously borrowed liberally from Beats’ audio IP, but its effect can also be felt on HomePod and the speakers on the MacBook Pro. Maybe it’s audio output is too bass-heavy, but there’s no denying the impact Beats has had on Apple’s product line.

It’s true that Apple still makes money every time a pair of Beats headphones is sold, but it’s such a small piece of Apple’s sizable pie, it barely matters. At its peak, Beats was making $1.5 billion in revenue a year. Annual revenue is likely well under a billion now, however, which works out to around $250 million a quarter, little more than a rounding error on Apple’s balance sheet.

But still, Beats is a very visible brand. Athletes, influencers, and musicians can still be seen wearing them, even if most of them have AirPods too. So getting rid of the brand entirely wouldn’t go unnoticed.

But as Apple continues its push into “hearables” and supplants more of Beats’ popular products with its own version, more and more of the luster will begin to fade from the Beats brand. Even with an eye-watering price tag, Apple has already gotten its money worth from its Beats acquisition. I agree with Prosser that it’s just a matter of time.

Besides, Apple already begun phasing out non-iPhone users with Siri and Lightning on Beats’ most popular earphones, and if that becomes the norm, fewer and fewer Android users are going to buy them. And once that happens, few people will even notice when Apple pulls the plug on the once-iconic brand.

No matter what, Beats will forever be a part of Apple’s audio makeup. Dr. Dre and Trent Reznor may be long gone, but the impressions Beats has had on Apple will last far longer than the “b” logo.