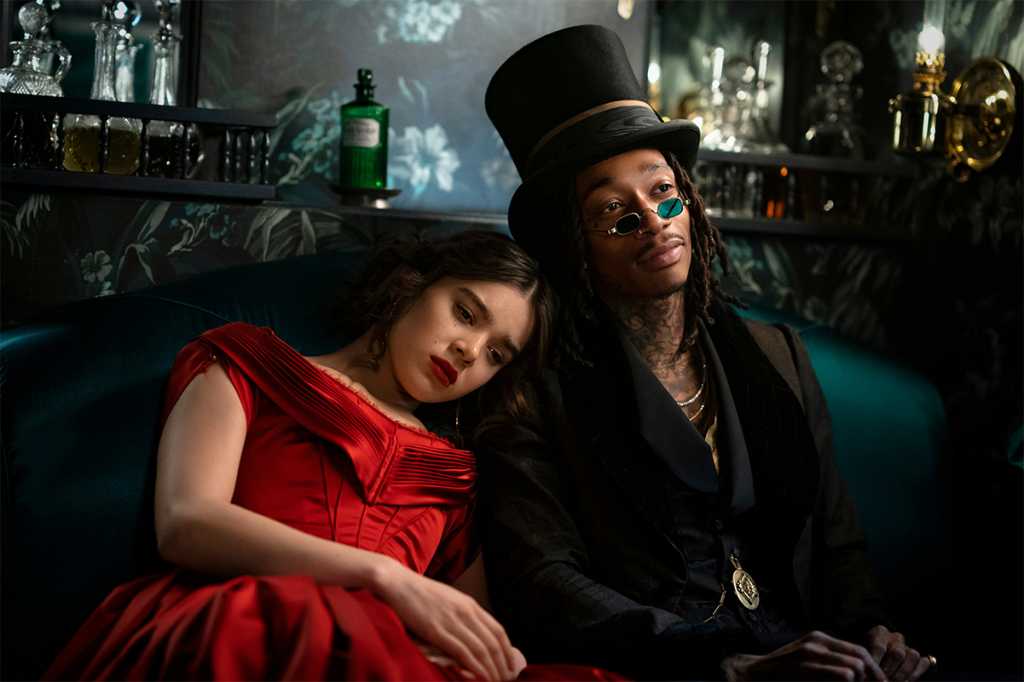 Apple is now offering several of its Apple TV+ shows and movies for free for a “limited time,” and at a time when most of us are stuck in our houses. Even if you’ve avoided it until now: C’mon, it’s a good time to give Apple TV+ a try.

It’s still a tiny service in comparison to competitors like Disney+ and Netflix, but five months after launch, it now offers enough of a library that you might have a hard time figuring out what to watch first.

Nothing is particularly bad, and if you like post-apocalyptic scenarios with a Waterworld-flavored aftertaste, then by all means, watch something like See. But if you want to see the productions with the quality you’d expect to see from a company like Apple, here’s what we recommend starting off with.

Note: Apple still doesn’t have a lot of movies, so I’ve kept them off this list. But if feature films are more your speed, I’d start with The Banker, a tale of two African-American businessmen who use a white man as their front in the 1950s and ‘60s. For a documentary, check out The Elephant Queen.

With Little America, Apple encourages empathy for American immigrants by letting us witness their experiences through their own eyes. It’s a powerful statement on the importance on showing, not telling.

Each of the first season’s eight episodes focuses on a different set of immigrants, ranging from a Nigerian man who ends up in Oklahoma to a gay man in Syria who suddenly finds that his home can no longer be his home. Each episode is technically fictional, but short codas at the end of each tale feature the immigrants that inspired the stories and prove they’re just across the border from truth.

Little America has many bittersweet moments, but it never gets as dark as, say, El Norte. Instead, Apple aims for inspirational, being careful to avoid seeking pity and making any inflammatory political references that might cloud its message. It’s a delicate dance that largely works here, as Little America manages to show that our humanity is a citizenship that transcends artificial boundaries.

What if the Soviets had beaten the Americans to the moon in the summer of 1969? For All Mankind— the brainchild of Battlestar Galactica helmsman Ronald D. Moore—suggests the events afterward might not have been so bad. In fact, it has the guts to say that some things might have worked out for the better.

Because of the “need” to one-up the Soviet Union during the Cold War, for instance, several social advancements that took years to fall into place in our own timeline might have gotten a kick start. Women in particular might have enjoyed a greater range of freedoms sooner.

But the strength of For All Mankind is that it doesn’t take that one setback and use it the rah-rah the plot back in the direction of blind patriotism. It shows that people will be as petty as they’ve always been even in alternate timelines, and it also calls attention to the militaristic bedrock of NASA that’s usually silted over with good PR here in the real world. And yes, there’s even a bit of science fiction, suggesting that a prolonged space race might have gotten us farther into the heavens than we are today. That’s at once uplifting and depressing.

Video games may make more money than movies these days, but few people outside the industry have any idea of all the pain that goes into making the pixels. Mythic Quest—from many of the same minds behind It’s Always Sunny in Philadelphia—is a workplace comedy that goes a long way toward changing that, focusing as it does on the studio behind a World of Warcraft-like MMORPG on the eve of its first expansion.

Not everything is entirely true to life: Witness, for instance, the two-person testing team for a game with millions of players. But Mythic Quest works so well is large part because many of its goofy sequences have roots in real problems faced by game studios, whether it’s loot boxes, the struggles of women in the workplace, or even the occasional infestation of white supremacists. Popular developer Ubisoft even pitched in to cobble together assets from games like For Honor and Assassin’s Creed to make a believable-looking fantasy game.

Emily Dickinson was one of history’s most famous shut-ins, as well as a deeply gifted poet who wrote gloomy stanzas you can usually sing to the tune of “The Yellow Rose of Texas.” Wonder of wonders, Apple successfully uses this unpromising setup for Dickinson, a gloriously anachronistic series that walks us through the poet’s life as a young woman (played by Hailee Steinfeld). The costumes are dazzling, but this is no stuffy Downton Abbey-esque period drama. Partygoers twerk. Billie Eilish’s beats thump in the background at balls. A top-hatted Wiz Khalifa whisks Emily through the darkness in the role of Death.

It’ll be interesting to see how well all this ages in a few years, but right now it’s an effective means of showing that today’s young women deal with some of the same troubles faced by their counterparts in the century. Set in the years before the Civil War, Dickinson also has some smart things to say about race relations. Remarkably, it also manages to give Emily’s poetry its due respect, and thus serves as an unexpected but effective gateway to her work.

Servant is Apple TV+’s nod to the horror genre, but it’s not so much scary as it is deeply unsettling. It’s a tale about a couple who finds that a doll used as a therapeutic stand-in for their dead son seemingly comes to life after the arrival of a new housekeeper. As it hurtles toward the season finale, the story grows increasingly complex—and creepy.

It’s also Apple TV+’s most beautiful production in terms of cinematography. The camera lingers on characters’ lips to create a sense of conspiracy. Long shots down narrow hallways create feelings of both distance and entrapment. And then there are the shots of food in various states of preparation, which does a lot to make up for the absence of the gore commonly associated with the genre.

Excellent performances abound, but the standout performance comes from Rupert Grint, who both serves as comic relief and demonstrates that his acting talents extend far beyond what we saw in Harry Potter‘s Ron Weasley. Also, great American accent, man.

Apple designed The Morning Show to be an award-winning, launch-year flagship, and several months after launch, it’s still the Apple TV+ show a random person on the sidewalk will most likely be able to name. And it’s a fine effort, even if it takes a while to get rolling (much as Apple TV+ itself did).

The foundation might be a 2013 nonfiction book by Brian Stelter about the way the strings are pulled behind popular morning TV programs, but Apple turned The Morning Show into something special by using it to craft a fictional story that smartly addresses the nuances of the #MeToo controversies. It’s also proof that Apple has a good idea of what it’s doing when it gets highly recognizable talent like Steve Carell, Jennifer Aniston, and Reese Witherspoon together on the same screen. On top of the stellar performances, it’s also fun to spot all the Apple products scattered throughout each episode. Just don’t make a drinking game out of it, as it may not end well.