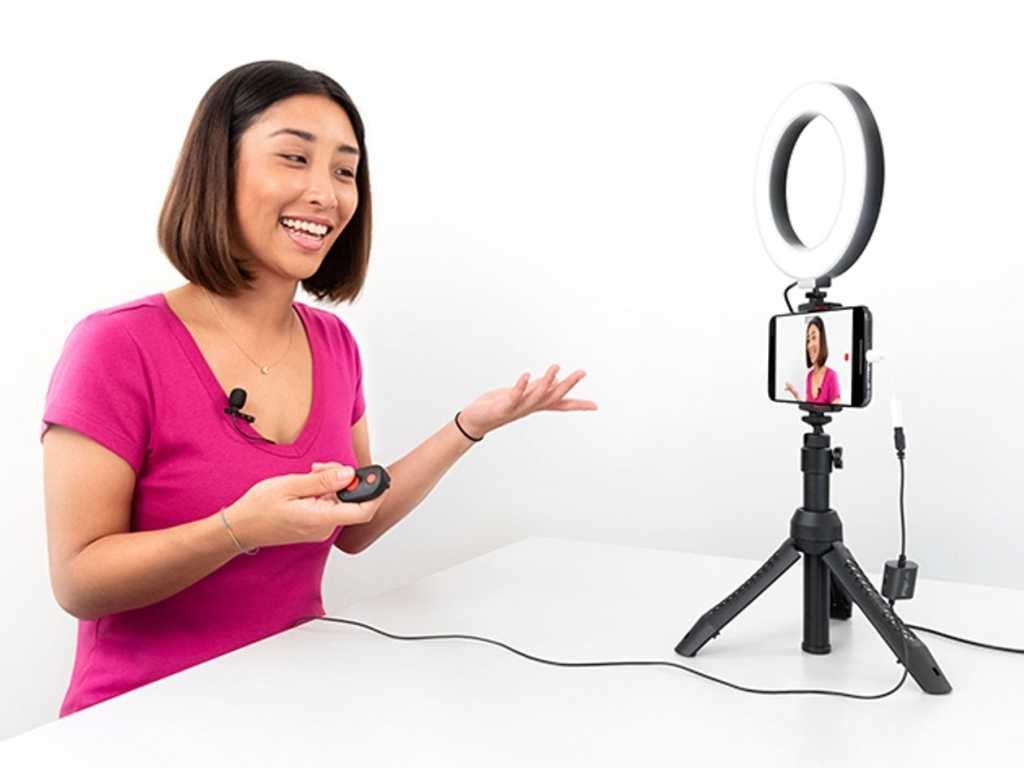 YouTube, TikTok, Instagram, Facebook Live: There have never been so many ways to get your content out there, especially when most people have a fully capable video camera in their pocket. Anybody can do it, and most everybody does.

But, just because you can film yourself on the fly doesn’t mean you should – especially when you’re trying to put your best foot forward to thousands of potential viewers. If your room is a mess or the lighting is off when you film, whatever you record could be doing your brand more harm than good.

If you’ve seen a professional vlogger’s recording setup, you might think there’s a wide gap between affording that kind of quality and a simple handheld setup. Luckily, that’s no longer the case. Not when there’s affordable and effective gear like the iRig Video Creator Tool Bundle.

It’s basically a mini-production studio designed specifically for smartphone users. It has everything you might need to turn your videos into eye-catching web content that stands apart from the pack.

First and foremost, there’s the extremely versatile camera mount. Any phone can attach to the iKlip Grip Pro thanks to its UNC connector. Once it’s on, the mount converts easily between a handheld grip, monopod or tripod that can stretch out to floor-length or retract for desktop use.

There’s also a 6″ LED ring light, fully adjustable for both color and brightness. Used correctly, it can make all the difference in picture quality. Finally, you get a clip-on Lav mic for crystal-clear audio that hooks into your headphone jack.

If you’re starting to build a web presence or just want to put a better image out there, this is a rig that will set you apart from the rest. Best of all, the iRig Video Creator Tool Bundle is now 10% off the MSRP for a grand total of $89.99.