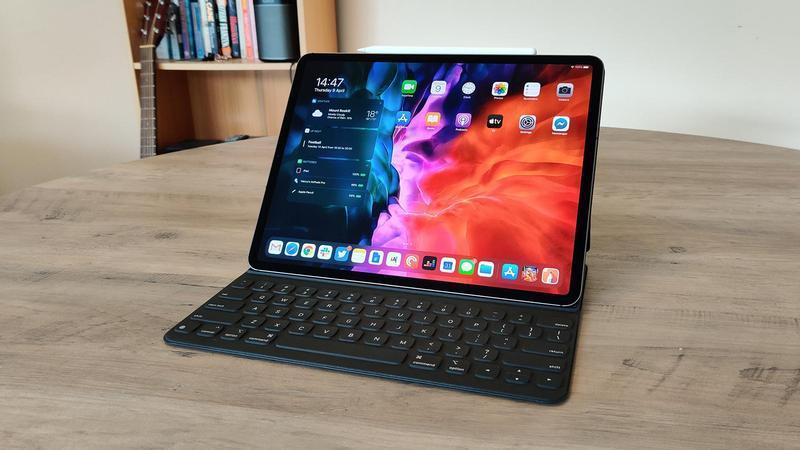 Apple released the 2020 iPad Pro at a strange time. With the coronavirus pandemic in full swing around the world, the new tablet was announced with a simple press release rather than an extravagant event.

What we got appeared to be little more than a minor upgrade, gaining an extra camera and a LiDAR sensor, some more RAM (according to reports), a new(ish) chip and not a lot else.

The 2020 iPad Pro is the best iPad ever. It’s just that it was released at a time where there are more important things in life to worry about.

Now that I’ve acknowledged this, let’s jump into a self-aware escapist review, shall we?

Editor’s note: The following article is reprinted from Macworld UK. Visit Macworld UK for the latest Mac news from across the Atlantic. We’re still waiting for Apple to send us a 2020 iPad Pro review unit, so hopefully we’ll publish the official Macworld review in due time.

If it ain’t broke

Apple barely changed the design of the new iPad Pro from the 2018 generation that completely reinvented the look (read our iPad Pro 12.9in 2018 review for more on that model). This is a good thing. In either Space Grey or Silver, it’s a stunning piece of hardware with flat edges and rounded corners that recall the beloved iPhone 5 design.

That means there still isn’t a headphone jack and you get USB-C charging and connectivity rather than Lightning. The 18W charger in the box is stingy of Apple, given the company’s 30W adapter charges it up much faster.

The 120Hz 2048 x 2732 LCD is phenomenal and a pleasure to use in all but direct sunlight, where reflections become an issue. With peerless True Tone colour adjustment, this is easily the best tablet display you can get.

The A12Z Bionic chip is a small upgrade from the A12X in the 2018 Pros. It is still an eight-core chip, but it adds an additional GPU core, meaning the 2020 Pro has faster graphics processing. The CPU performance is architecturally identical.

The 2020 iPad Pro is ridiculously fast. It hasn’t stuttered once even when I was switching between 10 or so different apps during a heavy work day. Whatever you throw at it, it seems the 6GB RAM helps no end in keeping things incredibly speedy, and Apple Arcade games look absolutely stunning on the large display as they process without a hint of lag.

Face ID is a revelation, like it was on the iPhone X. Here, it works both portrait and landscape so you can still unlock or confirm your identity if you’re holding the iPad sideways or using it with a docked keyboard.

It also packs in five microphones for recording audio and the very good quad-speaker array from the last Pro model.

Apple announced a fancy Magic Keyboard for iPad Pro with a cantilever design that means the iPad is floating. It adds a backlit, scissor-switch keyboard and USB-C passthrough and is compatible with the 2018 models too, but I couldn’t review it as it doesn’t ship till May and Apple hasn’t got samples to give yet.

You don’t have to get a keyboard case for the iPad Pro, but you probably should unless you’re a designer or artist who plans to use the iPad Pro with the second-gen £119/$129 Apple Pencil. It remains an excellent input device for creatives and note-takers and charges magnetically on the side of the iPad.

My review unit is the 1TB model with cellular, which costs a staggering £1,619/$1,649. I don’t need that much storage, but I recommend getting as much as you can afford to future-proof your purchase, with 256GB and 512GB good in-betweens.

I personally love the cellular feature and tend to run my second SIM through an iPad when I can. It makes searching for public Wi-Fi a thing of the past and it’s great, but I still recommend you get more storage if it’s a toss up between that or cellular.

Getting past the mental blocks

When you have all these pricing tiers and accessories to consider before you even have the iPad Pro in your hands, no wonder it can seem like a silly idea. “Just buy a MacBook Air!” people cry, “It has a keyboard built in!”

But this is to miss the point and the essence of the iPad Pro. The keyboard and Pencil are options because the product’s target market is people who do more than watch Netflix on their iPads, or people who want to use a stylus. Apple is trying to move the iPad Pro’s rhetoric from whether it should replace a laptop to considering what its modular versatility can bring to a wide range of professionals. Its “Your next computer is not a computer” ad is proof of this.

Like other reviewers, no doubt, I sat down with the iPad Pro at my desk, from which I had just cleared my PC and Mac setups, and thought: “I’ll do a day’s work and see what goes wrong.” I quickly realised this is a reductive way to view the iPad Pro. It isn’t meant to jump in and mirror your PC or Mac’s workflow because it runs iPadOS (neé iOS), an app-based operating system without the granular file access offered by other platforms.

The point isn’t that you need to buy a keyboard and Pencil to use the iPad Pro, it’s that it can be a fully functioning device with or without either of them. Its accessories make it a chameleon of computing that can serve several different needs in a way a MacBook simply can’t.

I can binge Tiger King in bed with just the iPad after using the Measure app to line up a new framed print on the wall, or attach the keyboard to bash out a tedious spreadsheet before doing an awful sketch of a cat.

Caught in the mousetrap

Just because the iPad Pro with a keyboard looks like a laptop, it doesn’t mean you should treat it as one. But Apple has dared to confuse us further with the full support of trackpad and mouse input with iPadOS 13.4, a software update that supports every iPad right back to the iPad Air 2.

I tested this out with Apple’s Smart Keyboard Folio and my Microsoft Surface Precision Mouse (a Magic Trackpad 2 wasn’t available for testing). Sitting down to word-process this review became far more bearable on the iPad thanks to the cursor control I gained. Being able to highlight text without touching the display is not only faster but mirrors the usual desktop experience. It made me so much faster at the task.

Apple isn’t trying to make the iPad Pro a Mac by adding a trackpad, or conceding that the Mac is better. Rather, the company is making it easier for more people to get to grips with a wildly different OS by adopting a familiar input method, and in the process highlighting the unique modularity of the iPad Pro’s ecosystem. You can add what you want to make the experience work for you, but the core tablet is all you need to start with.

The only noticeable hardware difference from the 2018 iPad Pro is the camera module, which now is a squircle with a 12Mp wide and a 10Mp ultra-wide lens. The latter is new, and opens up some extra photography options for those who like to embarrass their children on holiday by using an iPad to take photos.

Here’s the main lens in action:

And here’s the ultra-wide lens:

Otherwise it’s mainly there to work in tandem with the tiny LiDAR sensor that’s next to it. LiDAR stands for light detection and ranging and is most commonly used in topographical mapping technology.

On the iPad Pro, and on some premium Android phones, it acts as a time of flight sensor to accurately tell the distance between camera and objects by bouncing light off it. It means that the Measure app is now more accurate and faster to load, and games like Hot Lava are able to anchor game elements better.

Realistically, though, the addition of the LiDAR sensor is marketing spiel – it feels like it’s there to cover up the fact that Apple really didn’t change much compared to the 2018 iPad Pro.

Aside from the trackpad support, iPadOS 13.4 is the iPad maturing. When you’re used to it, Split View and Slide Over are a doddle and after a couple of days away from my Mac I was into the iPad frame of mind.

Additions like the Today view on the home screen show Apple is finally shifting its rigid stance on a grid of apps, while the same can be said of the functionality afforded by the app dock that makes multitasking much faster and means you don’t have to return to the home screen constantly.

What software you use on the iPad Pro really depends what you’ll be using it for. Apple bundled the classic iWork suite of Pages, Numbers and Keynote so if you live in Apple’s ecosystem, you’re good to go for basic work tasks.

Of course, Google’s similar apps are free but after that, what you want to do on the iPad will probably mean spending money on some apps.

I feel that because the average person does not like to pay for apps on their phones they might look at an iPad like a big phone where software should also be free. But for a productivity device like the iPad Pro, you really do have to spend a little to get the most out of it.

There is a plethora of amazingly good third-party iPad apps. I wrote this very review on iA Writer (£8.99/$8.99 one-off payment), a distraction-free text editor designed for iPad that lets me work in different formats. It’s brilliant. It’s not free.

Equally, apps like Photoshop, Procreate, Things 3, Notability and Fantastical are good creative and productive apps but will require a one-off or subscription or payment.

If this doesn’t sound appealing, you might be better off with a MacBook where much of the action happens in a web browser for the average user. (See iPad vs MacBook for an in-depth comparison.) The iPad Pro is built on professional productivity apps, and you will probably have to invest in that belief to get the most out of it. If not, you’ll get frustrated at its apparent shortcomings if you try to use it for work.

That said, Netflix on it looks sumptuous.

The iPad Pro is not a direct laptop replacement. Rather, it can conceivably replace your laptop if you have a workflow and attitude that allows it to.

The best thing about how the iPad Pro has matured is its embrace of the modular ecosystem. The iPad itself is the core, and you can add a trackpad, keyboard or monitor if you want to. Apple makes the tools, it’s up to you how you use them.

Many people will be better suited to a MacBook, and that’s fine. If you want the hardware versatility, great battery life and cellular connectivity of an iPad Pro then take the jump. But you’ll have to be prepared to work for it in order to get used to a new way of getting things done.