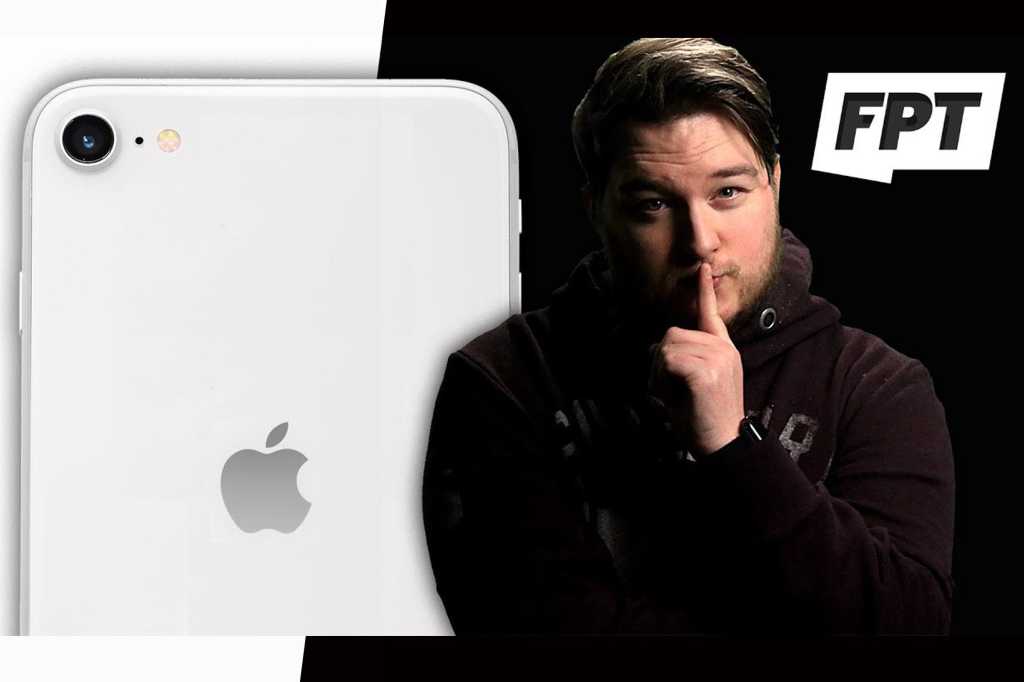 On March 15, little-known Apple leaker Jon Prosser tweeted, “Probably the weirdest timing ever… but new Apple products this week.” Three days later, the new iPad Pro and MacBook Air arrived. On March 31, he tweeted that the iPhone 9 (the previously rumored name for the iPhone SE) would arrive on April 15 and ship on April 22. Other than a slight miss on the ship date—it’s actually arriving on the 24th—he was the only person on the interwebs to nail that one, too.

So, if the name Jon Prosser wasn’t known in the Apple rumor community before, it almost certainly is now.

“It’s interesting to see how I didn’t actually change but suddenly things are different,” said Prosser in an interview with Macworld earlier this week, when the iPhone SE was still just a rumor. “Because a lot of people, especially from the media, are watching and they’re picking apart my jokes and it’s just weird.”

Prosser isn’t just an Apple leaker on Twitter. His day job is running  the “Front Page Tech” YouTube channel, which has more than 200,000 subscribers at last count. A focus on him had already increased views and subscribers before his iPhone SE prediction came true, and now they’re set to explode as more Apple fans and watchers turn to him as a source in the model of Mark Gurman, Ben Geskin, and Ming-Chi Kuo.

“Throughout at least the last year, my credibility has been a big priority. I wanted to blur the lines between a funny show and actual journalism,” Prosser said. “I don’t want to say that I’m nervous, but I am trying to be more aware of how I say things and for the first time ever, large portions of episodes are scripted. There’s way more time and attention that goes into an episode now.

“It’s my name, it’s my reputation, and it’s eight years of my career on the line every time I say something.”

Prosser has suddenly become an unofficial authority on one of the most beloved tech companies in history. The right Apple rumor can spread like wildfire from the digital pages of MacRumors to the New York Times, and Prosser is aware of how easy it is for his creator persona to influence how people digest his information.

“I’m being judged almost completely on my personality,” he said. “I play a character on my show, it’s me turned up to 11, and my absolute first priority with ‘Front Page Tech’ is comedy …. I think that gets lost in the translation and they don’t see my information as credible because I’m not a publication, or it’s clouded in a joke they didn’t like or something like that.”

After accurately predicting every rumor he’s posted this year—including Apple’s retail store closings and the cancellation of the March iPhone SE event, not to mention Samsung Galaxy S20 pricing—his audience is growing and people are paying attention, jokes and all. And, yes, there are jokes. Prosser refers to his fans as the Toilet Squad and uses toilet paper emoji to rank the veracity of his rumors. His videos are filled with bathroom humor, sarcasm, and some good-natured ribbing at outlets who get rumors wrong.

‘I’m confident in my information’

If his track record continues on its current trajectory, Prosser’s tweets will likely generate their own news cycles. Indeed, now that the world knows his iPhone SE information was accurate, his other predictions—including new AirPods X for runners, over-ear headphones, AirTags, and a new MacBook Pro for WWDC—suddenly have more weight.

Prosser trades in rumors with a certain degree of risk. While major publications employ some of the most well-known leakers of iPhones and iPads (Bloomberg’s Mark Gurman is probably the most famous), Apple doesn’t always stand off to the side as a simple observer. In fact, the company has taken serious legal action against rumor sites in the past, famously leading to the shutdown of popular rumor site ThinkSecret back in the pre-iPhone days. And Prosser himself is no stranger to Apple’s ire, having briefly published internal documents on Twitter, which he concedes was “unnecessary and a bit too far.”

While Prosser says he considers himself an entertainer first, he doesn’t treat his leaker’s role lightly. He says he doesn’t pay sources or even seek them out. And he told me that he goes to great lengths to protect the people who provide him with information. For example, before he published a somewhat blurry photo of the C68 prototype—better known to the Apple community as AirPower, take 2—he wanted to make sure the picture couldn’t be tied back to his source. So he sacrificed image quality for anonymity, and “had him FaceTime another person. And then that person took a screenshot. That’s how we got that picture.

“We organized a way to publish a picture, get the first look at it, and keep everyone safe at the same time.”

Prosser is keenly aware of his “limited safety net” to get things wrong, and as such says he is “very selective” about what he chooses to report. “Days of research and conversations with multiple sources” go into a single tweet, and he won’t publish anything that isn’t corroborated by a second or third source. He says protecting the identities and jobs of sources is his number-one concern, even before the clicks and views.

“There are sources of mine that were sources for previous publications that were screwed,” Prosser said. “There were publications, especially this year, that published Apple software information that were asked not to by the source, and it almost cost them their jobs. So that source will no longer trust them or will work with them, and now works with me.”

Apple’s roadmap provides fertile ground for Prosser and his sources. He told me that he’s currently in possession of unpublished CAD files for future products, doesn’t think the iOS 14 widget rumors will come to pass, and is sitting on more stuff he’s not ready to share yet. “There’s a few leaks that I have that are good that I’m excited to publish,” he said, “but I know they’ll mean more and matter more after I get the iPhone date right.”

“I don’t really look at it is I’m competing with people,” Prosser says. “If it takes me into Mark Gurman territory where I’m expected every year and looked at for leaks, cool. But right now all I know is I have these sources right now, I’m confident in my information right now, and I wanna have some fun.”