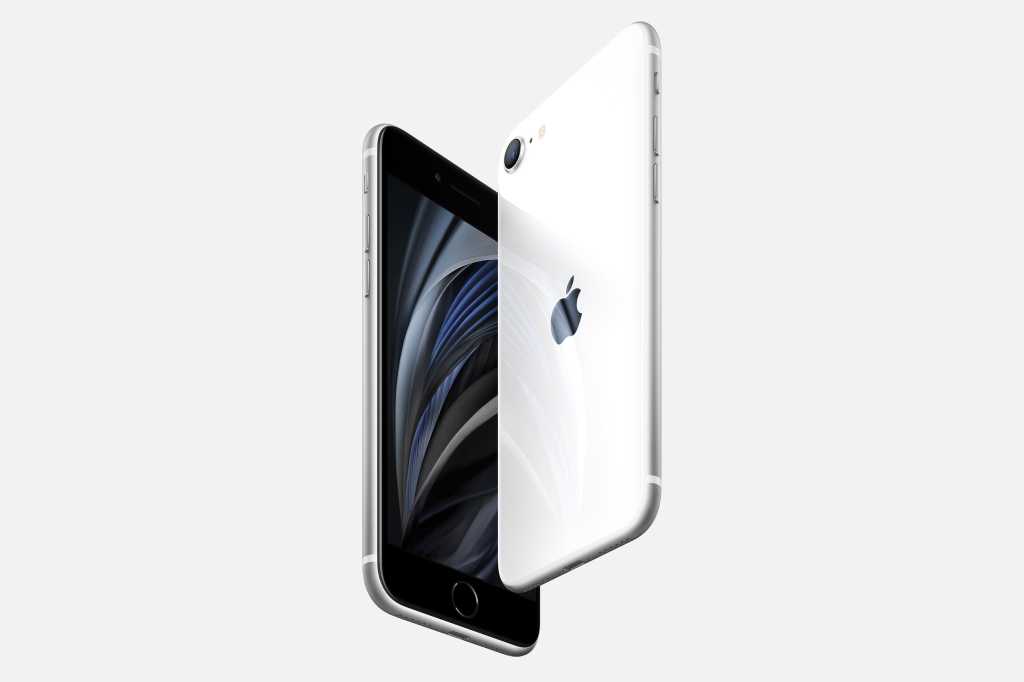 Apple finally released a new iPhone SE, an iPhone that doesn’t cost more than your monthly rent, and it has prompted you to finally upgrade. You probably want to dive right into the phone the moment you get the box in your hands, but let me implore you to take a beat and do a little prep first.

We have setup advice you’re going to want to pay attention to. Sure, it seems like an unnecessary waste of time and you want to get going with your brand new phone now, but this stuff is going to really save you a lot of time and frustration later.

1. Back up and restore

That’s right, you’re going to want to back up your old iPhone after you have your new iPhone SE in hand, so the backup is as up-to-date as it can possibly be. You can back up via iCloud, in iTunes, or in the Finder.

For a Mac backup (macOS Catalina): Connect your old iPhone to your Mac, open a new Finder window, and select your iPhone in the left column in the Locations section. You’ll see a window that looks like the iPhone management window that used to be in iTunes. In the Backups section, choose, Back up all of the data on your iPhone to this Mac. Checking Encrypt local backup is a good idea, so your account passwords and Health data gets backed up too—just choose a password you won’t forget. Click the button to Back up now.

When the backup is done, connect your new iPhone SE, then tell your Mac you want to restore from the backup you just made. Later, you can switch back to iCloud backups if you prefer, in Settings > iCloud > Backup. But it never hurts to run a backup on your own Mac every now and then.

For a Mac backup (macOS Mojave or older): The backup process is similar to that described above for Catalina, but instead, you use the iTunes app. After you back up your old iPhone, connect your new one. iTunes will take you through the steps for set up.

For an iCloud backup: No need to connect your old iPhone to your Mac. Just launch Settings and tap on your Apple ID profile at the top, then go to iCloud > iCloud Backup and select Back up now.

When setting up your new iPhone SE, you can restore your iPhone from this backup once you’ve logged into your new device with your Apple ID.

If you happen to be coming from an Android phone (hey, welcome to the garden!), there’s an Android Move to iOS app that can assist you with getting all of your your Google account data in Mail, Calendars, and Contacts, moving your camera roll over, even transferring your Chrome bookmarks to Safari.

2. Update your old iPhone, then use Quick Start

You’ll go through the rest of the setup process, like enabling Touch ID, and then your phone will be ready to go, set up just like your old iPhone. It’ll even prompt you to update your old iPhone’s backup if it hasn’t been backed up in awhile.

Setting up your phone this way transfers over most of your settings, the arrangement of your home screen, and more. It’s a huge time saver. But it requires iOS 11 or newer, so if you haven’t updated your old phone for some reason, you might want to update right away. You don’t want to have to wait through a big update process once you have your iPhone SE in hand.

After setting up your phone this way, you’ll want to give it a little while to re-download all your apps. Initially, your phone will show placeholder icons for your apps, all arranged and placed into folders exactly as on your old iPhone. But your new phone has to actually re-download apps, because every time you download an app from the App Store, your phone actually grabs a unique version specifically optimized for your iPhone model. But your user data and settings get transferred over, and that’s the important part.

As fast and easy as this is, we still recommend backing up your phone as described in number 1 above. If anything goes really wrong during your setup process, you’ll be glad you did!

Yes, you should use Touch ID for maximum security—it’s the quickest way to unlock your iPhone SE, and will make it less annoying to use a complicated passcode since you don’t have to type it in every time.

You’ll be prompted to set up Touch ID on your iPhone SE during setup. But you should take a moment afterwards to add another finger or two. Maybe you used your right thumb during setup—add your left thumb in case you’re holding your phone in your other hand, and your right index finger in case it’s flat on a desk or table.

Head to Settings > Touch ID & Passcode to add fingerprints. You might even want to add one for your partner if you want them to easily access your phone. Remember than you can change the name of the fingerprints in this menu, too!

Worried about your privacy with Touch ID? Don’t be. No fingerprint data ever leaves your phone—Apple won’t have access to it. And it isn’t accessible by other apps, too.

Since you need to have Touch ID enabled in order to use Apple Pay, this would be a good time to jump into Apple’s Wallet app to set that up. If you’re new to Apple Pay, just follow the instructions within Wallet to add a credit card or two. If you already had Apple Pay on your old iPhone, you’ll notice that your credit cards have disappeared on your new iPhone. Why? For your security, of course. Your Wallet history will still be there, but you’ll have to re-enter any payment cards you’d like to use with Apple Pay.

Great, now you should be on your home screen on your new iPhone, at last. Hit up the App Store first—you’ll want the latest versions of all of your apps. For the most part, you will have grabbed the latest ones when you set up your phone, but there always seem to be a few updates there.

To check for app updates, launch the App Store app, then tap your account icon in the upper right. You’ll find an updates section, as you scroll down. If you used Quick Setup, most of your apps should be up to date already, so this will be, er, quick.

Don’t forget you can have your apps auto-update by flipping making sure the App Updates switch in Settings > your Apple ID > iTunes & App Stores is enabled. Or, you can manually update your apps and just check out the “What’s New” release notes to see what changed.

Apple just released iOS 13.4.1 for the iPhone SE a day before the phone became widely available. You may have already been prompted to update during the setup process, but if not, now is a great time to make sure you have the latest release. Head to Settings > General > Software Update to grab (or whatever the latest iOS release is at the time).

If you use an Apple Watch (or maybe you just bought a brand new Apple Watch to go with your iPhone SE) you’ll need to pair it to your new iPhone to keep the Activity data flowing to your Health app, and make your new phone’s notifications show up on your watch.

Then, launch the Watch app on your new iPhone SE, which will walk you through the pairing process including setting a passcode, unlocking behavior, and Apple Pay.

If your Apple Watch isn’t already running watchOS 6, you’ll want to update it. To upgrade, your Apple Watch needs to be connected to its charger, in range of your iPhone, and at least 50 percent charged. Then look for the Software Update option in the iPhone Watch app. Updating your Apple Watch can be a slow process, so it’s a good idea to get started early.